According to local news sources, board members of Tampa Bay Area Regional Transit Authority met virtually last week to discuss the future of transportation for the area, after being pitched by German air taxi developer Lilium. According to Lilium, flights could carry passengers from Tampa to St. Petersberg in 8 minutes. This journey that could help ease traffic over the two bridges over Old Tampa Bay that currently connect the two cities. The distance of the flight would be about 25 miles, and would cost passengers $90 per seat (significantly cheaper than existing helicopter options). 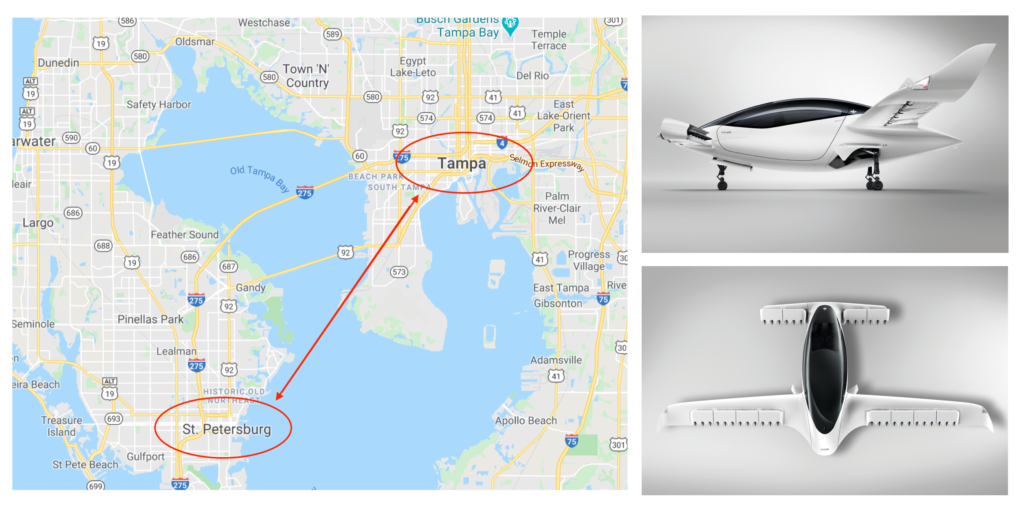 The potential Lilium route in the Tampa Bay Area

Said Chris Jadick, Director of Communications for the Tampa Transit Authority:
“We have real transit needs now…TBARTA is looking toward future transit innovation technology such as air taxis that are really going to define how we travel in the decades to come. One of the things they say is, look, if we can make that flight at eight minutes and it takes a taxi 35 to 45 minutes to do the same thing, we’re going to be more efficient because we can do more flights in less time.”

Jadick also mentioned the potential for autonomous operations in the area saying, “…as technology develops, if we get to autonomous vehicles that do not require a pilot, that too is going to bring the cost down.”

Ultimately, The TBARTA board made a motion to move forward in learning more from Lilium. A representative said: “We’d like to get more information. We’d like to report at our next board meeting on what it would take to do a pilot study”. According to the TBARTA, Lililum was asked when it might be able to launch initial operations, and the company responded with an estimate of 2025.

Notably, Lilium is not the first aerial mobility company to get involved in Florida. Prior to COVID-19, BLADE Air Mobility (which already provides by-the-seat helicopter charters throughout the U.S) had planned an entire sea-to-shore transport route to support tourists visiting Miami for events like the Super Bowl, Art Basel, and the Miami Open. In addition, real estate companies like Royal Palms have begun including rooftop vertiorts in the designs for their upcoming buildings, such as the Paramount Miami Worldcenter. 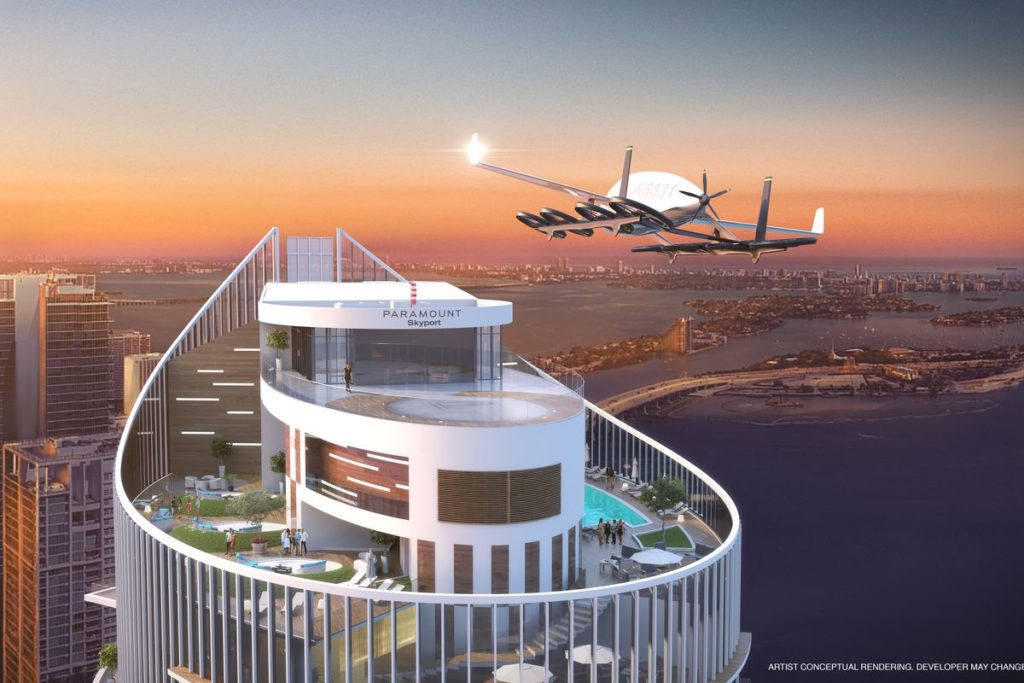 Why it’s important: This pitch in Tampa by Lilium represents the company’s first reported effort into developing air taxis in an area other than Europe. Although Lilium has yet to report how many U.S cities it has approached, this development from Tampa is a strong indicator of its intention to enter the aerial mobility market in the U.S.