After recently unveiling its 7-seater eVTOL jet, Lilium has made news again by selecting Munich and Nuremberg to host the company’s initial air taxi hubs.

Discussions for air taxi infrastructure have been in the making for several years. Companies like Volocopter have already been laying down this groundwork in Singapore and Frankfurt, while EHang has started setting up several hubs in China and even begun tourism operations. 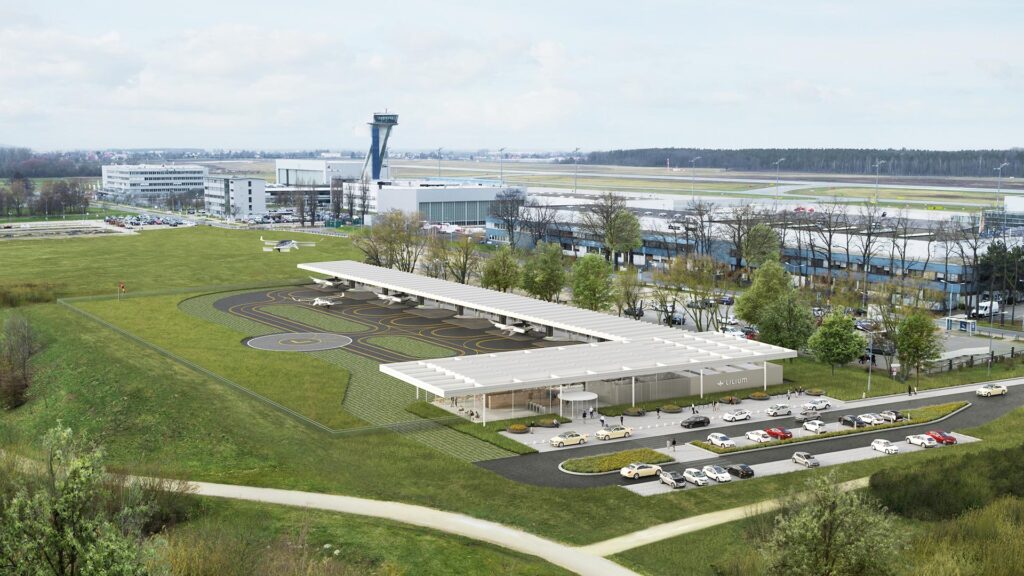 Lilium has begun discussions for an air taxi hub in Florida in the U.S, but also has its attention strongly on European plans. The company hopes to establish its main aerial mobility network in Europe, starting by partnering with existing airports in Munich and Nuremberg. On April 19th, a press release by the company stated that the two hubs in Munich and Nuremberg will enable it to offer air connections between different locations across all of southern Germany.

Said Daniel Wiegand, Lilium’s CEO: “We are doing everything we can to bring our all-electric and ultra-quiet airline service to our home base of Bavaria, as well as to link Munich and Nuremberg even more closely with neighbouring cities and regions. We also want to offer a service for everyone in the Southern German region, with attractive prices and great time savings for all travellers. Munich and Nuremberg airports are key mobility hubs that we will connect with large and small cities throughout the region over time.”

The company’s ultimate goal is to establish aerial mobility networks in highly trafficked cities throughout the globe. In order to do, it has also partnered with Spanish infrastructure company Ferrovial to build at least 10 vertiports in Florida and abroad.

Why it’s important: Lilium is fast becoming one of the world’s leading developers of both innovative eVTOL aircraft and the infrastructure that they will require. Joining companies like Volocopter, Joby Aviation, and EHang, Lilium is slowly transitioning its attention from aircraft development to roll-out plans, signaling the quickening growth and forward progress of the air taxi industry.