With a great deal of ambition, imaginative on-road vehicle designer Ludovic Lazareth and his team have created a flying motorcycle. 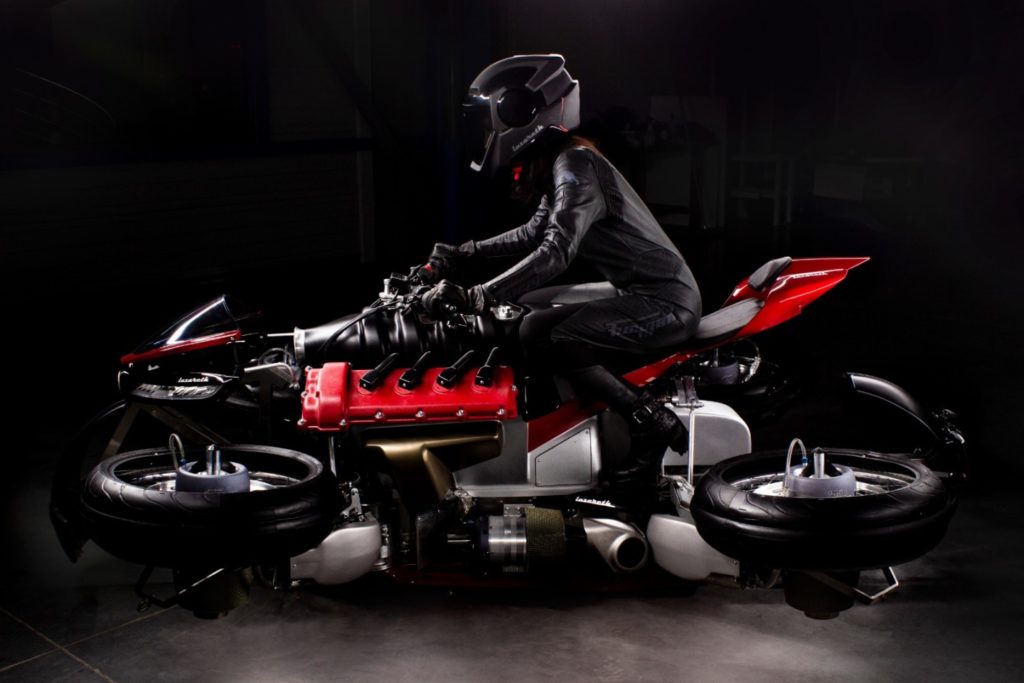 The four wheels of the Moto Volante each have a JetCat turbine (developed by NASA) at their center, and fold out from the vehicle’s body to become the four lift points of the aircraft. Riders pull a switch and turn a few knobs on the control panel, and the wheels fold out into the horizontal flight position while small landing legs come out from the vehicle’s underside. From there, riders can soar through the sky for up to ten minutes. 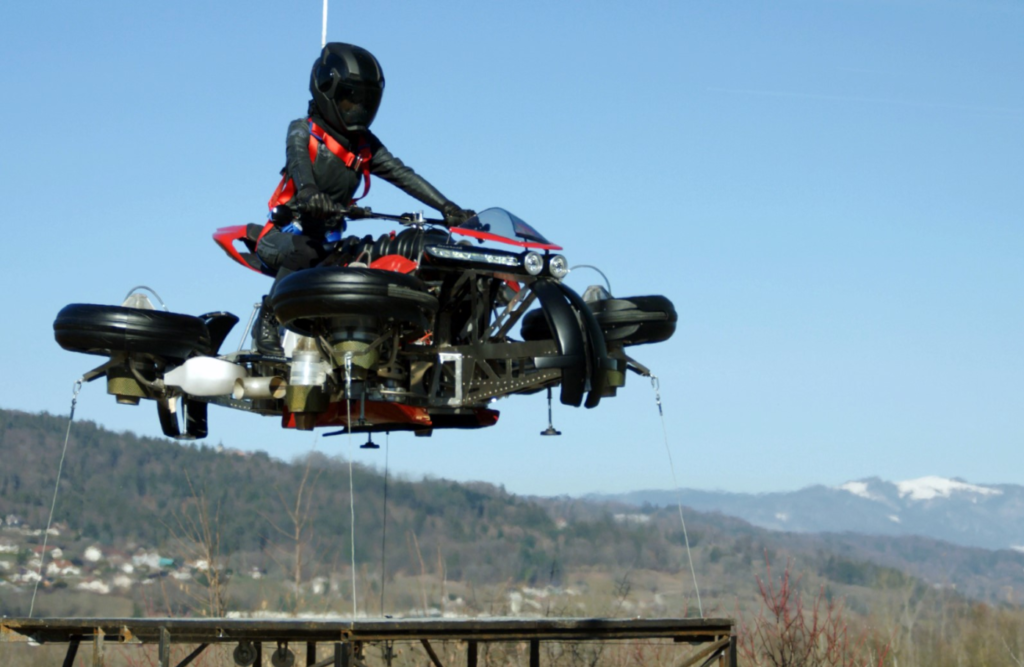 Electric on the ground and jet powered in the air, the Moto Volante was built to challenge the limits of what motorcycles can be. Italian designer Ludovic Lazareth has been designing innovative motorcycles within his own company since 1998, one of the most recent being the LM847, a 470 horsepower motorcycle with a Maserati engine. Lazareth considers himself a mentee of famous auto-motive designer Franco Sbarro.

Although the Moto Volante will cost $500k USD and only five of them will be made, Lazareth isn’t the only company making commercially available personal flying machines. Already on the market for only $100k USD, Hoversurf’s Scorpion S3 Hoverbike has already been sold to the Dubai Police, and Assen Andonov’s is well on its way to market.

Why it’s important:  Since only a few copies of the Moto Volante will be made at an extremely high price, the vehicle itself is more of an exotic engineering challenge rather than something that’s close to market for mass audiences. However, the Lazareth team has shown that this kind of micro flight technology is now possible. Other larger companies even such as Goodyear have taken interest in developing in-wheel lift propulsion, and still others continue to work on personal flight.