Kitty Hawk Moves On From its Flyer Program

Kitty Hawk has announced this week it is ending its Flyer program to focus on its heavier prototype, Heaviside launched last year. This update is to no surprise as the bulk of the eVTOL/aerial mobility market has shifted from the inception of the Flyer to larger vehicles with the ability to carry multiple passengers. Heaviside fits the bill with a top speed of 180 mph and a range of 100 miles. 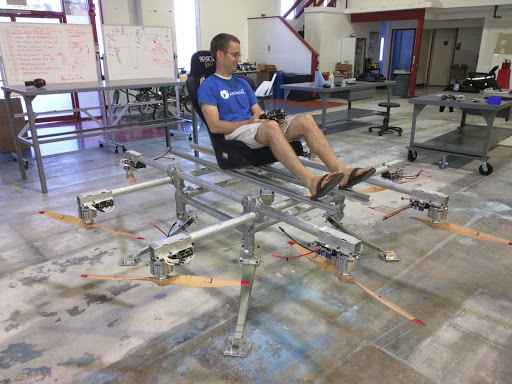 “Today, we are winding down the Flyer project,” Kitty Hawk CEO Sebastian Thrun and Flyer President Alex Roetter wrote in a blog announcement. “We have learned what we needed from it—things like vehicle design and testing, manufacturing aircraft, and most of all, how humans would experience eVTOL. We are proud to have built the first electrically-powered VTOL aircraft in the world flown by non-pilots.”

It should be noted, the incredible accomplishments of Kitty Hawk’s Flyer program were important in developing a deep understanding and strategy for bringing a commercial eVTOL vehicle to market. During its history, Kitty Hawk built over 111 prototypes and conducted in excess of 25,000 test flights.

In its blog post detailing the sunset of the Flyer program, Thrun and Roetter say that, with the closing of Flyer, they are “doubling down” on Heaviside. Further, Kitty Hawk and Boeing have been working for the past year on a strategic partnership centered on another prototype design dubbed Cora, a semi-autonomous two-seat aircraft (now renamed Wisk).

Why it matters: With an impressive logbook of flight tests completed and technical understanding of developing eVTOL platforms, Kitty Hawk is well positioned to get their Heaviside prototype into flight test with a strong configuration from the start. With backing from the likes of Google co-founder, Larry Page, as well as their Silicon Valley roots, Kitty Hawk promises to be a continued voice in the aerial mobility space, as they embark on a new chapter for the company.