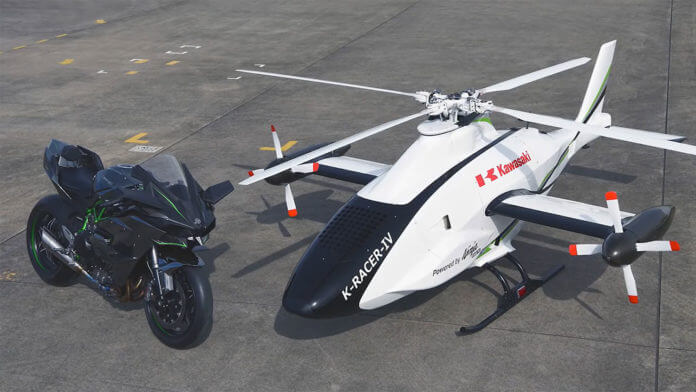 According to Kawasaki Heavy Industries (the department of Kawasaki responsible for creating this aircraft) the two forward-facing rotors in combination with the fixed wing will give a significant amount of extra performance to the vehicle, allowing it to traverse larger distances at higher speeds. Although Kawasaki is not traditionally in the business of making unmanned aircraft, it has an impressive history both in making recreational sport motorcycles and high-performance aircraft for both civilian and military applications.

This newest aircraft, called the K-Racer IV, has already successfully completed test flights, and is likely built to compete with Yamaha unmanned helicopters that are built for agriculture applications. During the flight tests, the helicopter performed a vertical take-off, a flyby around the airfield, and a vertical landing. Notably, the K-Racer IV can be flown either remotely or autonomously, and both modes were tested during recent flights. 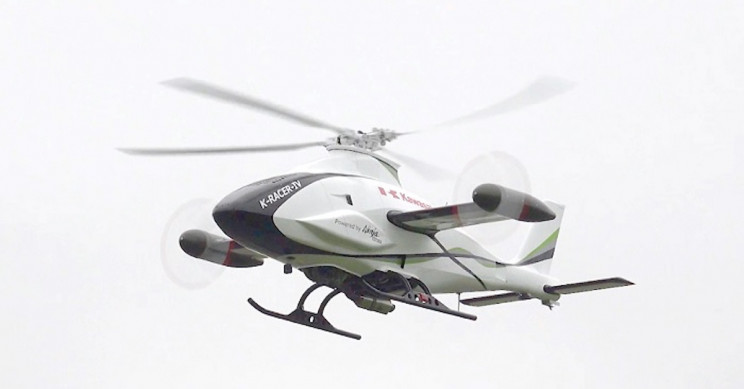 The Kawasaki K-Racer IV can be flown remotely or autonomously

Although this aircraft may not directly lead to larger passenger autonomous aircraft, it shows that Kawasaki is investing a significant amount of R&D funds into autonomous flight tech. With Japan having shown great public interest in aerial mobility, and Kawasaki being one of the country’s leading providers of traditional helicopters, Kawasaki may eventually lean in to creating autonomous passenger aircraft when the technology becomes more common. The K-Racer IV could sere as a strong foundation for those future VTOL aircraft.

Why it’s important: As the aerial mobility industry advances, more and more large aviation industry players are investing in combinations of VTOL and fixed wing flight. The VTOL fixed wing combination, once totally unfamiliar, is now becoming a common marker for innovation amongst these companies. With Kawasaki in the mix, the coming age of VTOL aircraft inches closer to reality, and competition for aircraft manufacturing becomes a little more fierce.