Joby’s electric air taxi, which has recently swept the market through multiple large fundraising rounds, a successful IPO, and an acquisition of Uber Elevate amongst others, has now announced that they have become the first company to fly an all-electric vertical takeoff and landing aircraft as part of NASA’s Advanced Air Mobility (AAM) National Campaign. 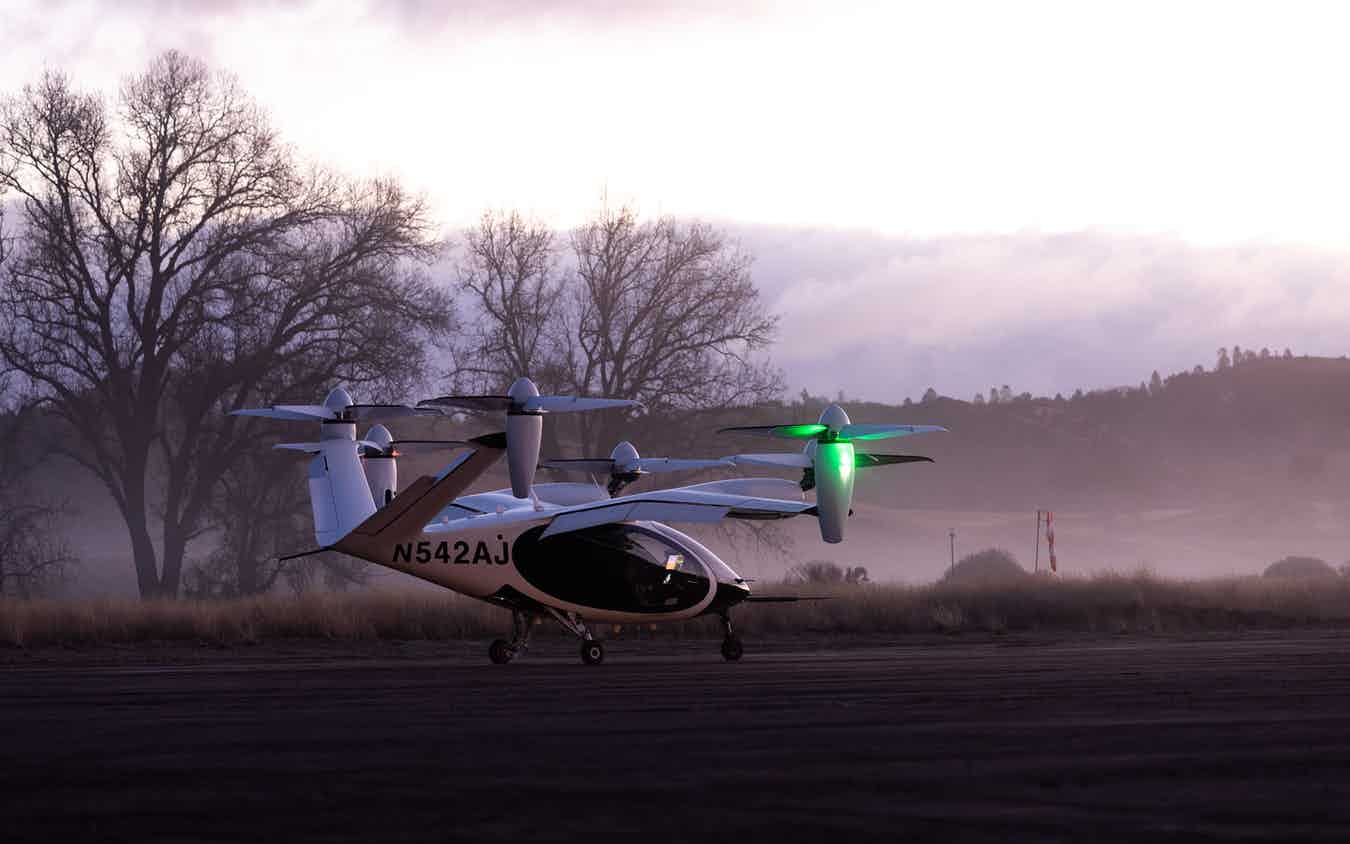 Joby’s full-scale, all-electric prototype preparing for flight above the company’s Electric Flight Base in California.

The NASA Advanced Air Mobility (AAM) National Campaign, which began as the ‘UAM Grand Challenge‘ was designed a few years ago to challenge the top growing companies in vertical urban flight through tests in performance that could set standards for the emerging industry as a whole.

Recently, Joby became the first company to actually fly its aircraft as part of the challenge, which is also designed to establish public confidence in these electric aircraft by putting them through multiple flight test scenarios. As part of the two-week test campaign at Joby’s Electric Flight Base near Big Sur, California, NASA and Joby will join forces to study the acoustic signature of the all-electric Joby aircraft, which the company intends to operate as part of a commercial passenger service beginning in 2024.

In the coming tests, NASA engineers will deploy their Mobile Acoustics Facility and more than 50 pressure ground-plate microphones in a grid array that allows for multi-directional measurement of the Joby aircraft’s sound emissions. Using this data, NASA and Joby will generate noise hemispheres for the aircraft that capture the intensity and the character of the sound emitted in comparison to helicopters, drones, and other aircraft. These readings, in combination with the noise profile of urban communities, can be used to verify how well proposed aircraft operations would blend into existing background noise.

Said JoeBen Bevirt, Founder and CEO of Joby Aviation, “From day one, we prioritized building an aircraft that not only has an extremely low noise profile, but blends seamlessly into the natural environment. We have always believed that a minimal acoustic footprint is key to making aviation a convenient part of everyday movement without compromising quality of life, and we’re excited to fly with NASA, our long-time partners in electric flight, to demonstrate the acoustic profile of our aircraft.”

Why it’s important: The beginning of flight tests signals that NASA’s Advanced Air Mobility campaign is moving forward as planned several years ago. Along the way, NASA has worked closely with Joby and other eVTOL companies to prepare them for these tests. Joby has already designed its aircraft with ultra-low noise emissions, and through the campaign’s flight tests, the company will get a chance to officialize and publicize the degree to which their electric air taxis can blend into urban background noise.