Israel eVTOL development company Gadfin is pursuing future developments of its aircraft through a partnership with an Italian Electric Infrastructure firm Enel. Gadfin was founded just two years ago, in 2018, by Eyal Regev, Ran Kleiner and Ilan Yuval. 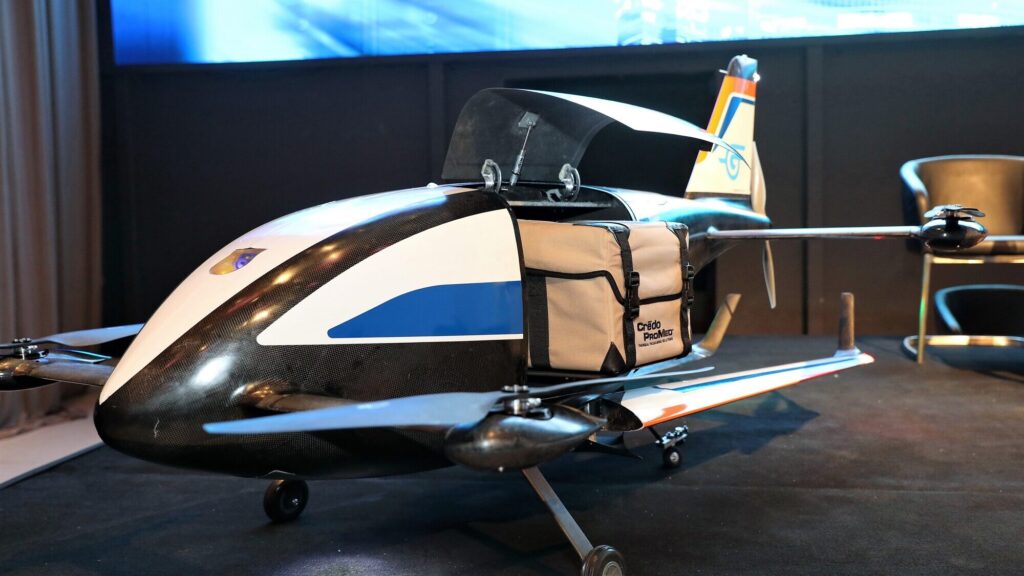 The Gadfin “Spirit One”. The Spirt One’s wings fold in for vertical take off, and fold back out for forward flight.

The announcement for this partnership focused on the collaboration between the two companies via an innovation lab, slated INFRALAB, that was established through the Israeli Shikun & Binui construction group in Haifa. Of main focus is aerial survey of over 800,000km of power lines, per Gadfin information. These surveys are critical to assessing the health of national and international infrastructure at costs cheaper than ever before.

Gadfin’s aircraft, named the Spirit One, won a competition that included over 30 aircraft vying for the opportunity to be selected be Enel to receive up to $12 Million per year for development purposes. Spirit One was ultimately selected due to its capabilities of range, autonomous operation, and efficiency and safety of operation. Gadfin has been making news in 2020, as early this year it was the first company to receive a permit from Israel’s Civil Aviation Authority for urban airspace deliveries. This permit approval opens a wide range of opportunities to the company and affords them the opportunity of being first to market amongst Israeli aerial logistics companies.

The Spirit One has a range of over 250 km, while remaining lighter than 25kg. The aircraft is operated autonomously, with no human control, and is reported to be resistance to the challenges of operation in difficult weather situations. While the vehicle is not yet sized for passenger carrying operations, the infrastructure for autonomous on-demand inspections of power line infrastructure is being laid, just as approvals for commercial aerial mobility operations are also being issued from the Israeli Civil Aviation Authority. Both activities are key enablers to paving the road for future, larger scale eVTOL operations in Israel and Italy.

Why it’s important: The Enel and Gadfin partnership represents a common scenario for key enabling aerial mobility technology pathways for the future – partnership between two dissimilar businesses that define the operational infrastructure for aerial mobility through business to business transactions, mostly focused on logistical applications. As certification efforts for electric VTOL aircraft continue, one only needs to replace the vehicle, and not the operational framework, to create a large scale on-demand aerial transportation network.

View video of the Gadfin Spirit One in operation here.