After beginning to develop their urban vertiport concept in collaboration with Volocopter in 2018, the UK-based architecture firm Small has grown its initiative into Urban Airport Ltd, which has now partnered with Hyundai to bring 65 of their urban vertiport-hubs to 65 locations worldwide. 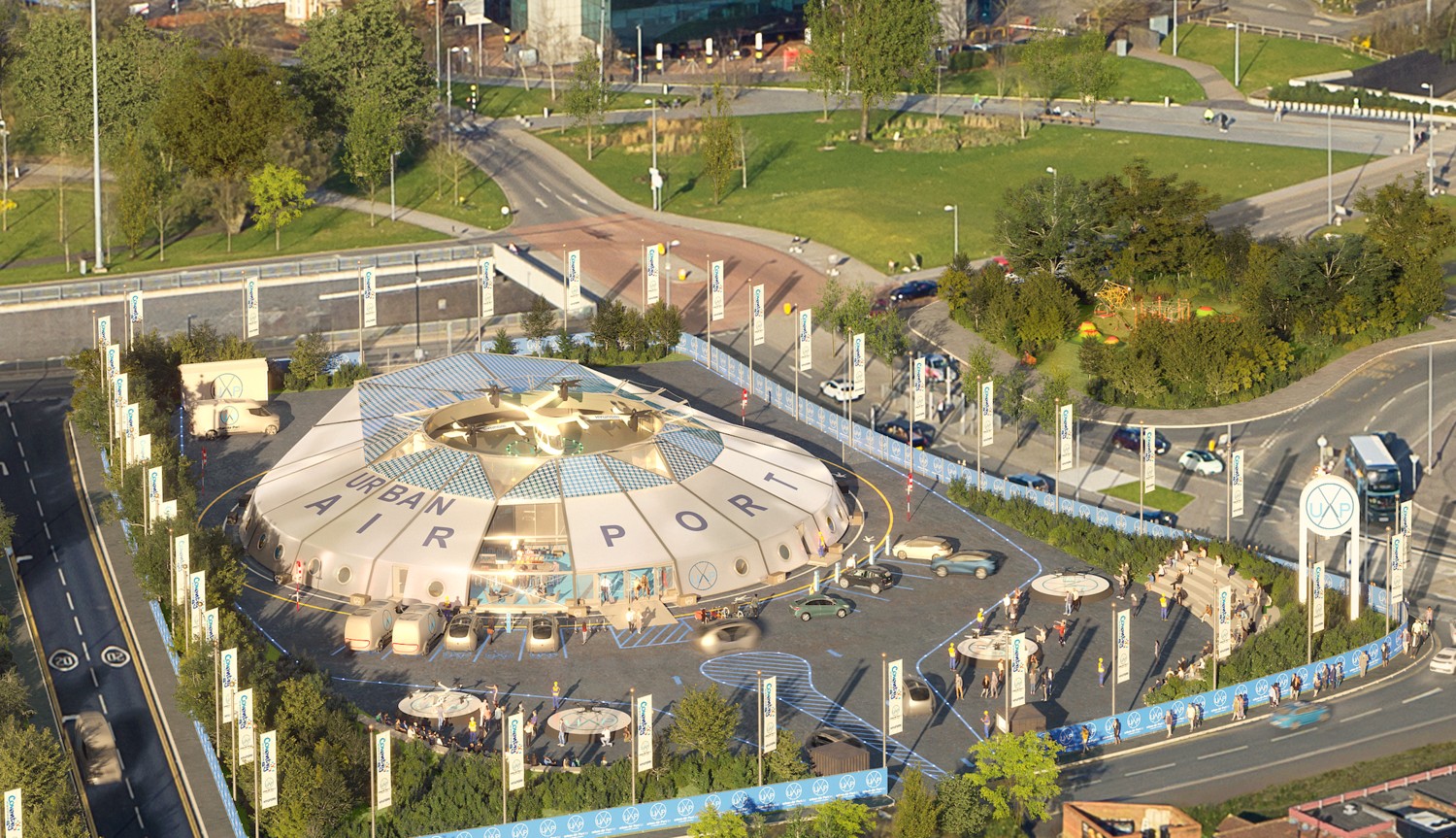 Over the past year, Urban-Air Port has steadily increasing its involvement with Hyundai, the auto-maker whose plans for urban aerial mobility are certain and soon to be forth-coming. Urban Airport originally announced its partnership with Hyundai in August of 2020, and as Hyundai’s plans for global urban aerial mobility have grown, the two have intensified their partnership. In January of these year, the two announced definite plans to construct a vertiport in the U.K; and this latest announcement  officializes plans to build 65 of those Vertiports across the globe.

The Urban-Air Port features a very unique design in that it is both compact and modular, making it “the smallest airport in the world”, with options for retail spaces and wholly integrated parking spaces for rideshare vehicles that will transport passengers to their final destinations. 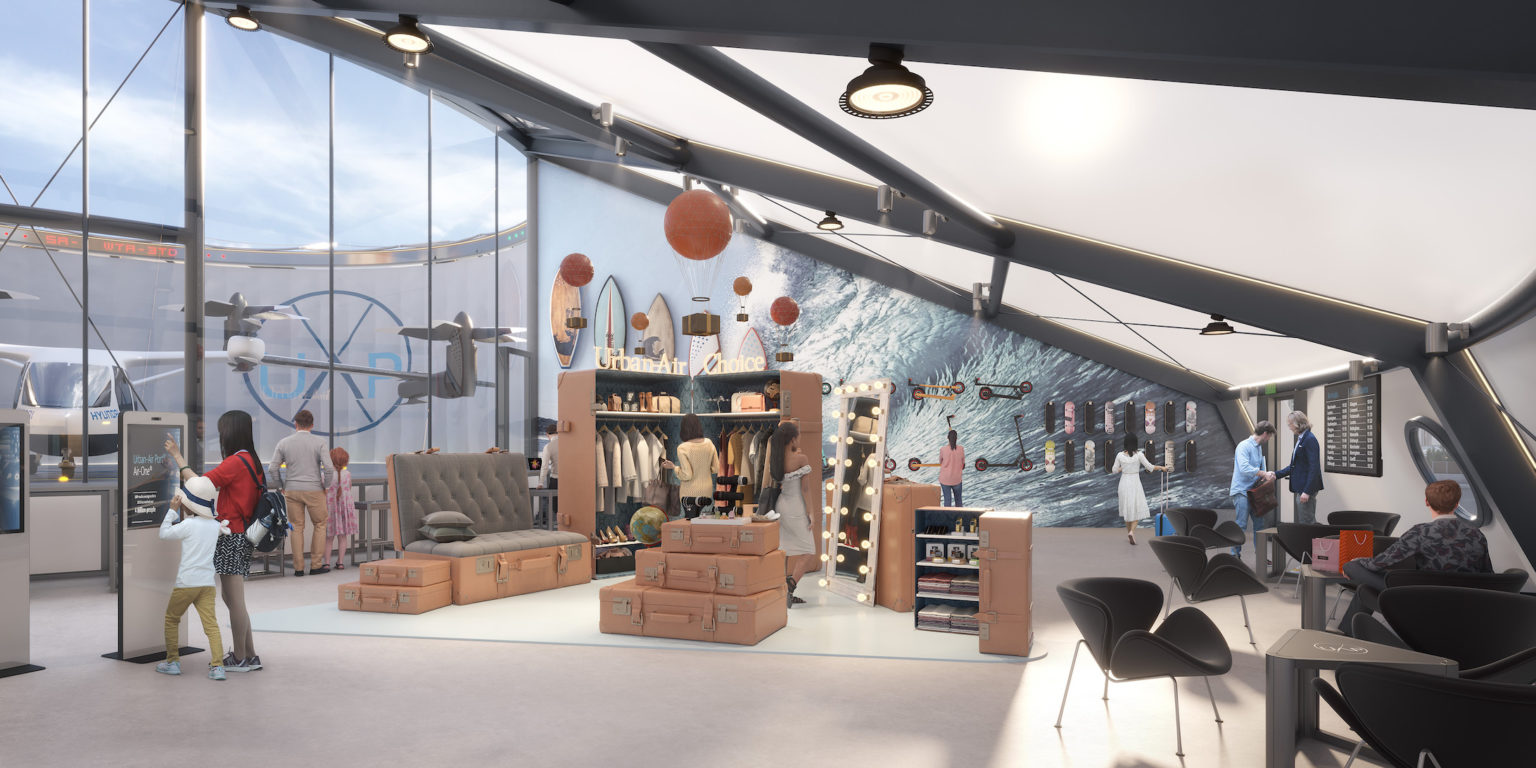 Potential for a retail or lobby waiting space for passengers traveling by eVTOL. Looking out the window, one of Hyundai’s eVTOL concepts can be seen on the launch pad ready to raised for launch.

Said Ricky Sandhu, founder and executive chairman of Urban-Air Port, “We know that a future with electric flying vehicles and drones in cities is going to be a reality soon, but it can’t happen if we don’t have the infrastructure on the ground and in the air to make it happen. Urban-Air Port will change the way we travel forever – unlocking clean urban air transport for everyone, improving connectivity in congested cities, cutting pollution, and boosting productivity.”

Why it’s important: Urban-Air port’s vertiport is particularly significant due to its modularity, size, and ease of assembly. The unit itself can be assembled and disassembled with relative convenience, making it easy to create or change locations per shifting/growing demand. It’s also particularly compact, meaning it could fit many different options of flat spaces. Overall, the design of the Urban-Airport should be cost-effective to build, and doesn’t make too much of an infrastructure footprint, together meaning that a great number of these vertiports could be built throughout a single city.