Just this week, Northern California-based startup ZeroAvia joined the likes of Ampaire by operating one of the world’s largest zero-emission aircraft flying without any fossil fuel support.

ZeroAvia has exited stealth mode and revealed its design of the hydrogen-fueled electric powertrain inside the plane, which the company has been testing over the past year. While the test flight was actually flown on electric power, the company says it will run a full test flight with hydrogen on board in a few weeks. By 2022, ZeroAvia plans to “deliver 300-500 mile zero-emission missions in a 10-20 seat fixed wing aircraft to utilize existing infrastructure and simplify regulatory issues.”

ZeroAvia CEO Val Miftakhov articulated that he strongly believes in hydrogren-powered flight, and sees it as a more feasible alternative to battery-powered aircraft. The energy-density of hydrogen fuel cells is claimed to be four times that of the batteries currently available, and could therefore even be adapted to longer range flights for which batteries are not suitable. Additionally, Miftakhov expects hydrogen-powered aircraft to be capable of commerical operations at half the cost of conventional aircraft due to savings on fuel and maintenance. Ampaire also claims a 90% cut in fuel costs and 50% cost in maintenance for their electric aircraft, which is very competitive with Miftakhov’s projections. 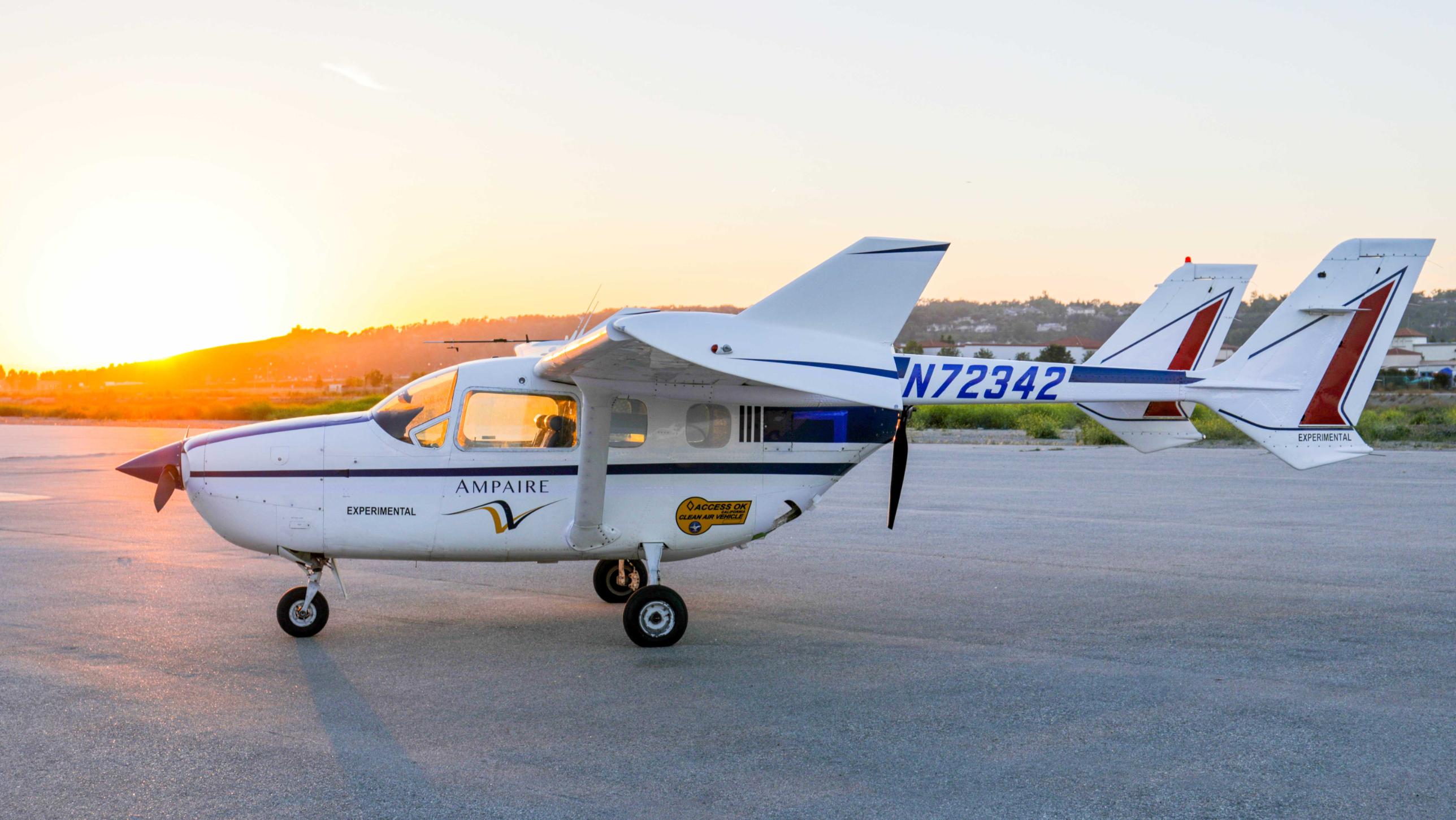 Both Ampaire and ZeroAvia are already in talks with airlines, according to their respective CEOs. In fact, Ampaire recently announced a partnership with Mokulele Airlines on Maui to start understanding and optimizing the commerical operation of electric aircraft. The zero-emission technologies could also see early adoption in places like Norway, where the government plans to move to 100% zero-emissions flights by 2040. Even the entire aviation industry is moving toward solutions to reduce emissions, and aims to cut emissions in half by 2050 compared to 2005.

Why it’s important: Similar to Ampaire, ZeroAvia is currently focusing on powertrain development for short to mid-range commercial flights (up to 500 nm) – a market making up nearly half of commercial flights worldwide. It remains to be seen whether Ampaire’s electric-powered aircraft or ZeroAvia’s hydrogen-powered powerplant will see more success in the future, and while electric cars have mostly won out in the automotive industry, the potential for weight savings in hydrogen fuel cells poses a strong alternative in aviation applications.