The concept of detect-and-avoid technology is not new or novel – but startup Iris Automation is drilling down to truly focus on what works and what doesn’t in efforts to develop an out-of-box system that’s readily applicable to commercial Part 107 drone operators, fixed wing aircraft, and aerial mobility operations of the future. The company’s mission, to “Make flying safer by avoiding collisions” doesn’t include any specificity as to the means of accomplishing that goal, says CEO Jon Damush. Rather, the company is focusing their efforts on achieving their mission statement with the technology that is most adaptable for commercial drones, today. 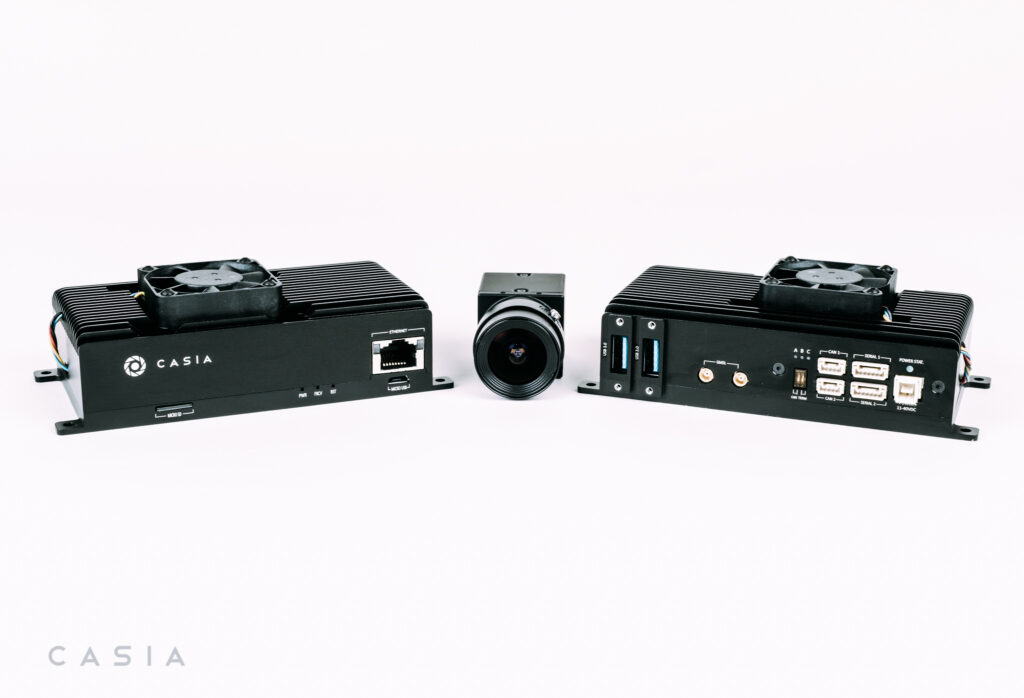 At the core of Iris’ IP is their optical motion algorithm that can capture (using computer vision) the relative motion of objects that may be on interference paths with the subject drone/air taxi/etc. This algorithm is unique in that it can determine range using a single focal point. Traditionally, the triangulation of a focal point at a certain distance allows for range determination, similar to how the human eye works. In Iris’ case, though, this process is achieved through their proprietary algorithms that obtain useful values for range after capturing 1-2 seconds of data using a sample rate of around 10 frame/sec. After a trend is established, the Newtonian laws of motion do the rest – and can inform and alert the aircraft which the system is installed on of a collision risk. Such alerts could prevent aerial mobility aircraft to potential hazards and allow for their flight controllers to select an alternative flight path after coordination with airspace management and integration platforms.

Currently, Iris Automation’s Casia Detect and avoid (DAA) system has been implemented largely on commercial Part 107 drone operations for aerial survey and emergency medical response. In the future, this same technology could easily be installed on fixed wing aircraft (after obtaining TSO approval) or could even be used in a reverse configuration, with the camera system installed on a fixed point that then scan known targets to assess any potential interferences by unknown flying objects in a confined area. Iris CEO Damush also emphasized in an interview with TransportUP that another benefit of Iris’ technology is the ability to allow a single operator to effectively manage multiple aircraft concurrently, as attention may be divided while not sacrificing the situational awareness of a potential collision.

Iris is putting some bounds on their problem statement, as at this time the company is focused on the detection portion of DAA, and not on the interface between the sensed conflict aircraft and the flight control system; largely due to the complexity and variation in flight controller logic, stated Damush. For now, the company is delivering and improving on their Casia system in order to reach a larger range of aircraft, and also hosting conversations with manufacturers early on in the design process to develop integrated solutions where detect and avoid technology enters on the ground floor of clean sheet designs.

Certification of Casia on larger scale aircraft that already maintain type certificates from the FAA or other regulatory agencies would be via TSO authorizations (and eventual STC’s if applicable), but it’s unclear based on the currently available data how likely obtaining these approvals would be – of the total amount of drones registered in 2019 for commercial operations, the number of those then seeking additional BVLOS approval under Part 107 (flight beyond visual line of sight) was a mere 1.8%. BVLOS operations don’t necessary imply long range, rather, any operation condition where the operator cannot directly view the drone they’re operating. Such trends from regulating agencies on the rate of approval and related industry technological preparedness to support such operations are both reflective of technological maturity and operator organization.

Why it’s important: Iris Automation’s Casia detect and avoid system is poised for wider scale applications within the Part 107 drone industry, which boasted over 1.75 million new drone registrations in the year 2019 alone, around 25,000 of which were for commercial application. Aerial mobility stands to benefit from this technology, both from onboard integrated detection systems, and even potential ground-based systems that operate at vertiports to ensure airspace “safety nets” for a given location.