Earlier this week, the first all-electric seaplane completed its first flight in Richmond, British Columbia under a special partnership between Harbour Air and MagniX. The airplane is a retrofitted de Havilland DHC-2 Beaver with a 750-horsepower (560 kW) Magni500 propulsion system. 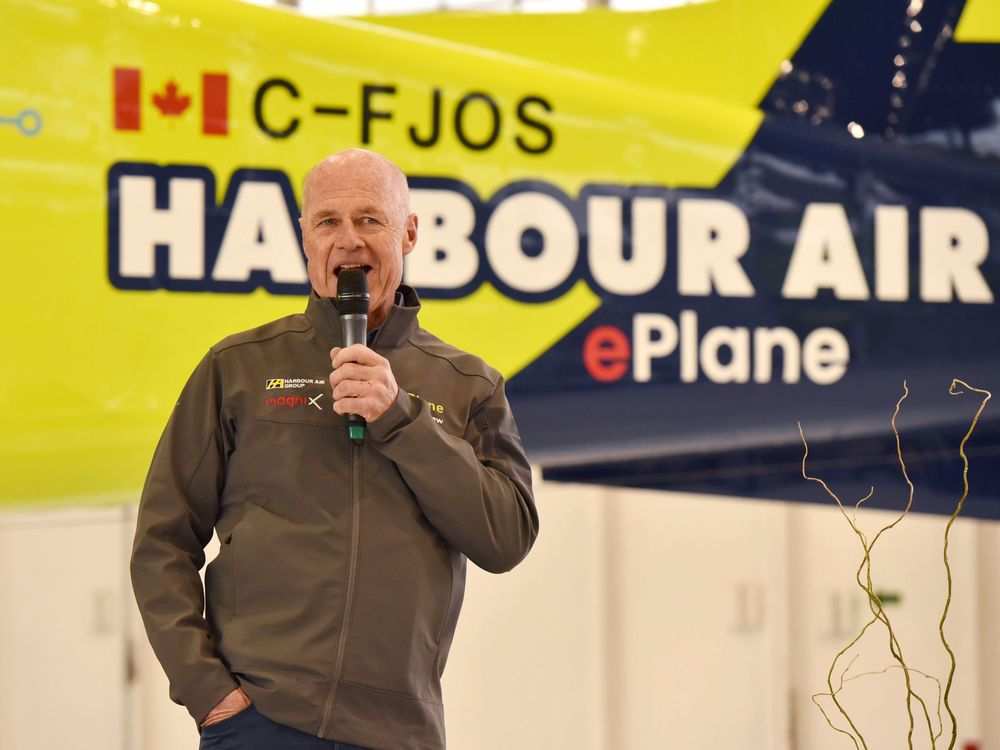 Harbour Air pilot and CEO, Greg McDougall, speaks to the crowd who witnessed the first flight of the company’s all-electric DHC-2

With the sun hanging low over the Fraser River in Richmond, Harbour Air pilot and CEO, Greg McDougall, took to the skies in the all-electric plane. After landing, he said it felt just like flying any other plane, only with more kick as reported to the Vancouver Sun. Launched at the Paris Air Show earlier this year, Australian company magniX said its propulsion system aims to provide a “clean and efficient way to power airplanes”.

The idea of electric-powered aircraft is not a new idea, but one that has been limited by power density and battery technology. Until recently, the necessary energy storage was not commercially available. Even with today’s technology, jet fuel holds 43 times more energy than a battery of equal weight. However, Harbour Air’s current DHC-2 prototype can complete missions under 100 miles. With time, energy density will improve and along with it, mission endurance and payload capacity and MagniX knows it has work to do. “The [flight] range now is not where we’d love it to be, but it’s enough to start the revolution,” said MagniX chief executive Roei Ganzarski.

Today was an EXCITING day. Take a look at the highlights of today's Historic flight – the world's First All Electric Commercial Aircraft – @HarbourAirLtd #ePlanehttps://t.co/SvurEFdJC5

Why it matters: Regardless, the achievement marks a new era and reality for commercial flight. MagniX called it the “world’s first commercial electric airplane,” made allusions to the Wright brothers, and said the flight “signifies the start of the third era in aviation — the electric age.” Electrically powered flight will open the doors to ultimately lower operating costs and environmental impact by the global aviation industry. Further, electricity is the clear leading candidate to power the aerial mobility sector and nearly every eVTOL prototype features a hybrid or all electric propulsion system.