GM has announced its entry into the aerial mobility space at this year’s CES conference highlighting the latest in consumer technology. The prototype was unveiled at GM’s Exhibit Zero. 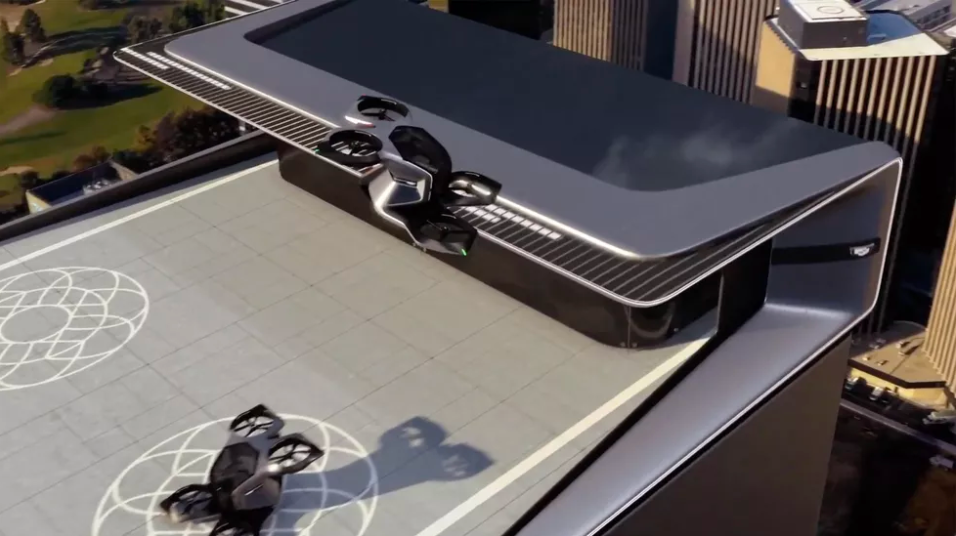 GM stated the vehicle will be Cadillac-branded and will feature a four-rotor design offering speeds up to 56mph and powered by a 90-kWh battery. While no significant project timelines nor technical details were unveiled at this week’s conference, GM joins the likes of Fiat-Chrysler which also announced a partnership this week to develop an eVTOL vehicle.

As EV platforms evolve and become commonplace in society, GM sees eVTOL as the next logical step in revolutionizing transportation. Over the next several years, GM will be investing heavily into its Ultium EV hardware program. Early applications will focus on revolutionizing the automotive industry and providing EV’s for a wide variety of customers’ needs.

The preliminary prototype appears to be 1-passenger configuration, although the company hinted at future models which can hold an additional passenger. Both models would likely be autonomous, not requiring any pilot inputs by passengers. Not much else is known about the prototype or when it can be expected to take flight.

Why it matters: GM joins the ranks of automakers piling into aerial mobility either through direct investments/programs or financial backing of existing eVTOL makers. Advancements in electric vehicle technologies such as unit costs and energy density are disrupting the automotive industry and it will be only a matter of time before these technologies enable commercial aerial mobility services. The continual buy-in for an aerial mobility focused world by bluechip companies will certainly reduce the barriers to making UAM a reality.