Eve to List on NYSE Through Business Combination with Zanite Acquisition Corp.

Eve has entered into a business combination agreement with Zanite Acquisition Corp, a special purpose acquisition company focused on the aviation sector. Upon closing of the transaction, Zanite will change its name to Eve Holding, Inc. and will be listed on the New York Stock Exchange under the new ticker symbol, “EVEX” and “EVEXW.” Embraer S.A. will remain a majority stockholder with an approximately 82% equity stake in Eve Holding following the closing of the business combination, including its investment in the PIPE. 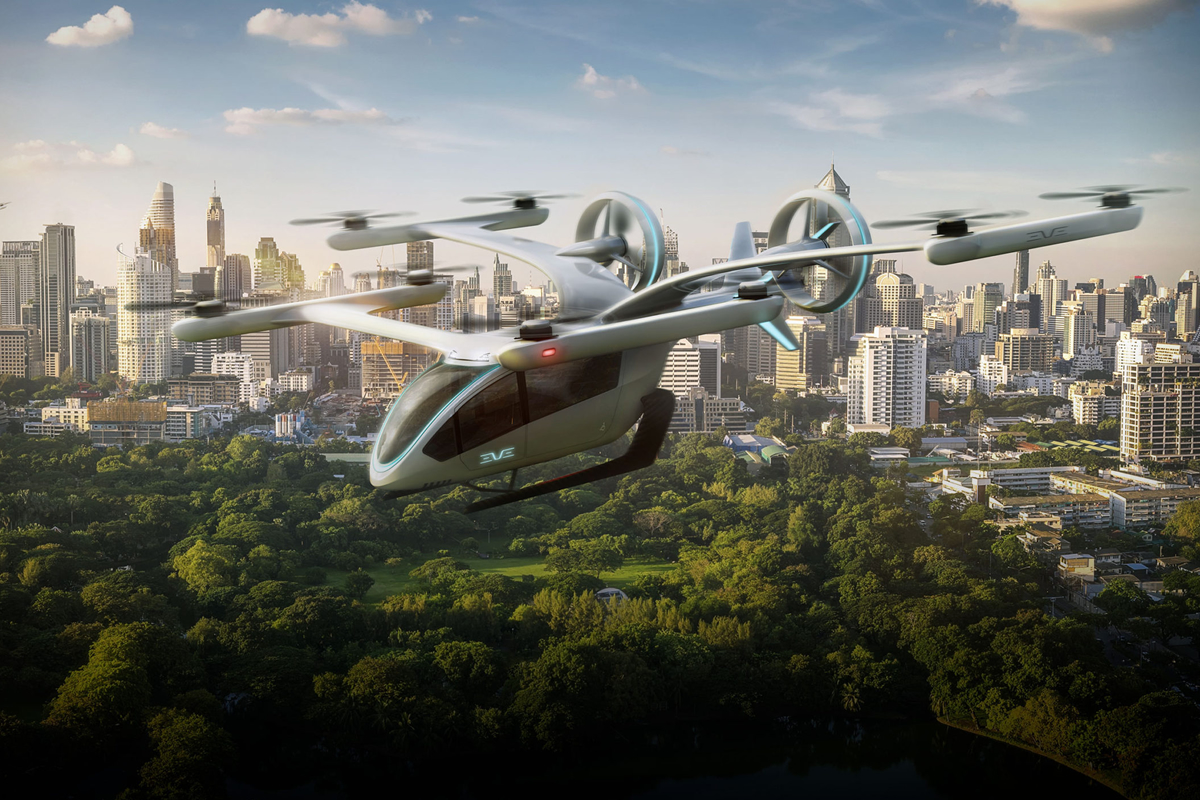 Eve’s strategic partnership with Embraer is a key competitive advantage. In connection with the transaction, Embraer has contributed its UAM-related assets, employees and IP to Eve. In addition, Embraer has granted Eve a royalty-free license to Embraer’s background IP to be used within the UAM market. Eve has access to thousands of skilled Embraer employees on a flexible, first priority basis and use of Embraer’s global infrastructure on preferred terms, pursuant to the terms of certain services agreements between Embraer and Eve. The strategic alignment with Embraer provides Eve with significant cost and execution advantages relative to other UAM participants.

“We believe that the urban air mobility market has enormous potential to expand in the coming years based on an efficient, zero-emissions transport proposition, and that with this business combination, Eve is very well positioned to become one of the major players in this segment,” said Francisco Gomes Neto, president and CEO of Embraer. “As a global aerospace company, with leadership position in multiple segments, we understand that innovation and technology play a strategic role in driving sustainable growth and redefining the future of aviation.”

“The Zanite team is extremely proud to partner with Eve and Embraer in this transaction. After an extensive search, we selected Eve because of its simple and certifiable eVTOL design, its capital efficient approach to fleet operations and Embraer’s global footprint that we believe will enable Eve to not only reach vehicle type certification, but to scale its manufacturing, support and operations globally,” said Kenn Ricci, Co-CEO of Zanite and Principal of Directional Aviation Capital, a member of Zanite’s sponsor.

Eve will be led by co-CEOs Jerry DeMuro, who most recently served as CEO of BAE Systems, Inc., and Andre Stein, who has led Eve since its inception and served in leadership roles with Embraer for more than two decades. “Urban air mobility is a transformational opportunity in the aviation sector. I joined Eve because I believe that there is no company better positioned to capitalize on the tremendous potential of this emerging market,” said Jerry DeMuro, Co-CEO. Andre Stein, Co-CEO, added, “Eve was founded on a vision to accelerate the UAM ecosystem, make safe and affordable urban air transportation available to all citizens, while reducing global carbon emissions. The transaction announced today with Zanite is a major milestone that will accelerate our strategic plan and support us in realizing our vision.”

Eve has formed a powerful network of dozens of highly respected strategic partners spanning the UAM ecosystem, including fleet operators, ride sharing partners, vertiport providers, aircraft lessors, financing partners, renewable energy providers and leaders in the defense and technology sectors. From this partner network, Eve has secured launch orders from 17 customers, via non-binding letters of intent, resulting in a pipeline of 1,735 vehicles valued at approximately $5.2 billion.

Why it matters: Eve likely closes out the year on the list of aerial mobility companies to be acquired by SPAC’s in 2021. With their majority ownership stake from Embraer and access to its intellectual property, Eve is strategically positioned to compete against the biggest names in the space. Further, Eve’s partnerships and capital from the acquisition will hopefully give it the resources needed to commercialize its UAM dreams.