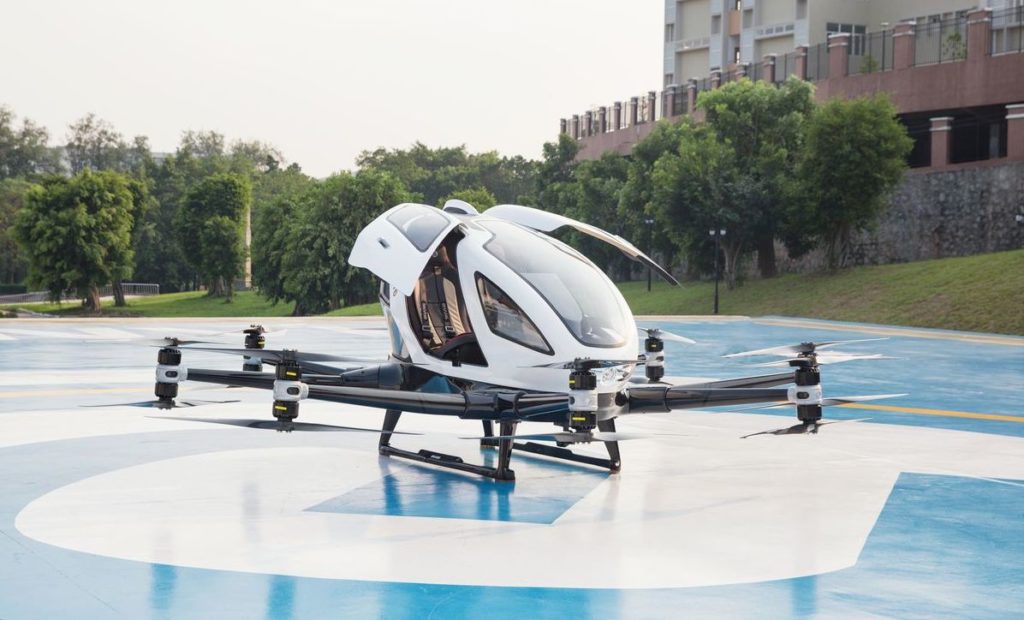 The EHang 216 AAV, which has already undergone many test flights and is nearly ready for commercial launch.

EHang (Nasdaq: EH), one of the world’s leading autonomous aerial vehicle (AAV) technology companies, has published its first white paper on the future of transportation and Urban Air Mobility (UAM). The white paper explores UAM’s potential to transform transportation globally with insights into vehicle design, an overview of potential applications and the current regulatory landscape, and recommendations for how to optimize UAM’s path towards commercialization.

“UAM and the widespread use of passenger and cargo AAVs will transform how people and goods move around urban areas,” said Mr. Huazhi Hu, the Founder, Chairman, and Chief Executive Officer of EHang. “The successful deployment of AAVs will help cities improve efficiency, enhance safety, cut costs, and become more environmentally sustainable.”

EHang’s key points from the white paper include:

EHang has already commercialized its passenger-grade AAVs, having delivered 38 units to customers as of December 5, 2019, and is actively working to make UAM an everyday reality in cities worldwide. To date, EHang has safely conducted over two thousand test flights both inside and outside of China to ensure that its AAVs operate safely and reliably.

Why it’s important: With the new white paper, EHang has joined the likes of Uber Elevate, Volocopter, and Airbus on outlining its vision for the future of aerial mobility through white paper. The Chinese company has certainly earned credibility recently, having recently opened on the NASDAQ with a $662 million valuation, and completing its first trial flight in the U.S in North Carolina. With the publishing of this white paper along with its other recent successes, EHang marks its place among the top aerial mobility companies worldwide.

Other recent news about EHang: