EHang Holdings Limited (Nasdaq: EH) provided an update last week on the development of its new AAV production facility in Yunfu city, China. The retrofitting process of the existing building is being completed and production of EHang AAVs is expected to start in the second quarter of 2021. 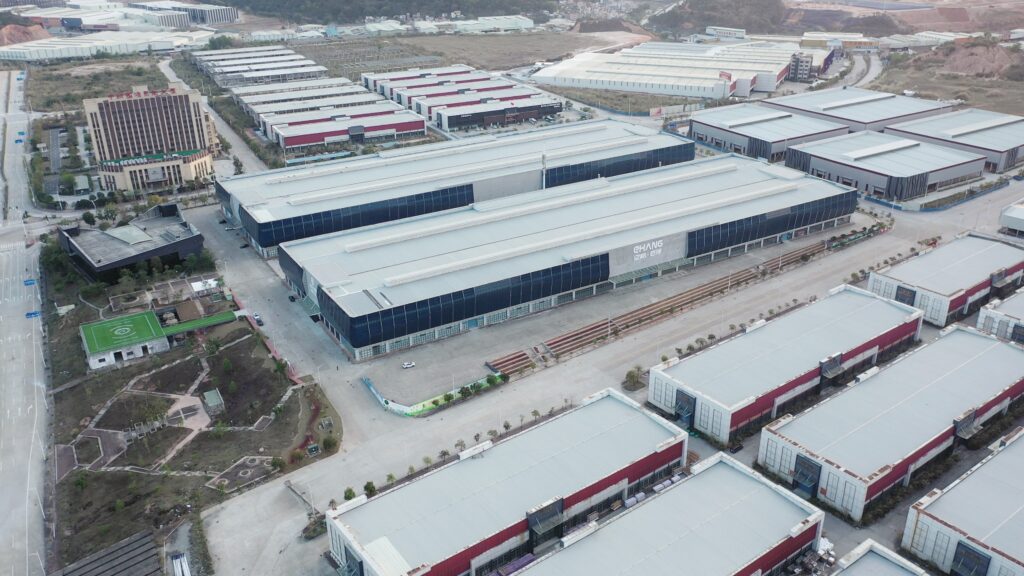 The new Yunfu manufacturing facility, as seen from above

The Yunfu facility has a total planned gross floor area of 24,000 square meters. It will be the home to EHang’s newest aerial vehicle assembly lines, a Computer Numerical Control (CNC) processing center, a painting workshop and a carbon fiber composite materials processing area. In addition, the Yunfu facility will include a research and training center and an outdoor flight test vertiport.

Upon completion, the Yunfu facility will play a major role in producing EHang’s flagship products, the EH216 series of passenger-grade AAVs, with a planned initial annual capacity of 600 units which can be further increased to support the growing global market needs. EHang expects that it will be the first AAV commercial production facility of this scale.

EHang plans to host an Investor Day event for a facility tour at the new Yunfu Facility in late June 2021. Further details will be announced at a later day.

The existing production facility at the headquarter of EHang in Guangzhou spans a total area of 8,750 square meters and houses production processes for its AAV products. After the Yunfu facility is up and running, the major role of the facility in Guangzhou will be gradually migrated to focus on supporting the Company’s expanding new products R&D efforts.

Watch the video tour of the EHang Yunfu facility below:

Why it’s important: Right now, EHang is one of the furthest companies along in the process of creating, distributing, and beginning operating its autonomous air taxis. The Yunfu manufacturing facility will be EHang’s second, and the company is already conducting paid aerial tourism operations with its aircraft in many cities throughout China. Many companies world wide can begin to look at EHang for an example of how initiating large-scale air taxi operations in their own countries may work.