EHang recently announced that the company obtained operational permit for its two-seater passenger-grade AAV, the EHang 216, from the Civil Aviation Authority of Norway (CAA Norway). This is the first operational permit for long term testing flight of EHang 216 in Europe, laying a solid foundation for future urban air mobility (UAM) operations in other EU countries.

After the assessment of test flight plans and contingency plans, the CAA Norway issued an operational permit for EHang 216 to conduct flights together with a local customer for the purpose of testing and certification. According to CAA Norway, it believes the country ’s geographic conditions suit the testing of unmanned aircraft well. Covered with a long strip of land with abundance of sparsely populated areas and free airspace, the country has started to build a network of small airports since 1960’s, connecting most territories throughout the country. For the test flight of EHang 216, CAA Norway looks forward to witnessing it at Elvenes airport. 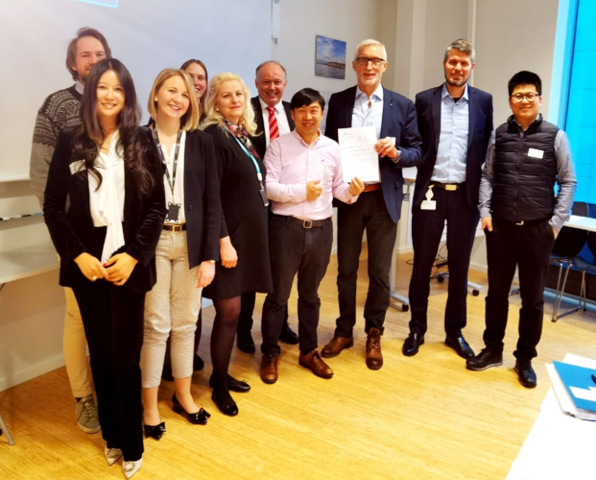 Bente Heggedal, the Head of section for unmanned aviation, CAA Norway commented, “EHang is an exciting and forward-looking project that shows the rapid development of UAM and AAV technology by today. The autonomous passenger aircrafts of the future can contribute to more efficient transport, particularly in urban areas, and the electric models are a great contribution to the green shift. We look forward to EHang demonstrating a well-proven and secure system, so that passenger AAVs can be a safe alternative for passenger transport.”

Surrounded by sea on three sides and rich in oil and gas (O&G) resources, Norway is a big exporter of O&G. According to Norway’s 2020 National Budget, its oil industry contributes to 14% of its GDP and one fifth of the national income. In addition, an economic survey by Statistics Norway projected the country’s total oil investment to reach $18.3 billion in 2020, accounting for 19% of the nation’s total investment.

EHang’s networked and intelligent AAV provides a safe, autonomous, and eco-friendly solution, it enables simultaneous control and real-time data exchange of multiple AAV through a command-and-control platform, which not only significantly saves cost in labor, but improves the operational efficiency by providing uninterrupted services 24-hours per day.

“In the new wave of the development of the oil industry in Norway, EHang expects to empower the O&G industry with our AAV technologies to reduce costs and increase efficiencies, and promote the use of green energy. In the past two years, we have established strategic partnerships with valuable European partners such as Vodafone, FACC and the ProSiebenSat.1 Group. We expect to work with more strategic partners and help them with our safe, autonomous, and eco-friendly air mobility solutions”, said Hu Huazhi, Founder, Chairman and CEO of EHang.

EHang became a publicly listed company on the Nasdaq Global Market on December 12th, 2019 under the ticker symbol “EH”. On January 8, 2020, EHang received the first special flight authorization from the Federal Aviation Administration (FAA) and conducted its first-ever trial flight of EHang 216 in America.

Why it matters: EHang is quickly expanding its presence around the world and is now making its mark on the European aerial mobility industry. With competitors in the region including the likes of Volocopter, the company will face fierce competition. However, EHang’s long record of successful test flights and certifications will make it a primary contender in the area for years to come.