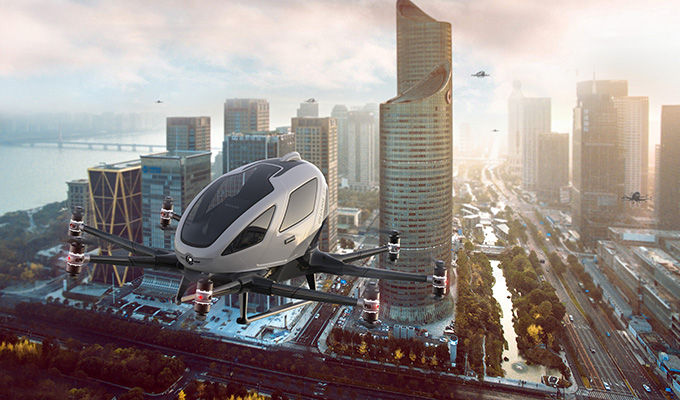 EHang announced on February 8th via press release that it was joining the European Union’s “GOF 2.0 Integrated Urban Airspace Validation” project, a continuation of the SESAR JU GOF U-space project. GOF 2.0 is focused on developing the safe, secure, and sustainable integration of unmanned aerial vehicle (UAV) operations in urban airspace. EHang is one of 13 consortium members, and is reported to have expectations of “ensuring safe flight operations in all degrees of airspace in order to provide fair and efficient access to shared airspace.”

SESAR JU GOF 2.0 was initiated in January 2021 to demonstrate the compatibility of existing Air Traffic Management (ATM) and U-space systems and services. The project intends to show safe integration of Unmanned Aerial Systems (UAS), eVTOLs, and manned operations in a unified, dense urban airspace. The project intends to showcase a number of demonstrations over the next two years that will provide validation of integration between existing ATM technology and UASs and eVTOLs, a recreation of the airspace of the future.

EHang matches with the intent of the project as they aim to establish a comprehensive UAM ecosystem including infrastructure, software and supporting service systems. the steady state goal for the company will be to have its EH216 passenger-grade AAVs gradually accepted for autonomous air taxi services by Air Navigation Service Providers (ANSPs), airspace users, regulatory authorities, and finally the flying public.

Why it’s important: While the challenges of designing and testing flight technology for eVTOL aircraft are disappearing by the day, efforts such as SESAR JU GOF 2.0 showcase the need to continue to flush out the ecosystem of eVTOL integration with existing commercial air traffic. EHang’s participation in the GOF effort allows for a real-world on demand commercial air taxi operator to take part in the exercises of validating the current frameworks for airspace integration of larger scale eVTOL aircraft. Additionally, given the partnership is global in nature, secondary benefits of the undertaking include a more equivalent set of international standards for other eVTOL manufacturers to reference in their own developmental projects.