EHang, the Chinese company behind the EHang 216 AAV (autonomous aerial vehicle) recently announced that it will build an autonomously-operating aerial vehicle port in the city of Hezhou, China. 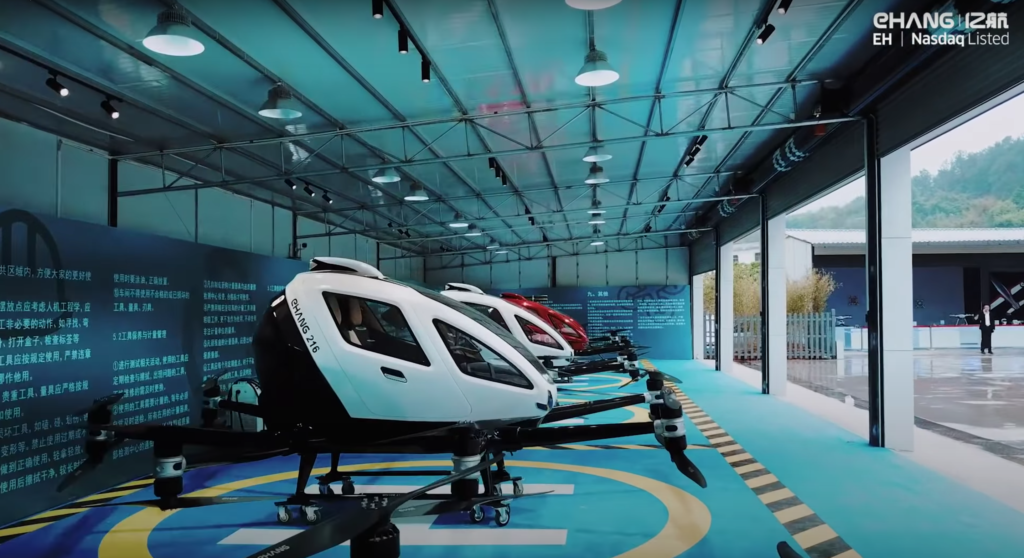 EHang’s “E-port” is already under construction

The 2,500-square-meter “E-port” terminal building will feature a first-floor reception hall, second-floor passenger waiting area and third-floor departure/arrival zone with four landing pads located on the roof. The port, along with a planned delivery of 20 EHang 216 AAVs, is expected to initially be used for air tourism operations.

This announcement is part of EHang’s larger entry into the mobility market of urban China, which recently included a partnership with LN Holdings Garden Hotel in Guangzhou. The company has conducted over two thousand flight tests of its aircraft, is prepared for large-scale manufacturing, and has already entered partnerships with several cities and countries worldwide including Seville, Spain, and the Norway Civil Aviation Authority. These locations, like the newly
added city of Hezhou, initially plan to use EHang aircraft for air tourism
and then eventually transition to everyday travel.

Said EHang founder Huazhi Hu :“As we progress, we intend to create more commercial applications for EHang AAVs, such as aerial sightseeing that can uniquely merge modern culture and tourism. We also welcome more local partners to join us and embrace the opportunity to a provide safe, autonomous, and green approach to travel and sightseeing.”

The EHang 216 itself flies completely autonomously, with air traffic management done by a control center on the ground.  Watch the video below for an in-depth explanation of the E-port design:

Why it’s important: Although many companies have begun putting forth urban Vertiport designs, EHang is the first to plan one that will be completely autonomous. While small-scale operations may not make autonomy unnecessary for now, the large scale nature of future operations planned by EHang will require it. Although EHang has yet to enter service or operation in the U.S, it has already made agreements with several areas internationally, including Spain and Norway as well as China. With this latest announcement, as well as its progress into aircraft delivery and operation, EHang may very well have put itself in the lead for global aerial mobility solutions.