Chinese aerial mobility developer EHang has signed an agreement with the government of Seville, Spain, to initiate an Urban Air Mobility program that will build systems for passenger transport and autonomous airspace management in the city. This marks one of Europe’s first cities to begin planning for an aerial mobility future.

EHang has built itself into one of the world’s top AAV (Autonomous Aerial Vehicle) platform developers in the world. Along with the creation of an eVTOL aircraft resembling a large drone, EHang also has been developing intelligent systems for airspace management of its vehicles and smaller UAV’s (Unmanned Aerial Vehicles). The mission of the company is to create a completely autonomous aerial network. EHang opened on the U.S Nasdaq early this year at a $662 million valuation. 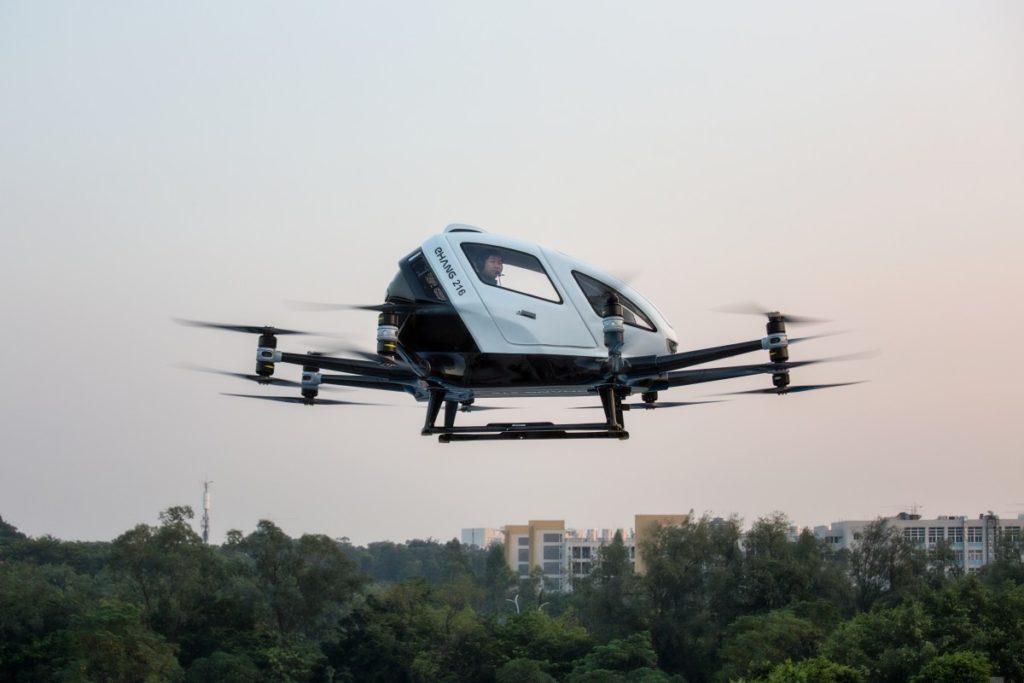 The agreement with the city of Seville specifies that EHang will work with the Seville government to develop aerial passenger transportation and command and control platforms within the city. The government will also collaborate with EHang on applications for permission to conduct test flights, in accordance with Spanish and European legislation, and will coordinate with EHang in the planning of flight routes.

In addition, EHang will perform an aerial light show in Seville on September 20th to celebrate the 500th anniversary of Ferdinand Magellan’s voyage around the world, which began in Seville.

Seville Mayor Juan Espadas Cejas commented, “Establishing the partnership with EHang, one of the world’s leading UAM enterprises, is a great opportunity for Seville. Our city has a rich legacy in European aviation, which we believe can promote EHang’s AAV tests, operations, and permitting applications both in Spain and Europe. We look forward to EHang’s first flight in Seville and hope our cooperation will facilitate the commercialization of its UAM ecosystem in Europe.”

Why it’s important: As mentioned by EHang CEO Mr. Hu Huazhi, AAVs have excellent potential in older cities like Seville that have many small, narrow streets that are inaccessible by automobile. Wider streets are often very congested, and historic areas are often damaged by pollution from carbon emissions. According to the European Commission’s urban mobility report, congestion in the EU costs nearly EUR 100 billion every year, accounting for 1% of the EU’s annual GDP. If cities like Seville successfully adopt electric aerial mobility, the positive impact on Europe as a whole could be massive.