EHang recently cancelled its Yunfu Investor Day due to the latest tightening COVID-19-related travel and group gathering restrictions by the local governmental authorities following the recent Delta variant outbreak in China. The event was originally scheduled to take place in person at the Company’s new Yunfu production facility on August 18th. As an alternative, the Company has posted a video of the Yunfu production facility in operation for investors’ reference.

In February, EHang had provided an update on the development of its new AAV production facility in Yunfu city, China.  At the time, the retrofitting process of the existing building was being completed and production of EHang AAVs was expected to start in the second quarter of 2021. The facility is now operational and is the assembly site of both the two-seat autonomous 216 multicopters and the longer-range VT30 autonomous lift and cruise aircraft. The vehicles are currently being manufactured at an unspecified rate, but are being completed and flight-tested at the facility’s vertiport depicted below: 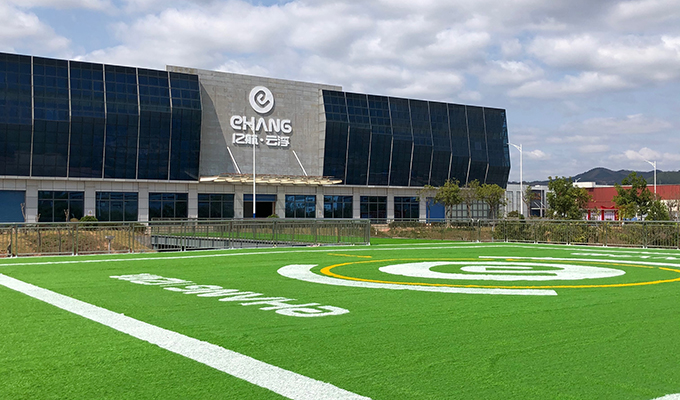 Why it’s important: As companies such as EHang and Joby begin their forays into the public markets, they are becoming increasingly cognizant of stockholder pressure and perceived financial value. Business decisions are now made with external influence in mind, and how they may affect the company’s stock price as well as public opinions. This press release from EHang exhibits exactly this mentality – while COVID-19 continues to have a persistent impact on public events and the ability of some companies to make consistent forward progress, EHang counters what could have been perceived as negative news with a media release of the progress it has made on its production facility.