In a recent article published by Dufour Aerospace, video footage was released on the performance of its tilt-wing technology last week, validating its design efforts using a systematic engineering approach to confirm that its proposed solution for transition from horizontal to accelerated forward flight was feasible. This technology is ultimately planned to be incorporated on the aEro family of vehicles. 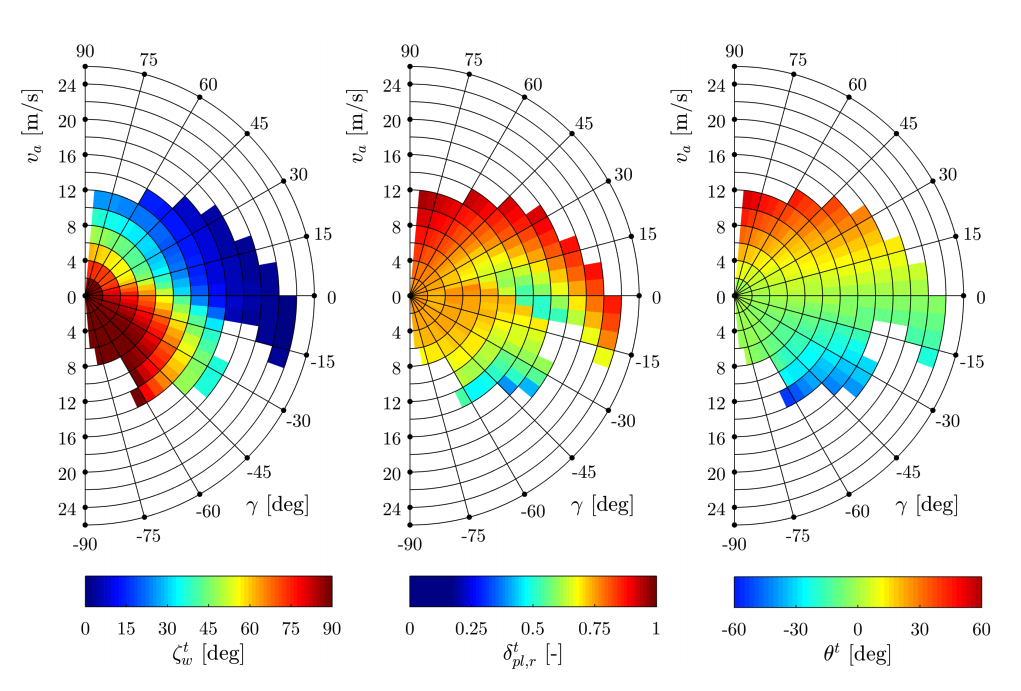 The testing was conducted on a subscale model aircraft that roughly resembles the geometry of the aEro proposed fleet of vehicles, and much of the data analysis focused on variations of tilt angle of the wing and attached propulsors [theta] and the forward speed of the aircraft. David Rohr of the ETH Autonomous Systems Lab worked extensively on creating trim maps that define the variations in trim settings of the wing (which are non-linear) as the aircraft flies in the transitory phase between hovering and accelerated forward flight.

The testing analyzed six cases, depicted in the following video:

This testing provides Dufour with valuable data that may be used as a benchmark for future flight testing on horizontal to forward flight transitions. While not the first instance of horizontal to forward flight, Dufour’s efforts are unique in that they’re one of the first publicly-available studies on this transition. In other areas of aerospace, such as defense, the V-22 Osprey in many ways pioneered this transitory flight regime.

Why it’s important: Dufour Aerospace’s advance of tilt-wing technology and release of test results confirms the companies’ progress toward a bringing an eVTOL to market. Building on the successful test of the aEro 1 aerobatic aircraft, Dufour (in conjunction with the ETH Autonomous Systems Lab) are continuing their progress in technological advances for both UAV and UAM technology.