Drone Champions AG, the organizer of multiple drone racing series taking place throughout Europe and Asia, has created a massive pilot-ready racing drone. Although the first flight was controlled remotely, DCL (Drone Champions League) foresees a future in which daring racers face off against each other with stunning feats of aerobatics as demonstrated in the first flight of the new aircraft:

The drone itself has a full carbon airframe with six arms extending outwards from an aerodynamically faired chassis, each with a pair of coaxial rotors mounted at the ends. Throughout the test flight in Croatia, the aircraft performed loops, sharp turns, and even flips. The drone itself is already capable of safely carrying a passenger as it did for DCL founder Herbert Weirather, who sat in the drone as it flew low to the ground within its testing hangar. 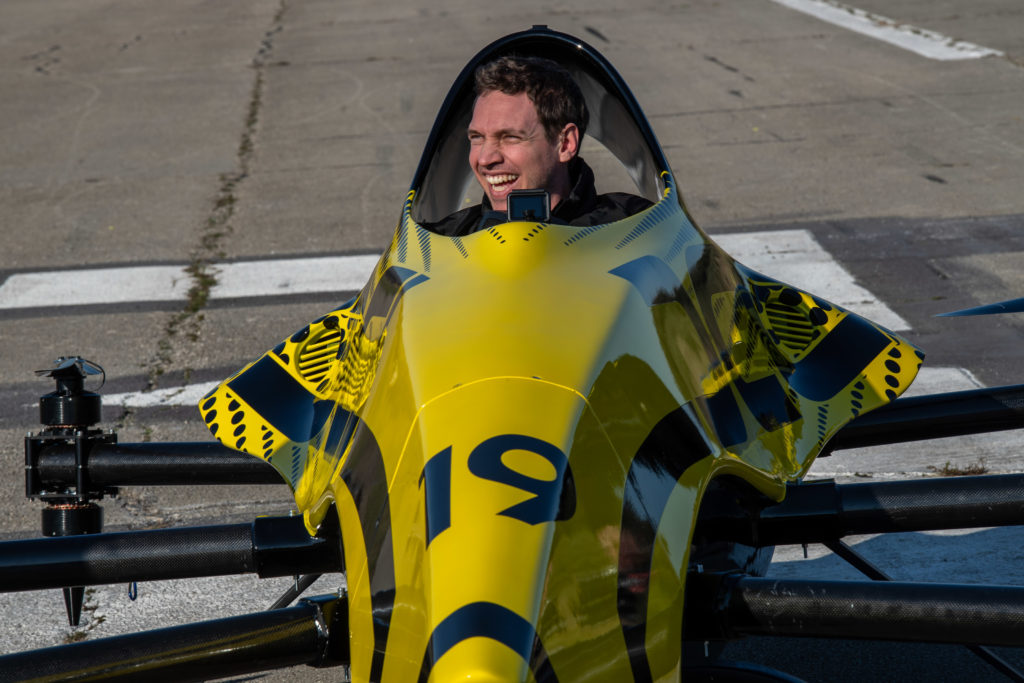 Drone Champions AG is not the first to design a racing drone for manned aerial races. Among the companies aspiring to create global quadcopter racing series are Alauda Racing and Assen Aero. To hear more about the future of manned racing, check out the TransportUP podcast with Alauda Founder Matt Person. 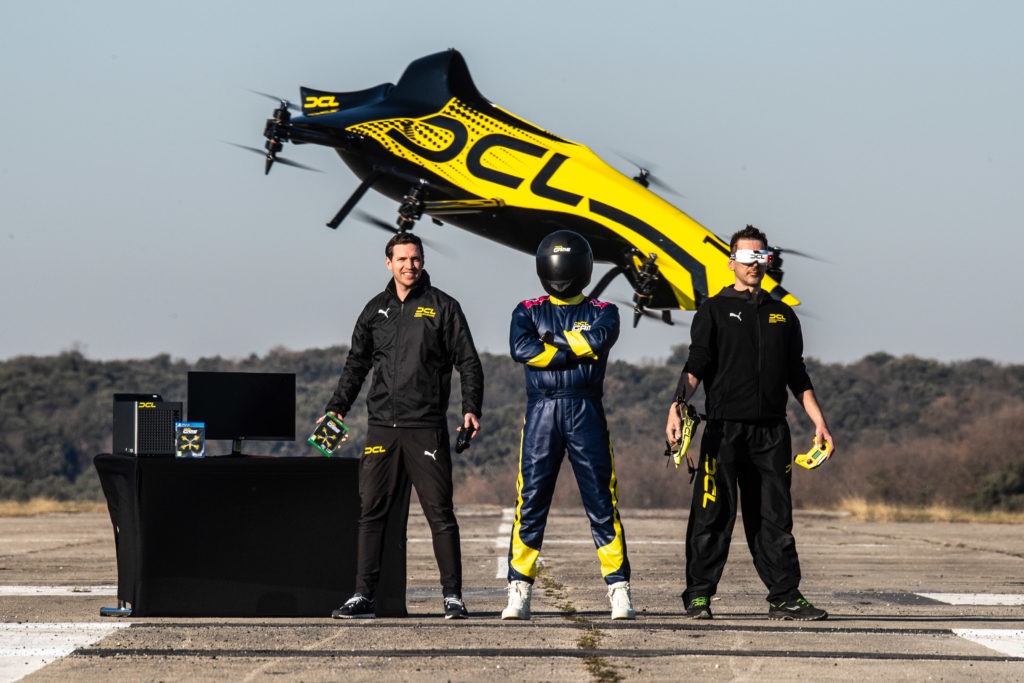 The manned racing drone by Drone Champions AG has 217 brake horsepower and produces 660lbs of static thrust, reaching a top speed of 87mph during test flights.

Why it’s important: Through the development of the manned racing drone, Drone Champions AG pushes the capabilities of passenger-sized quad-copters to the limit, breaking through new innovations in aerial sport which may have implications throughout the growing world of aerial mobility. The race organizer has  successfully leveraged the newest manned drone to bring global attention to the potential of aerial vehicles, and, through its new video game, has begun to identify the next generation of pilots for these new kinds of aircraft.