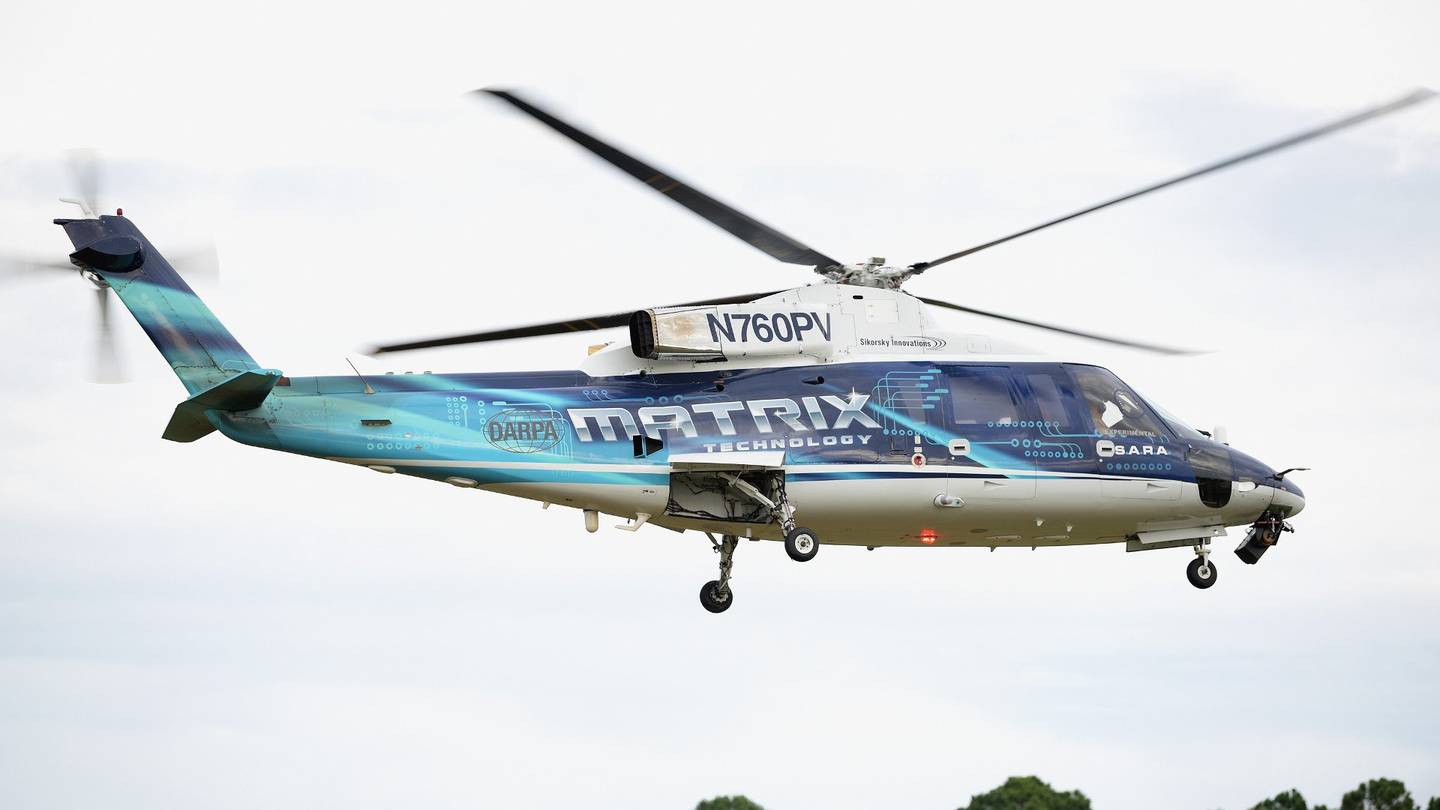 The ALIAS system, which stands for Aircrew Labor In-Cockpit Automation System, made its first manned flight on October 17th 2018. This flight was named as ‘optionally manned’, indicating the potential for full autonomy of the modified Sikorsky-76B.

The goal of the ALIAS System is to reduce the workload on pilots and provide a failsafe in case of an emergency. With the new Matrix Technology installed, pilots can program missions using a hand-held tablet computer. During the recent flight, the Autonomy Research Aircraft showcased its ability to take-off and land completely autonomously, fly while avoiding obstacles, and automatically determine safe landing zones.

“The reason this type of technology is important, is to reduce workload, the piloting workload and let the mission crews concentrate on what they’re really there to do, which is to either execute the MEDEVAC [medical evacuation], the close air support mission, or whatever they’re there to do,”–Dave Braden, Program Manager for the U.S. Marine Corps’ portion of the Future Vertical Lift (FVL) program.

Unmanned testing of the aircraft this October came four years after DARPA began work on the project in 2014 in collaboration with Aurora Flight Sciences. Aurora’s solution to a computerized co-pilot placed a mechanical arm in the cockpit that could be retro-fitted to any aircraft.

Aurora Flight Sciences ultimately left the DARPA project to join Boeing on building it’s upcoming passenger air taxi. The Boeing/Aurora team is now one of the main partners working with Uber Elevate to begin flight testing it’s vehicles in major cities like LA and Dallas by 2020. CEO of Boeing Dennis Muilenberg claims that Boeing’s air taxi prototype should be in the air the next year. Read more news about the latest Boeing passenger VTOL updates.

Why it’s important: Although Sikorsky’s recent test is military rather than commercial, it proves the viability of autonomous aircraft. Often throughout history, technology has been developed and used by the military before being accepted and integrated into public use. Such was the case with a great deal of the technology we see in today’s commercial airlines. Ultimately, progress in military VTOL autonomy is likely to mean progress for on-demand urban air mobility aircraft as well.