Alongside the Vahana and Pop.Up Next, Airbus is also taking on the endeavor of building the CityAirbus, an unmanned air taxi currently being prototyped in Donauworth, Germany. Since 2016, Airbus has been testing components and systems of the CityAirbus in order to validate its design and eventually fly a full-scale model.

Airbus describes their vehicle as “a multi-passenger, self-piloted electric vertical takeoff and landing (VTOL) demonstrator designed for ubran air mobility with cost efficiency, high-volume production and a low environmental footprint in mind.” The company has taken a slower, more meticulous approach to the manufacturing and sub-scale testing of the vehicle due to its complexity and in hope that the design can be feasible for full-scale production in the near future. First flight of the prototype CityAirbus vehicle was originally planned for the end of 2018, but has since been postponed to some time in the upcoming weeks.

The 4 pairs of contra-rotating propellors, each 2.8m (9ft 2in) in diameter, are powered by 8 specially designed Siemens SP200D (100kW operating power, direct-drive) drivetrains with exceptional torque to weight ratio. The result is a cruising speed of 120 km/h while on flying with the autonomous system on fixed routes. According to Marius Bebesel, head of urban air mobility at Airbus, they are focused on perfecting the architecture and safety systems with the unmanned CityAirbus first, but plan to possibly include the option for piloted flight. Though, it will be initially operated by a pilot to “ease certification and public acceptance, paving the way to future fully-autonomous operations.”

The propulsion system is designed for a max capacity of “four passengers over congested megacities to important destinations such as airports or train stations in a fast, affordable and environmentally friendly way. The innovative four-ducted propeller configuration significantly contributes to safety and low acoustic footprint,” according to Airbus. Meanwhile, Airbus is still perfecting its design with trade studies, such as the investigation of switching from wood to composite propellors, in order to be confident in the design as a high-volume production vehicle. 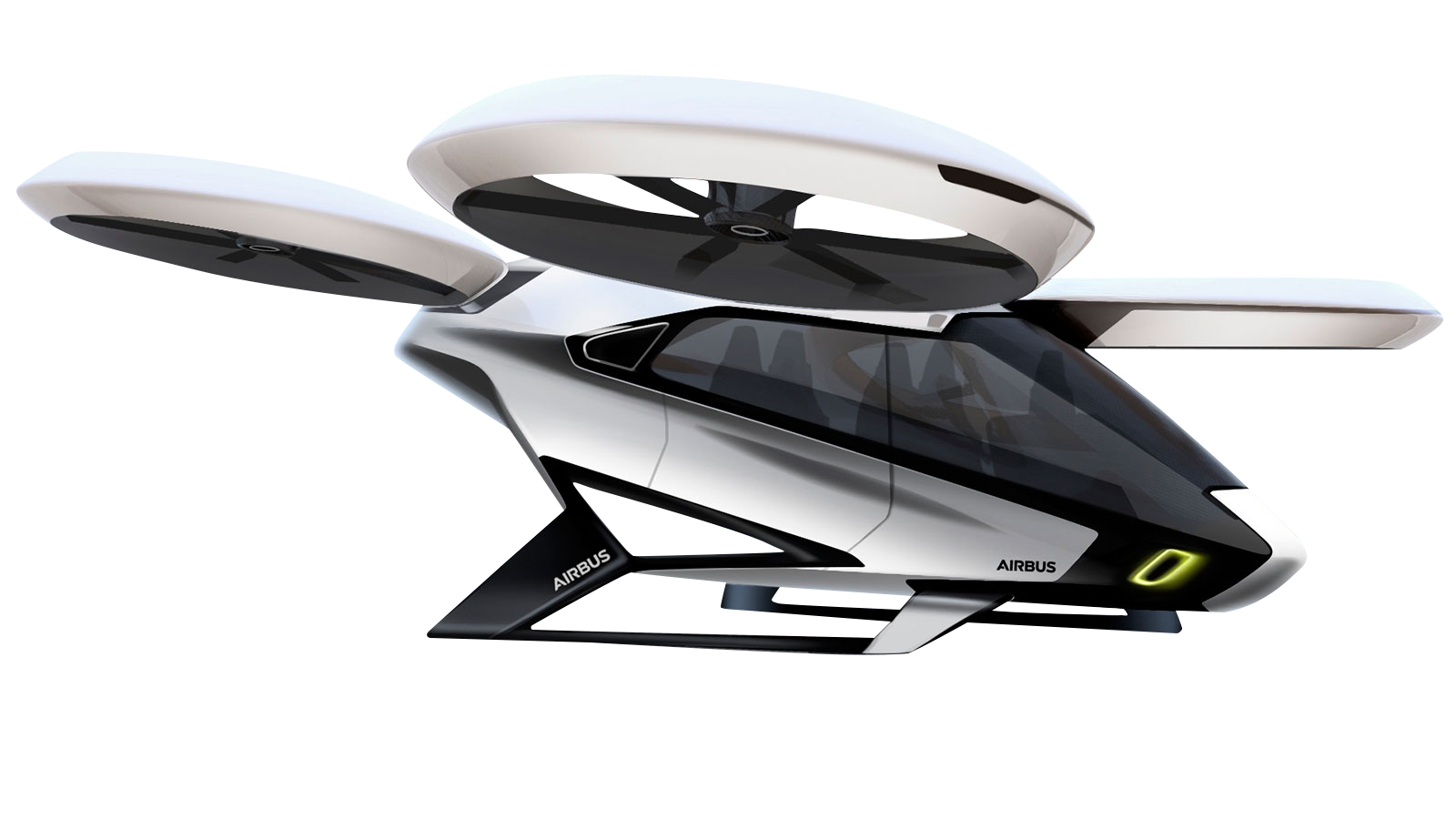 For more technical specifications of the CityAirbus, visit the Hangar.

Why its important: Airbus is showing a strong commitment to the urban air mobility industry by investing in a third concept design. The specifications of the CityAirbus are comparable to the vehicles of other leading companies, possibly demonstrating the convergence on an efficient design that will best fulfill the need this industry is attempting to address. The thorough design and testing process of the CityAirbus will be put to the test in the upcoming few weeks, as it first attempts to depart the ground.