Developed by Cezeri Artificial Intelligence and Robotic Technologies, a team of 50 engineers under the Baykar Group, the Cezeri took the stage for the first time at Teknofest, Turkey’s top aerospace and technology festival. Named after the 12th-century Muslim inventor Ismail al-Jazari (Cezeri in Turkish), the team has been involved in hundreds of projects, including Boeing, Bell, Rolls-Royce, Uber and Amazon due to their impressive unmanned aerial vehicle-based technology. 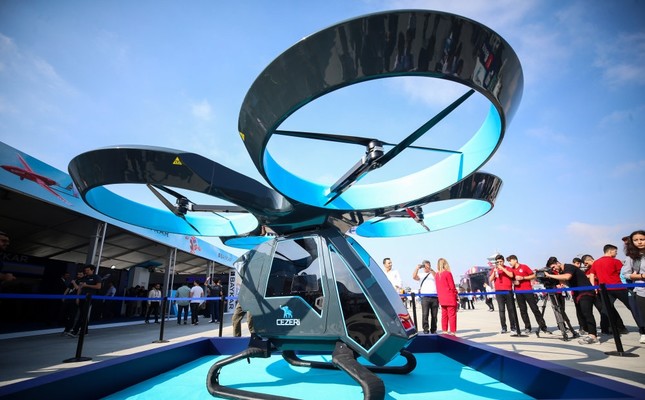 The Cezeri flying car was on display at Teknofest in Turkey, from Sept. 17-22

While there is not much public information available about the Cezeri flying car, Ozan Yağcı, project manager for Cezeri Artificial Intelligence and Robotic Technologies, announced that the Cezeri was close to undergoing flight tests.”We are not following the trend but determining the trend. We have gathered serious experience in aviation for a while now. Our Bayraktar TB2 UAV flew around 150,000 hours. We have very advanced technologies in terms of both software and hardware,” Yağcı said.

Some key important factors in the Cezeri that Yağcı noted are battery technology and reliability. “Hybrid stays in the air longer, but there is carbon release. After all, everyone has to go back to electricity, but the truth is that a serious leap is a must in battery technology,” said Yağcı. He heavily emphasizes the importance of reliability in the Cezeri as well: “In aviation, there is a rule: to say that an aircraft is reliable, it must have flown 30,000 hours. Many international brands have made hour-based flights. We have achieved thousands of hours; therefore, we use proven flight algorithms. We own the critical components, the entire flight control system, the sensor and the structural system of this vehicle.”

The Cezeri is still in the early stages, but Yağcı and the Baykar Group are taking their time to ensure safety and reliability. “Before dozens of these vehicles fly in the air, everything needs to be defined regularly because there are too many details to consider,” said Yağcı, “This is a very difficult job. There is no international standard because everyone is new at this. It will take time to close the gaps in the aviation sector. Both the U.S. and Europe have just begun working on this issue. As we begin our flight tests, we will also work on these civil aviation rules.” 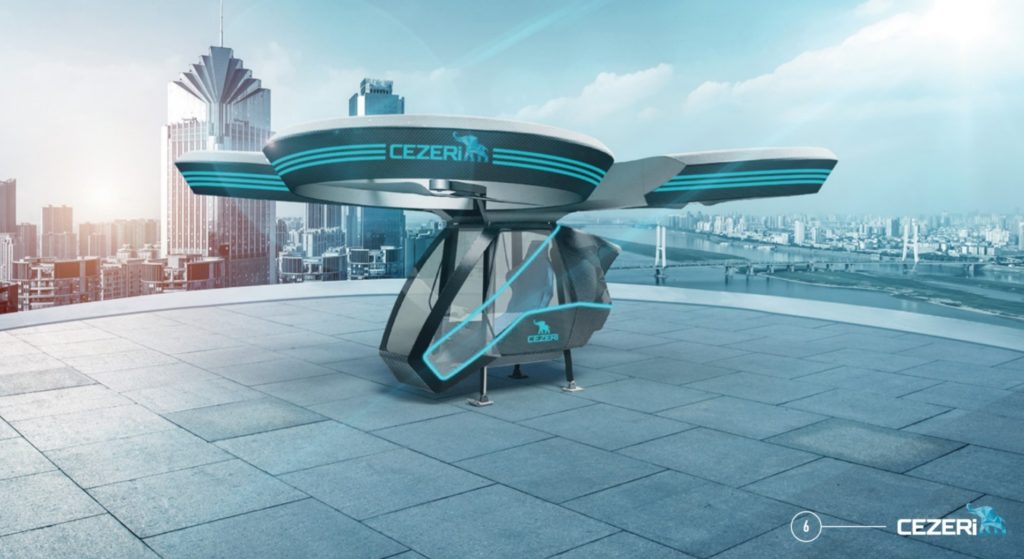 Why it’s important: Countries are continuing to make inquiries and decisions to enter the aerial mobility market. Turkey, Japan, and many other countries are now all looking into supporting their own native aerial mobility vehicles with political and financial backing. The possibility that localized aerial mobility traffic systems are created for each country could present massive implications for global aerial ride-share services such as Uber Elevate.