Since February of 2014, Bye Aerospace has been developing an all-electric trainer aircraft, designed to reduce the fuel costs of training new pilots. Having already certified its aircraft through the FAA’s FAR 23 rules, Bye Aerospace will be releasing two models; the 2-seater eFlyer 2 and the 4-seater eFlyer 4. Combined, orders for these aircraft now total over 330.

As of today (June 2nd), Bye Aerospace announced that it is nearing completion of the eFlyer 2 critical design phase. This final part of this design phase is meant to clear the aircraft’s design to proceed into fabrication, demonstration and test. The CDR (critical design review) being conducted will also ensure that the aircraft meets the FAA 14 CFR 23 Amendment 64 certification standards and performance requirements within the eFlyer 2 cost, schedule and safety criteria. Once these reviews are completed, Bye Aerospace will begin delivering electric aircraft to customers.

“I’m grateful to our remarkable team of engineers, designated engineering representatives, our development partners and suppliers for their support in the engineering progress of eFlyer 2,” said George E. Bye, CEO of Bye Aerospace.  “This important upcoming aviation industry milestone is a reflection of the team’s incredible dedication and hard work.” Bye Aerospace reached this latest milestone while working from home due to concerns over the Coronavirus pandemic, indicating the high-functioning capabilities of its engineering and executive teams.

Notably, Bye Aerospace is certainly not the first company to begin putting functional electric aircraft into the skies. Just this week, MagniX and AeroTEC flew the world’s largest all-electric aircraft, a converted Cessna Grand Caravan 208B. Other companies like eViation, Ampaire, Voltaero and more have all begun creating electric aircraft that may soon enter operation. 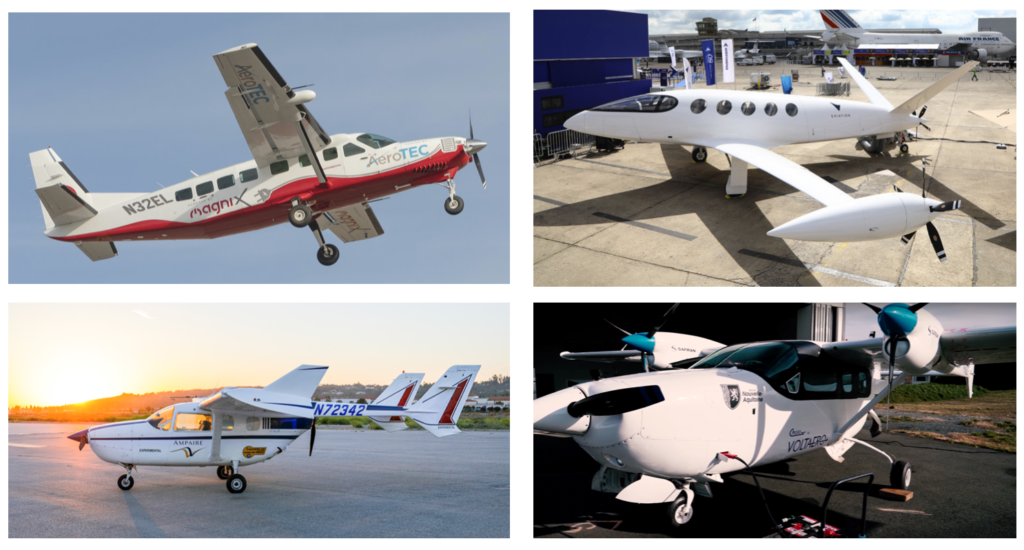 Why it’s important: Although Bye Aerospace is not in the business of developing eVTOLs, its progress into attaining FAA certification for electric aircraft, and its efforts to put these aircraft into useful operation, paves the way for electric flight technologies utilized by eVTOLs. Putting certified electric aircraft into use is no small feat, and building the aerial mobility industry will likely happen incrementally, starting with products like the eFlyer.