Bye Aerospace, a growing developer and manufacturer of all-electric aircraft, has partnered with aviation propulsion expert Safran to power its eFlyer2 and eFlyer4 aircraft. The eFlyer2 is an advanced, all-electric trainer aircraft that has already been in the skies quite often for extensive flight testing. A $5,000 deposit is required to pre-order the aircraft, and 711 of these purchase deposits have already been made. According to Bye Aerospace, the purpose of the eFlyer is to create an environmentally sustainable aircraft for flight training and recreational purposes. 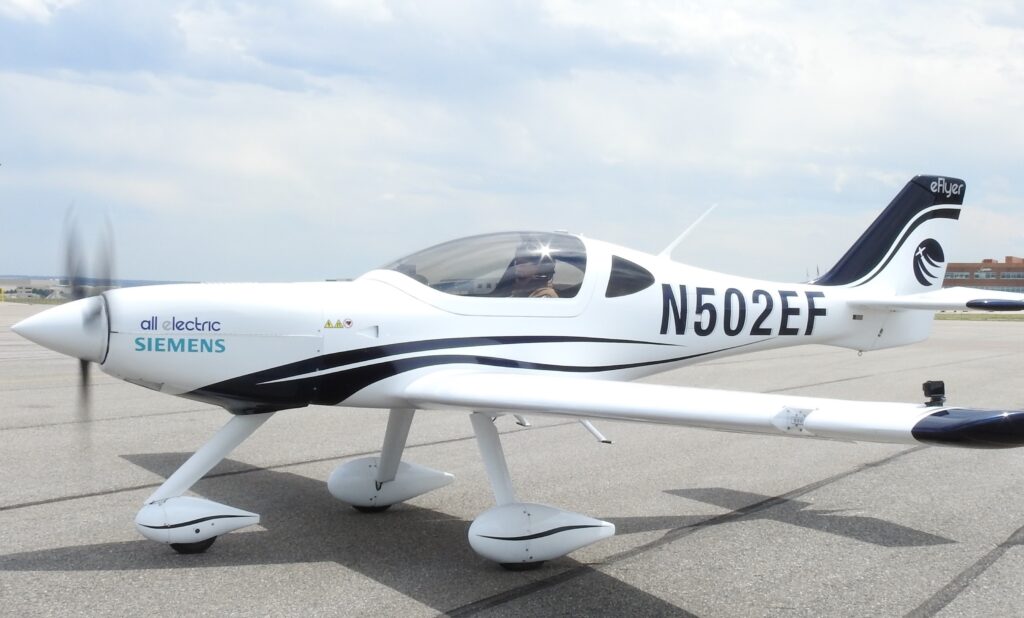 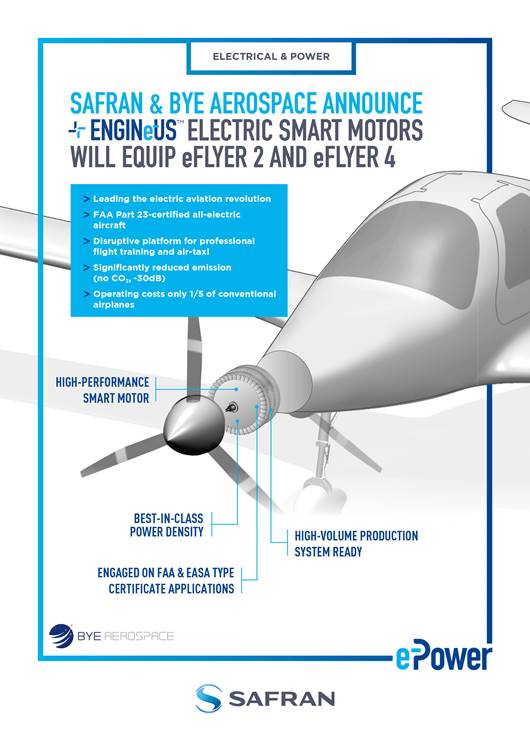 According to Safran, its ENGINeUS TM product line includes a broad range of electric motors with power outputs from single digit to 500 kW. The ENGINeUS TM 100, which will equip eFlyer 2 & eFlyer 4, has particularly high performance and features a fully integrated motor controller within the motor package. The thermal management is provided by an optimized air-cooling system, jointly integrated by Safran & Bye Aerospace into the aircraft structure. Said George E. Bye, CEO of Bye Aerospace, “Bye Aerospace has concluded that Safran’s ENGINeUS TM 100 smart electric motor is the optimal production solution to meet the requirements of our rigorous FAA and EASA certification schedules for eFlyer 2 and eFlyer 4…We must continue forward at a high-tempo pace to meet the demands of aviation enthusiasts worldwide who have been waiting years for all-electric airplanes to come to market.”

Why it’s important: Companies like Bye Aerospace are expanding the envelope for what kind of performance specifications are possible using all-electric motors. By creating electric systems for traditional fixed wing aircraft, Bye Aerospace is getting electric flight tech in the air sooner rather than later, which will help pave the way for future applications for electric propulsion in new eVTOL aircraft and more. Notably, Bye Aerospace joins Pipistrel, MagniX, and VoltAero by flight testing and even beginning to sell all-electric aircraft.