Tactical Robotics, a developer of enclosed rotor VTOL technology in Israel, has signed an agreement with Boeing to explore both the production options and commercial applications of Tactical Robotic’s autonomous aerial vehicles. 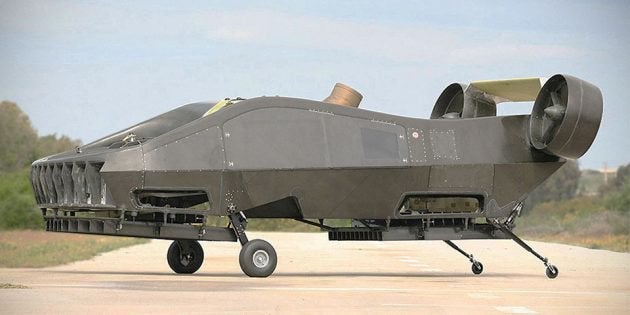 So far, Tactical has designed and prototyped a heavy-duty unmanned VTOL called the Comorant (seen above). The single-engine aircraft is autonomous or can be remotely controlled, and is purpose-built for emergency responses and important operations. Unique to Tactical Robotic’s design is its enclosed rotors, which, according to the company, will enable it to traverse and access some types of terrain (e.g. mountainous, wooded, urban) that helicopters may have more difficulty with. Additionally, enclosed rotors have enhanced safety for people surrounding them.

Through the new agreement, Boeing and Tactical Robotics hope to work together on jointly “developing, producing and marketing” aircraft with vertical take-off and landing (VTOL) capabilities. Boeing has already developed a passenger air vehicle prototype with its new subsidiary Aurora Flight sciences, and has partnered with Uber Elevate, so technology from Tactical may contribute to Boeing’s air taxi ambitions.

The stated mission of Tactical Robotic’s parent company, Urban Aeronautics, is to”create, manufacture and market a family of VTOL, multi-mission, utility aircraft known that are capable of operating safely in complex urban and natural environments”. Urban Aeronautics, which has existed for over 35 years and is lead by Dr. Rafi Yoeli, is using what it calls ‘Fancraft’ technology to design vehicles for passenger use as well as emergency response. UrbanAero’s other subsidiary, Metro Skyways, is developing the CityHawk eVTOL for urban use, which follows a similar design to the Comorant. Fancraft technology uses ducted rotors for lift, and transitions to accelerated forward flight by diverting more of the airstream rearwards.

Why it’s important: Tactical Robotics brings forward a new kind of VTOL technology in the form of enclosed ducted fans used for both lift and forward acceleration. This fan style is unique to Tactical Robotics, and may offer important benefits that open-rotor VTOLs lack. Through this new partnership, Boeing will be able to explore the potential of this technology, as well as eventually offer it in some of their commercially offered aircraft and services.