Blade Partners with magniX for Electrification of Lima Cessnas

Blade Urban Mobility Inc. and magniX have partnered to integrate magniX’s Electric Propulsion Units into Lima’s Blade-branded fleet of Cessna Caravans, an amphibious aircraft used by Blade in their aerial mobility routes. The integration is expected to be finished by early 2023, where each all-electric Caravan will operate in zero-emissions while maintaining the current performance standards for the Caravan, and outputting significantly less noise footprints with lowered operating costs.

As part of the partnership, Lima will be the exclusive owner of the supplemental type certificate (STC) for the Caravan’s conversion from the turbine engine to the magniX EPU in the northeastern part of the United States. Currently, Blade is the exclusive platform for Lima flights for public use in the United States, where key routes include trips between the Blade Aqua Lounge at the East 23rd Street seaplane base in New York City, the eastern end of Long Island, and the Blade Terminal in Nantucket, Massachusetts. 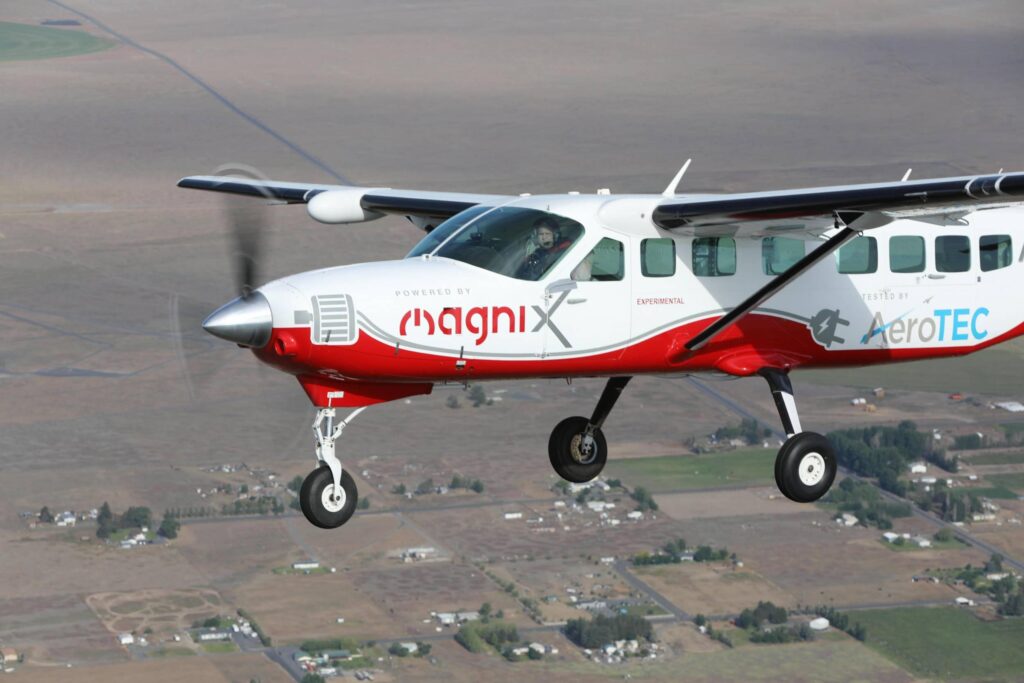 The Cessna Caravan, provided by Lima and Blade. Photograph: magniX

According to Blade president Melssia Tomkiel, “Amphibious seaplane service has always been an essential part of our urban air mobility strategy, given the aircraft’s unique ability to access city centers through conveniently located waterways, such as Manhattan’s East River, as well as traditional airports. The electrification of our accessible fleet of Blade-branded aircraft, made possible through our alliance with magniX and Lima, one of our key operating partners, will further accelerate our transition to quiet, emission-free flight, allowing us to reduce the environmental and sound impact in and around the communities where we fly.”

Another aircraft that will soon be added to Blade’s fleet: The BETA Technologies ALIA. Photograph: Blade

Additionally, according to magniX CEO Roei Ganzarski, “Partnering with Blade and Lima to bring electric aviation to one of the largest cities, and highly populated regions in the United States, is an incredible proof point to the value of offering communities zero emissions, reduced noise, and lower operating costs. With electric propulsion as our cornerstone, magniX continues to build toward the new electric age of aviation.”

This partnership is subject to the FAA”s approval of the STC as well as both parties entering into further agreements, but is expected to pass with no issues.

Why it’s important: This recent partnership between Blade and Lima is one of many exciting announcements from BLADE, which also recently signed with Beta Technologies to acquire up to 20 of BETA’s ALIA eVTOL aircraft. Through Blade’s agreement with magniX, one of the largest current aerial mobility providers continues to move in the direction of electrification for their fleet.
Source // Business Wire