A patent filed by Bell Flight in January of 2018 may hint at the design of its air taxi concept.

US Patent 2018/0208305 shows a three fanned air taxi that has tilting rotors – one on each wingtip and one at the tail of the aircraft – that would enable vertical takeoff and landing. Furthermore, the patent includes provisions for electric charging that begins automatically when weight from the landing gear of the air taxi is sensed on the landing pad, along with other energy storage provisions including battery technology. 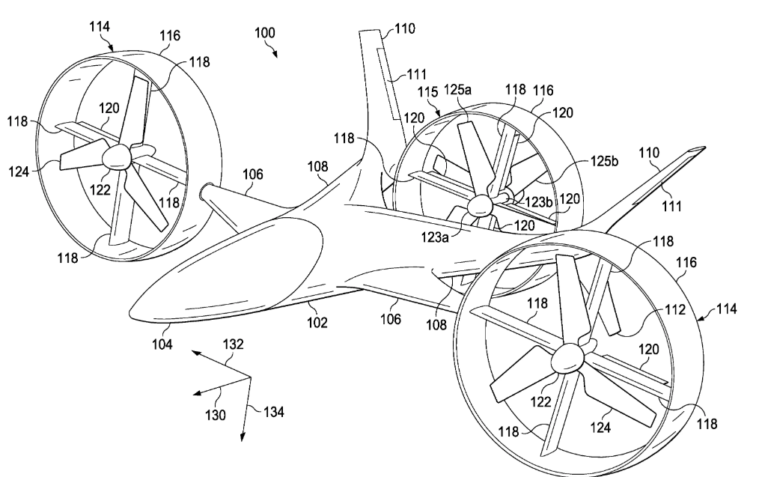 Bell Flight hasn’t released the full version of their eVTOL yet; only teaser videos and a mock-up of what the cabin of such an aircraft could potentially look like. Additionally, there is no indication from Bell when the full design will be unveiled.

Why it’s important: While the specific design of the Bell Air Taxi is important, the higher level understanding of the mission and vision that Bell intends its product to serve is even more important. Since Bell Flight is a partner with Uber in their Elevate initiative, most likely any concept that Bell releases will adhere to the eCRM (common reference model) standards that Uber enacted in order to merge their booking technologies with air taxis that will service their desired market segment.