Bell / Textron have been in the vertical lift industry for decades, designing high tech helicopters for both military and civilian applications. Now, after setting its sights on urban civilian air taxis, the company has added a focus on high-speed, longer distance VTOLs as well.

In May of 2021, TransportUP reported that the United States Air Force had granted Bell a $950,000 grant for high speed VTOL research. At the time, the company had filed several drawings for what the configuration might look like. Those original iterations showed a T-tail aircraft with mounted jet engines (similar to many private jet configurations), adding large tilt rotors at the ends of the wings that could provided both vertical lift for takeoff and landing, and additional thrust in forward flight.

Now, Bell has released a more officialized version of its design, including renderings of what the aircraft will look like:

This design fits in with the initially released drawings, signaling Bell’s commitment to the folding rotor design that makes the aircraft aerodynamic for high speed flight.

Said Jason Hurst, Vice President of Innovation at Bell, ““Bell’s HSVTOL technology is a step change improvement in rotorcraft capabilities. Our technology investments have reduced risk and prepared us for rapid development of HSVTOL in a digital engineering environment, leveraging experience from a robust past of technology exploration and close partnerships with the Department of Defense and Research Laboratories.” As a reminder, Bell is also responsible for the design of the famous and widely used V-22 Osprey tilt-rotor VTOL aircraft.

Notably, Bell is not the only company to recently release an HSTOL design. Joining the industry is another US-based company called Advanced Tactics Inc, which has partnered with Rotor X Aircraft Manufacturing Co. (Rotor X) to release what it calls Barracuda HSVTOL. According to the two companies, the planned aircraft will cruise three times faster than the current USAF rescue helicopter HH-60 Pavehawk and will have four times the range. The Barracuda features a swinging-arm rotor design that will allow four large propellers to provide both vertical lift and high-speed forward thrust: 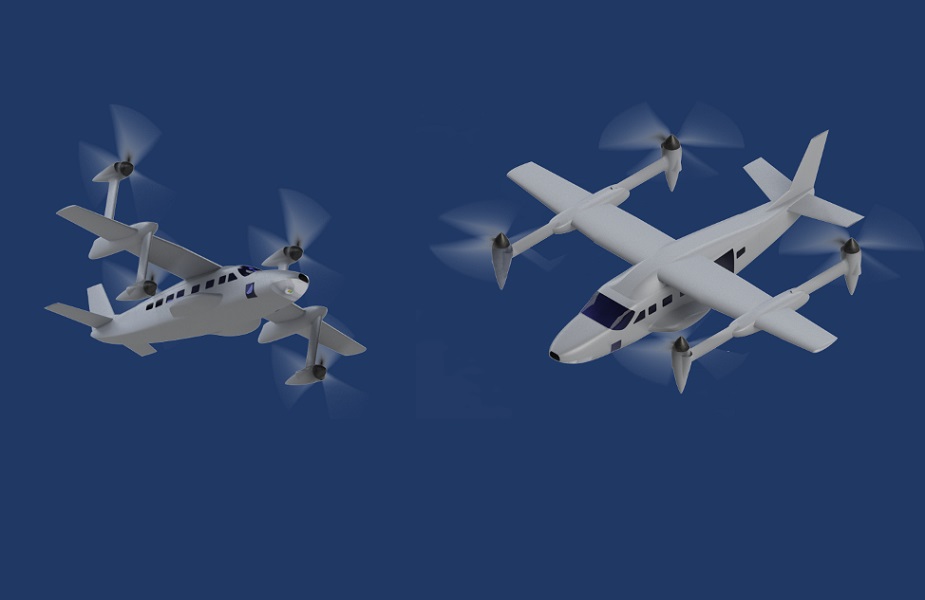 Why it’s important: Although Bell had previously focused its VTOL innovation efforts on its upcoming Bell Nexus Air Taxi, the company appears to also be branching out to other advanced VTOL offerings as well, offering a holistic picture of the various types of markets for new vertical lift aircraft. The fact that other companies such as Advanced Tactics and Rotor X are also developing HSTOLs indicates that there are many high-potential applications for these kinds of aircraft, which could include regional transportation for both military and civilians, commercial shipping distribution networks, disaster relief, maritime patrol, and more.