While many were attracted to Volocopter’s first public flight demonstration of its 2X prototype in the United States, on the same day, California-based Opener’s BlackFly completed a flight for the public as well. 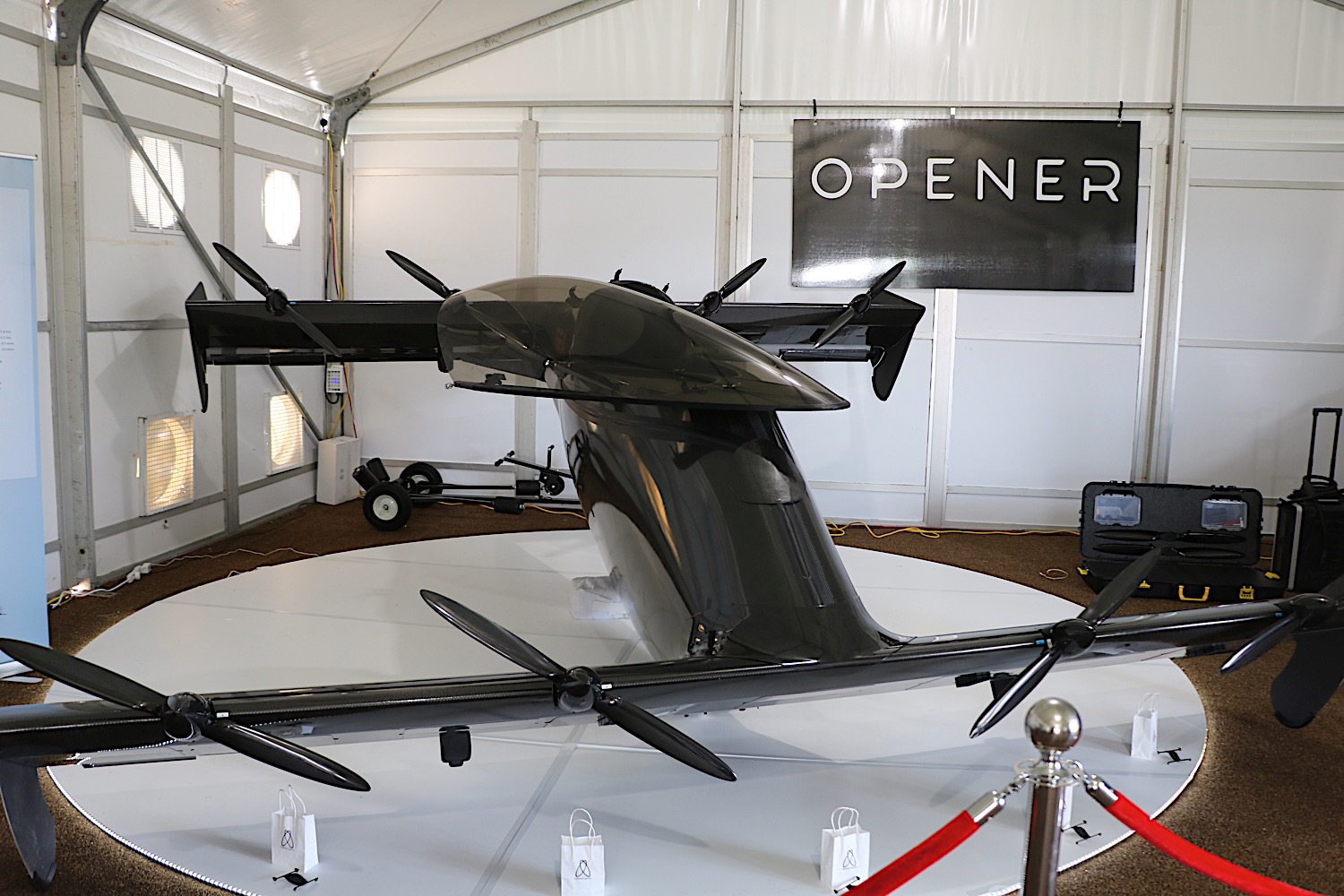 The firm has been relatively quiet the past two years throughout the COVID-19 pandemic. A tweet from March 2020 stated, “We’ve been busy—improving manufacturing processes, enhancing efficiency for future demand, refining vehicle design to be robust, and making advancements to our motors/motor controller. Once we’re done, we’re hitting the road.”

It appears Opener has been busy indeed, as the company came out of stealth mode once again with a public demonstration of its BlackFly prototype.

That absence has been quite intentional, said Celia Oakley, director of information at Opener. “We’re well funded, and so we wanted to focus on the design, technology, and engineering without distraction,” she said. “We haven’t been promoting ourselves in the media because we have the luxury of being able to focus on the technology without needing to attract investors.”

Opener intends to certify BlackFly as a ultralight aircraft, not requiring an FAA pilot’s license to operate. In fact, many of the engineers at Opener have flown BlackFly, including Eleanor Li, who operated the prototype for the air show. BlackFly intends to maintain safety with triple redundant systems and a robust training program alongside its sales efforts.

Kristina Menton, director of operations for Opener, reinforced that through her clear excitement about the completion of this week’s flight. “This is just the very beginning. It’s the first flight we’ve done in front of an audience greater than 12 people,” she said. “We’re looking forward to seeing what the aircraft can really do.”

Why it matters: Opener looks to be a one-operator design likely made for personal use as the BlackFly prototype does not appear to have any passenger capacity. Without the need to operate BlackFly with a pilot’s license, the market will be even wider to attract those with the ability to afford it.