AutoFlightX, the developer of eVTOL aircraft and large-scale drones since 2018, is continuing to create ever bigger autonomous aircraft with the release of its V400 eVTOL aircraft this week. The company prides itself on being one of the aerial mobility industry’s top developers of high-capacity, fixed-wing eVTOL cargo drones, with plans to create and deploy a passenger-ready model by 2025. 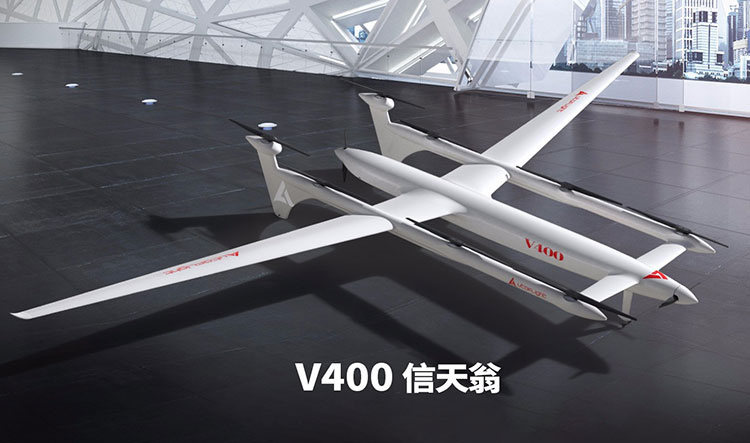 On September 13th, 2020, AutoFlightX unveiled the V400 “Albatross” at the World UAV Federation’s 2020 Drone World Congress in Shenzhen, China. This aircraft is the company’s biggest commercially produced aircraft yet, with a wingspan of 30 feet and a payload capacity of up to 220 lbs. The Albatross will come in both a completely electric version with a range of 185 miles, and and a hybrid-electric version with a range up to 620 mi. Previous models included the V50 White Shark drone, which could only carry loads up to 45 lbs, but broke multiple flight duration records. 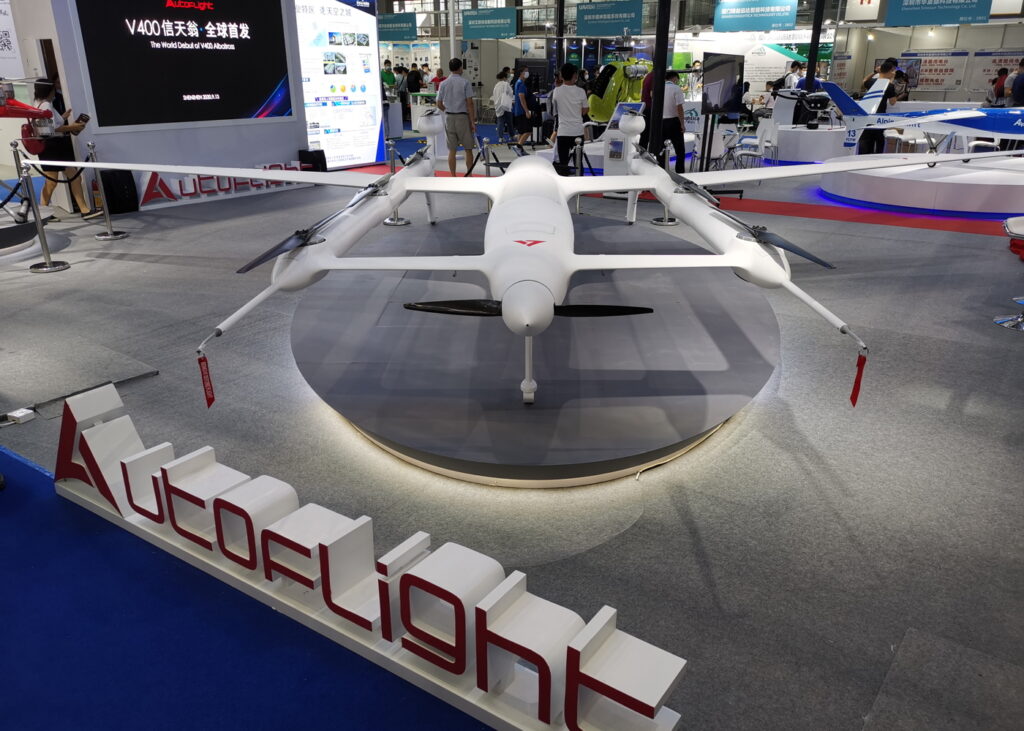 AutoFlightX is now accepting orders for the V400, which can be used for express delivery, disaster relief, first response, and other applications. Construction of the V400 prototype is now completed, and the maiden flight is expected by the end of this year. AutoFlightX is headquartered in Shanghai, with research and development facilities in Munich, Germany, and Shenzhen, China.

Why it’s important: AutoFlightX has said that while it is currently building cargo drones, it intends to use the commercialization of its eVTOL aircraft to build the vision for its UAM air taxis of the future. In 2018, it shared a prototype for its V600 passenger vehicle, which it hopes to begin producing in 2025. Said an AutoFlightX spokesperson, “AutoFlightX believes that the research, design, certification, and mass production of eVTOL with large payload capacity are fundamental to the commercialization of the UAM vision.” Additionally, AutoFlightX believes that the V400 will meet the current requirements of the Civil Aviation Administration of China, and thus has a clear path to commercialization in that country.