Archer Aviation’s ‘Maker’ eVTOL demonstrator aircraft has completed its first successful hover flight. The flight marks the completion of the company’s first full and complete systems test and validation of every hardware and software component working as intended to move the aircraft into the air.

The flight test was completed at 10.30am PT on 16 December and also resulted in the successful checkout of the company’s flight control system in flight and the end-to-end close of flight software. Now that flight has been achieved, Archer will move forward with an ongoing extensive flight test campaign into 2022 and beyond.

In November, Archer’s dedicated flight test team, consisting of experts in flight test, battery, propulsion, flight controls, and software and avionics, moved from the company’s headquarters in Palo Alto to a new flight test facility to prepare for this important milestone. Over the past two months, the team been focused on Maker’s integration and ground testing in order to prepare the aircraft for a successful first hover flight, as well as ensuring it meets the FAA’s standards  for airworthiness certification. After being fully integrated, Maker moved into its ground testing phase, which included verification of the control and propulsion systems, along with driving the motors at full power, and then putting those motors through stress testing to ensure all systems were operational and ready to withstand flight testing. After completing an untethered test, during which the Archer team verified that the entire propulsion and flight control system was functioning correctly, Archer’s flight test team approved the aircraft for its first flight.

“Everything we’ve accomplished this year, every milestone hit and partnership struck, was all with one goal in mind: developing both an aircraft and a UAM ecosystem that could scale and change the face of intra-city travel,” shared Adam Goldstein, Archer co-founder and co-CEO. “With our first hover flight now completed, we’re one major step closer to that goal and have proven that Archer can work at a fast pace without sacrificing safety or quality. Our team stands ready to continue that pace as we work toward launching an aerial ridesharing service in late 2024.”

“As an early investor in Archer, it’s been rewarding to watch Archer grow as a company and really help shape the industry. What began as a mission-driven company to change how we think of daily transportation, has today proven that passion and mission can yield incredible results,” added Marc Lore, renowned entrepreneur and first investor in Archer. “I congratulate the whole team on today’s first hover flight accomplishment and look forward to seeing the way Archer’s unique mode of transportation shapes our cities of tomorrow.” 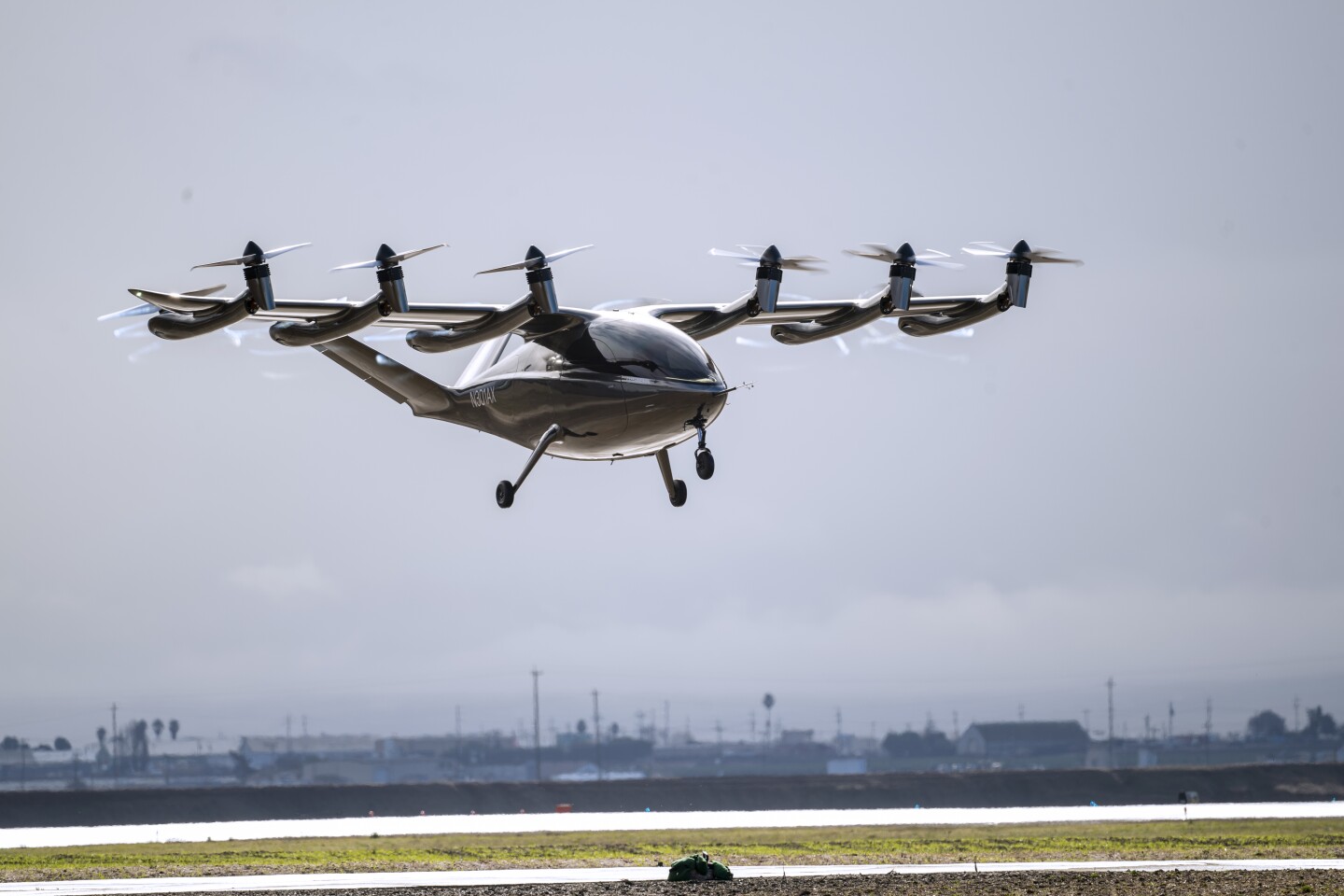 Archer’s ‘Maker’ eVTOL as it takes to the air.

Why it’s important: As Archer moves into the new year, this testing campaign will broaden to include hover expansion, advancing Maker’s design capabilities and reaching higher altitudes. Following the hover expansion, the team will transition to full envelope development, ensuring that Maker is able to move from hover to forward flight. While expanding Maker’s test flights, Archer also plans to unveil its piloted, four-seat production-intent aircraft in 2023.