AMSL Aero has unveiled the latest results of the development in their eVTOL aircraft, a full-scale prototype vehicle called the Vertiia. The Vertiia will be able to fly up to 800 km (500 miles) on hydrogen, and will start out as an air ambulance. Developed in conjunction with the University of Sydney and Mission Systems, AMSL Aero’s Vertiia is a transitioning multirotor eVTOL, with eight large propellers mounted on two wide carbon fiber poles extending from the upper tail and lower front of the fuselage. According to AMSL Aero, the Vertiia is rated to cruise at around 300 km/h (186 mph) and it’ll be piloted on debut, but will have autonomous capabilities built in, ready to come online when such things become legal.

The Vertiia will initially possess a range of around 250 km (155 miles) using battery-powered technology that’ll require long charges between flights. Eventually, AMSL Aero plans on extending the range to 800 km (500 miles) by replacing the batteries with a hydrogen powertrain, which will also enable quicker refueling.

The Vertiia’s first consumer will be CareFlight, an aeromedical company that looks to use eVTOL as an air ambulance, providing aerial access to remote communities may not have the ability to receive conventional medical aircraft. AMSL Aero plans to have the Vertiia commercially available by 2023. 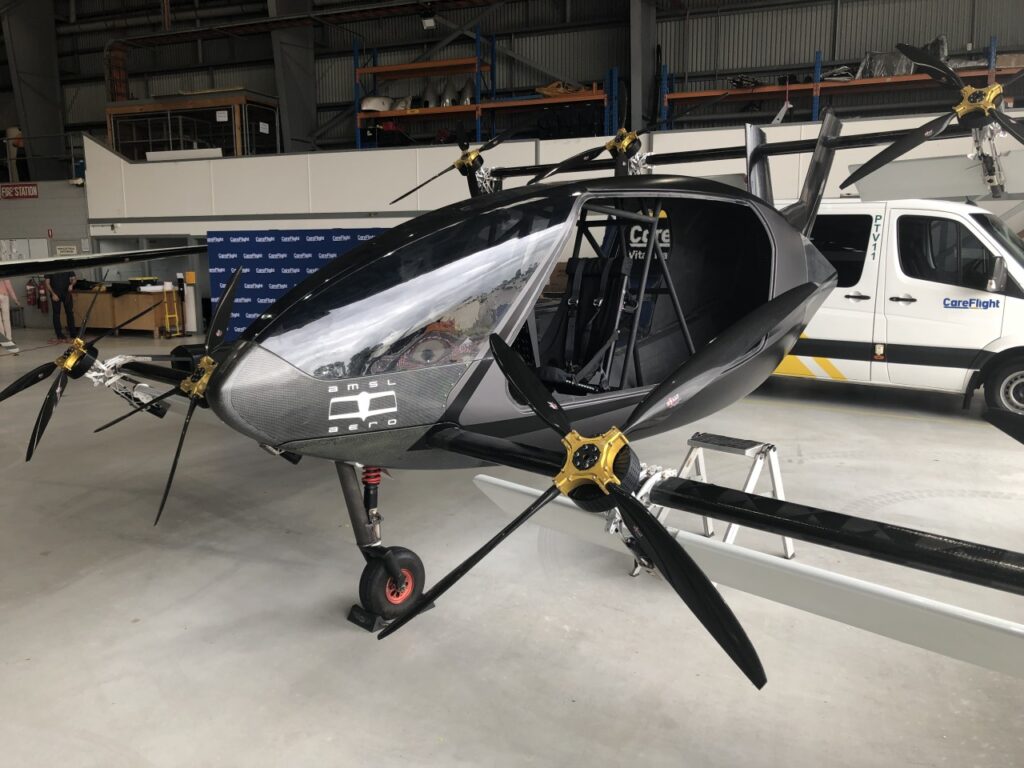 Why it’s important: With the completion of a full-scale prototype, AMSL Aero has reached an important milestone in the development of the Vertiia, and can now begin flight tests in earnest. AMSL Aero has big plans for the Vertiia, aiming for both autonomous capability and hydrogen-powered flight in the future. While implementing these features as well as obtaining certification by 2023 will be no easy task, AMSL Aero’s current progress rate is an encouraging indicator of their future outlook.