NextAirspeeder Adds to its Technical and Engineering Leadership Teams
Vehicles/Manufactures

Ampaire Will Complete Hybrid-Electric Flight Testing in the UK

After being acquired by regional mobility company Surf Air, and completing several tests of its aircraft in Hawaii and California, Hybrid-Electric aircraft developer Ampaire will now begin flight demonstrations in the U.K.

The upcoming flights in the U.K are part of the new Towards Zero Emissions in Regional Aircraft Operations (2ZERO) program in the country, which has received a £2.4 million ($3.3 million) grant as part of the £30 million funding from the British government for its Future Flight Challenge. Initially, Ampaire will demonstrate its six-seat Electric EEL aircraft (a converted Cessna 337 SkyMaster), and later it will add the 19-seat Eco Otter SX, which is based on the Twin Otter. 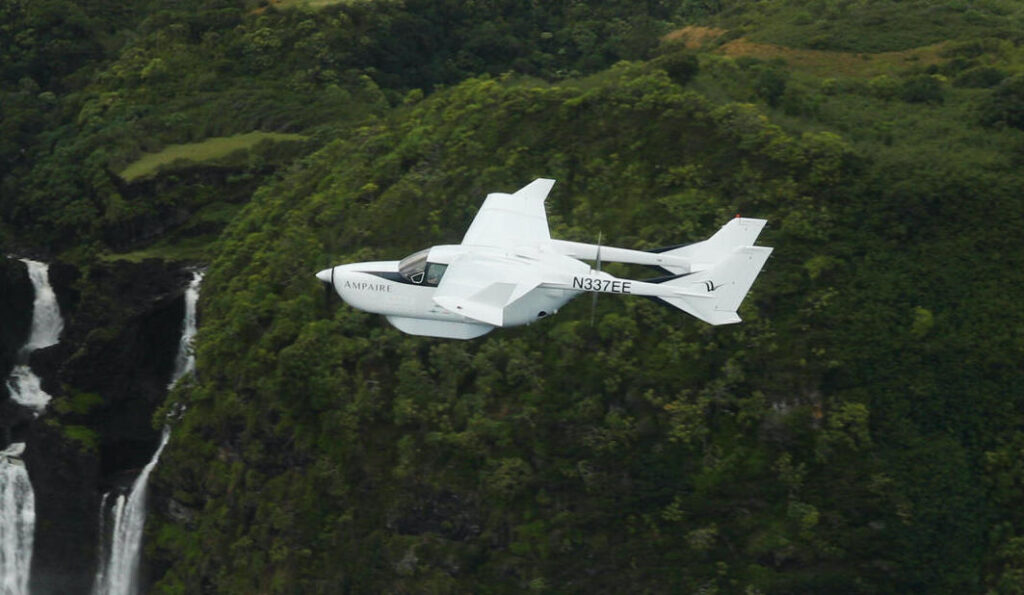 The 2ZERO consortium also includes several UK-based organizations, including Rolls-Royce Electrical, the University of Nottingham, regional airline Loganair, Exeter and Devon Airports, Cornwall Airport, the Southwest Local Enterprise Partnership, and UK Power Network Services. The goal of the collaboration is to evaluate how new hybrid-electric aircraft can be integrated with existing airport and airline operations, with flight testing at Exeter and Newquay airports in the southwest of England. Some of the partners will also be contributing financially to the program.

Ampaire has already tested the Electric EEL aircraft in Hawaii with local regional carrier Mokulele Airlines. In February, Surf Air Mobility acquired the start-up in a deal worth over $100 million.