Ampaire Flies Longest Route to Date for an Electric Aircraft

Ampaire is a Los Angeles-based company whose mission is to be the world’s most trusted developer of practical and compelling electric aircraft. To start, the company is retrofitting existing passenger aircraft to electric power – the quickest and most capital efficient approach to making commercial electric air travel a reality. Ampaire flew the largest hybrid electric aircraft at the time in May 2019, and they have recently accomplished the longest flight to date for any commercially relevant aircraft employing electric propulsion, in this case a hybrid-electric propulsion system. 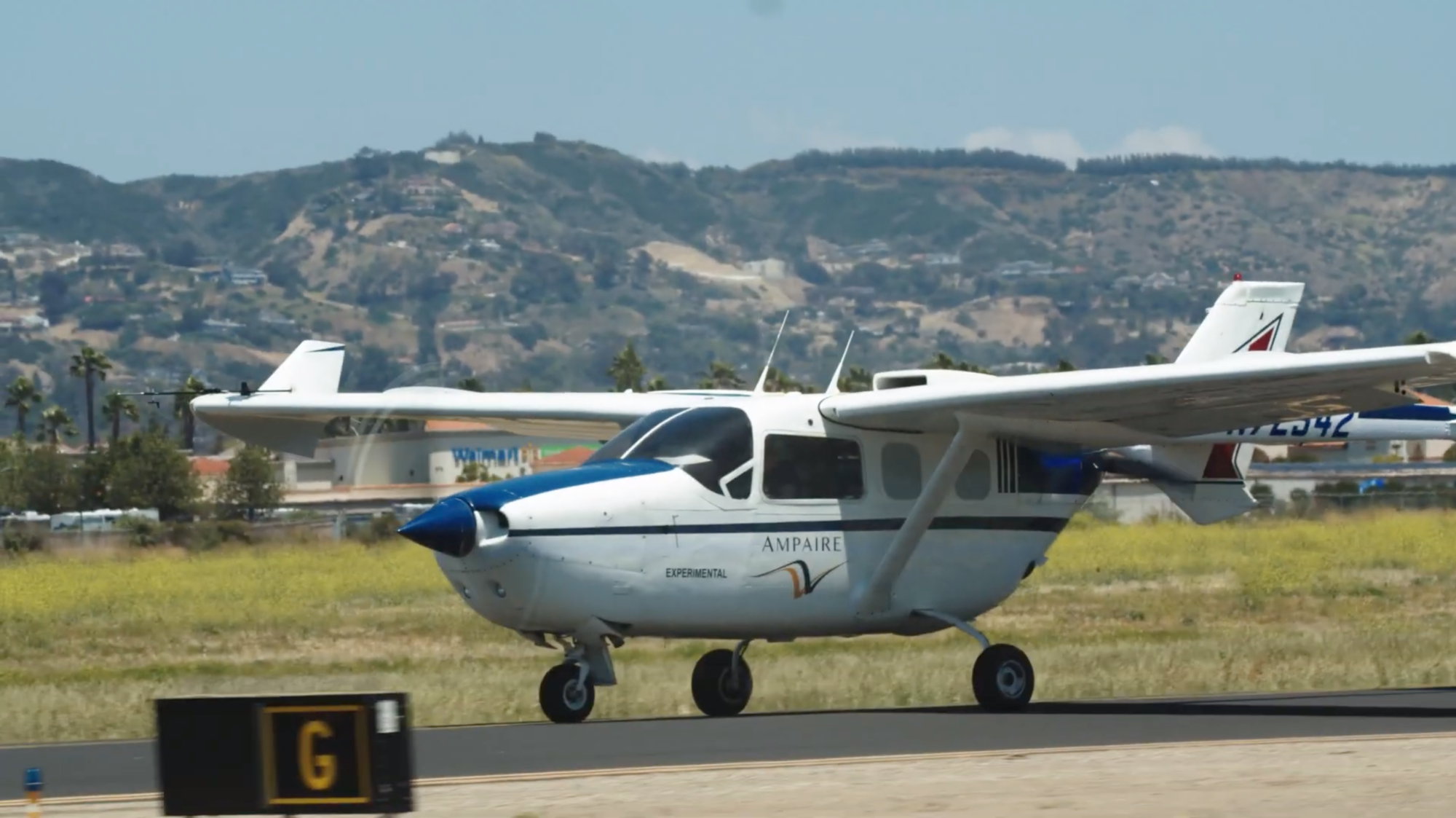 Speed during the cruise portion of the 2 hour, 32-minute flight averaged around 135 mph. “The mission was a quite normal cross-country flight that we could imagine electrified aircraft making every day just a few years from now,” Gillen said.

This milestone in electric aviation took place after four weeks of flight testing in the Camarillo area for this second Electric EEL test aircraft, which first flew on September 10th. In that period, the aircraft flew over 30 hours during 23 flights, in 28 days, with 100% dispatch reliability. “Our success in taking this aircraft in a short period from the test environment to the normal, everyday operating environment is a testament to our development and test organization, and to the systems maturity we have achieved with our second aircraft,” said Ampaire General Manager Doug Shane. A former president of Scaled Composites, Shane is one of the world’s foremost experts on the development and flight testing of new aviation concepts.

The EEL flown to Hayward is dubbed the Hawaiʻi Bird, as it will take part later this year in a series of demonstration flights with Hawaiʻi-based Mokulele Airlines on its short-haul routes. The flight trials with Mokulele will not only demonstrate the capabilities of the EEL but will help to define the infrastructure required for wide adoption of electric aviation by airlines and airports. These flight demonstrations will mark the first time an electrically-powered aircraft has flown under an FAA “Market Survey” experimental aircraft certificate in order to gain real-world flight experience.

In Hayward, the aircraft will be partially disassembled for shipment to Hawaiʻi. The Hawaiʻi flight trials are funded in part by Elemental Excelerator, a global climate-tech accelerator based in Honolulu.

“The Electric EEL is our first step in pioneering new electric aircraft designs,” said Ampaire CEO Noertker. “Our next step will likely be a 19-seat hybrid electric retrofit program that will lower emissions and operating costs, benefiting regional carriers, their passengers and their communities.” Ampaire, with funding from NASA and others, is in the midst of design studies for such an aircraft based on the popular de Havilland Twin Otter aircraft. Ampaire has named the hybrid-electric 19-seater aircraft the Eco Otter SX.

Why it’s important: Ampaire’s strategic approach to retrofitting existing aircraft has allowed the company to rapidly progress in the development of its propulsion technology and demonstrate the potential for making commercial electric air travel a reality. The Los Angeles-based startup has achieved so in the most capital-efficient manner, and is well-positioned to continue its progress given its current partnerships and funding. As said by Ampaire General Manager Doug Shane, “the ability to put innovative electric technologies into the air rapidly in order to assess and refine them is central to Ampaire’s strategy to introduce low-emissions aircraft for regional airlines and charter operators within just a few years.”