Australian startup Airspeeder has been working on building an eVTOL ‘flying race car’ for several years. Now, after gaining many rounds of funding, several partnerships, and constructing multiple prototypes, the company is nearing completion of its full-scale air racer.

The completed ‘Alauda MK4’ will be a single-seater, lightweight, manned racing aircraft capable of flying at speeds up to 130km/h (80mph), up to 12 minutes per swappable battery. Airspeeder’s goal is to build momentum for the world of eVTOL by creating a high-speed racing grand prix series with its aircraft. Alauda MK4s will be equipped with Acronis cybersecurity software, which will allow for near-field head to head racing while preventing collisions.

In its latest developments, Airspeeder has hired Aaron Mourney, a new workshop technician, and Mitch Bannink as Chief Remote Pilot. The hiring of Bannink is particularly significant, as it indicates that Airspeeder is reaching the flight testing stage for the MK4. Airspeeder has already picked locations for its first air races, hoping to begin races as early as next year, and has even begun to seek out pilots to participate from backgrounds in military, civil UAV, motorsports and even E-Sports. 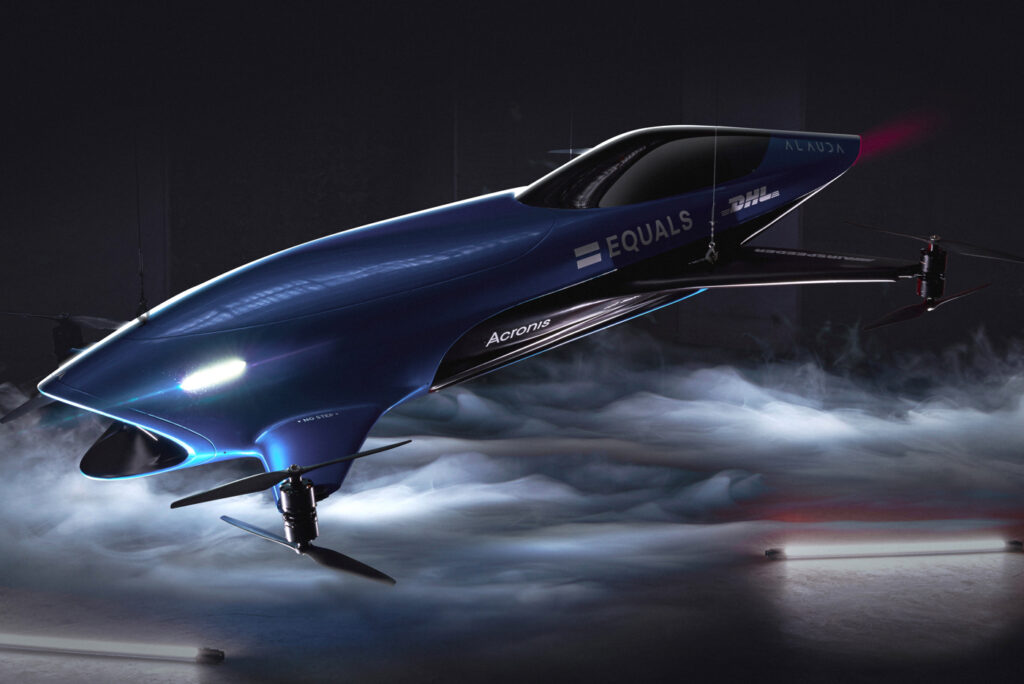 Airspeeder’s MK4 racer in the hangar

Why it’s important: Airspeeder is calling its MK4 aircraft the ‘Formula 1 of the skies’; as the intention of the air race series is push forward the industry of sustainable electric flight. The ultimate goal of Airspeeder is to make ‘flying cars’ a reality sooner rather than later, through the medium of motorsport, just as auto motorsport encouraged the development of affordable and accessible auto transport.