The latest iteration of ASX’s eVTOL tiltwing aircraft, dubbed Six Sigma, rotates its propeller orientation to optimize for its current phase of flight. The company intends to perform a demonstration flight of its full-scale concept vehicle in the third quarter of 2021. ASX co-founder and CEO Jon Rimanelli presented the company’s latest updates to a virtual audience at the Vertical Flight Society’s eighth annual Electric VTOL Symposium on Jan. 27.

“Over the last four years, we designed, modeled and built as many as six different subscale electric VTOL configurations, and what we have now is a design that incorporates innovations and lessons learned into a very exciting configuration which we have now frozen, that we are now calling the Sigma Six aircraft,” Rimanelli proclaimed.

Back in 2019, Rimanelli discussed the long-term plan to execute on ASX’s vision – a plan that involves applying strategies from the mature automotive industry to the production and operation of a fleet of unmanned aerial vehicles in order to benefit from the economies of scale accompanied with high-volume production. The company will rely on Detroit’s traditional automotive supply base, and repurpose it for aviation use. “We’ve got this great industrial base here, we’ve got skilled labor and capacity,” he says. “We can leverage this at scale and make it an accessible product that everyone can afford through ride-sharing programs.” 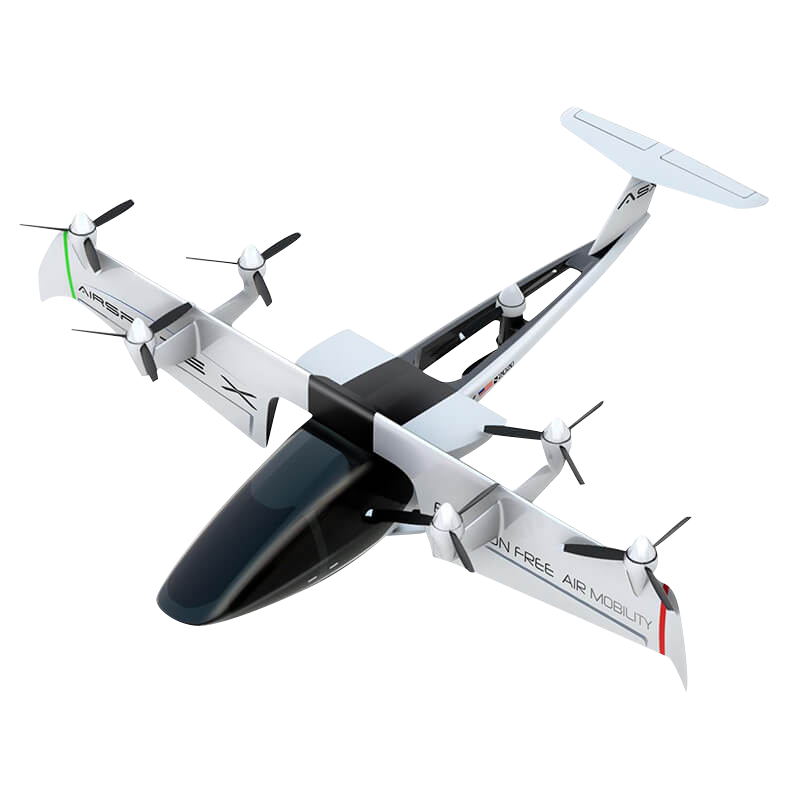 Check out the ASX MOBi-ONE’s technical specifications in the TransportUP Hangar.

The Sigma Six VTOL differs greatly from MOBi-ONE V1 due to multiple design changes such as major architectural changes, repositioning the propeller locations, major improvements to its powertrain, revising its landing gear, and more. The aircraft cannot takeoff and land as a plane, the aircraft has only VTOL capability. The number of passengers the aircraft can hold is unknown as of the January 27th Sigma Six reveal.

Related: ASX and Transcend Air Will Use VerdeGo Propulsion Systems

Why it’s important: ASX has streamlined the design of the payload module for manufacturing, and also simplified the payload stabilization mechanism which will allow the commencement of flight module testing in advance of the payload module being completed. This iterative design and focus on manufacturability will be instrumental to ASX’s success and its ability to scale production of its Six Sigma eVTOL while leveraging Detroit’s automotive industrial base.