With this latest agreement, Sydney Seaplanes has ordered 50 Eve aircraft from Embraer, and has furthered Sydney’s progress towards 100% electric flight in tourism and commuter flights.

Sydney Seaplanes, the largest seaplane operator in Australia, has made a massive commitment to the future of Sydney’s aviation by placing a pre-order for 50 of EmbraerX’s ‘Eve’ eVTOLs, and by partnering with Embraer to begin integrating air taxi operations into Greater Sydney.

The combination tourism and commuter airline has been offering flights out of Sydney Harbor since 2005, starting with a single de Haviland Beaver, and has worked its way up to serving over 27,000 passengers per year.

Said Aaron Shaw, CEO of Sydney Seaplanes, “Eve’s eVTOL technology will integrate seamlessly with our electric amphibious fleet to deliver a range of tourism and commuter journeys. Subject to community consultation, we expect some flights will operate from our iconic Rose Bay aviation terminal in Sydney Harbour. This service will have a widespread appeal which will allow us to open new routes beyond the Harbour and throughout the greater Sydney region”. 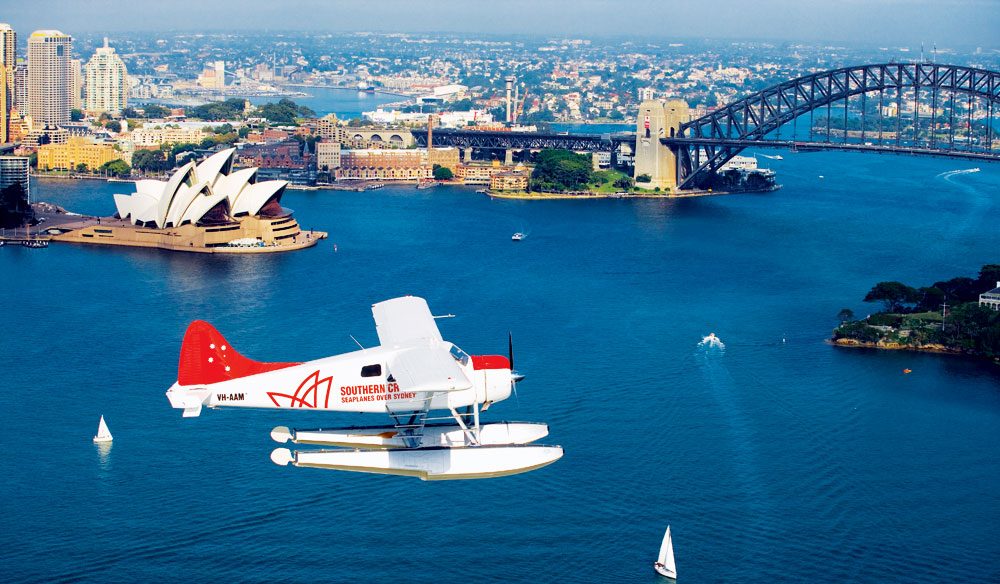 Andre Stein, President & CEO of Eve Urban Air Mobility stated, “We are pleased to support Sydney Seaplanes as they seek to bring new mobility solutions to Sydney. The Greater Sydney market offers significant potential for scaled Urban Air Mobility operations, to make the most of the iconic beauty of Sydney Harbour and to improve the efficiency of movement to complement existing transport modes. Eve will support this new partnership with comprehensive solutions for aircraft operations including air traffic management solutions, maintenance, training, and other services.”

Notably, this is not the first partnership Eve has made with an Australian company. Just this month, eve also partnered with Northern Australia’s largest helicopter operator, Nautilus Aviation, also to begin integrating Eve aircraft into its fleet. In addition, Skyportz and Australian helicopter operator Microflite have also established a partnership to begin building advanced air mobility solutions for Australia, which will likely support eVTOL and electric aircraft efforts.

Initial develiveries of Eve eVTOL aircraft to Sydney Seaplanes are expected to begin by 2026.

Why it’s important: In creating a significant partnership with Sydney Seaplanes, EmbraerX’s Eve has further established roots in Australia to build its vision for aerial mobility in the country. With Australia giving such a positive reception and even governmental efforts toward all-electric flight solutions, Eve can optimistically hope to begin its first air taxi offerings in Greater Sydney.