NextVertical Aerospace to go Public with a $2.2b Merger
Vehicles/Manufactures

Airflow, the developer of one of the world’s first eSTOLs (hybrid-electric short takeoff and landing aircraft), has officially inked a deal with Anchorage-based regional airline Ravn for 50 of its aircraft. 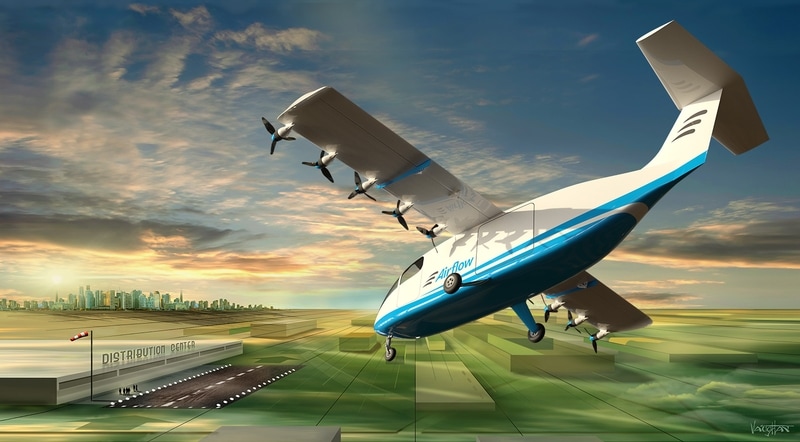 Airflow bills itself as an ‘aerial logistics’ company that’s developing a unique hybrid-electric aircraft for short takeoff and landing missions. Founded in 2019 by five former members of the Airbus Vahana, Airflow’s mission is to transform regional mobility of both passengers and cargo through innovative distributed electric propulsion technology that will enable quiet, efficient, and economical air transport. To this end, its aircraft be able to take-off and land within 300 feet, and offer a hybrid-electric range of up to 500, and carry up to 2,000lbs of payload.

According to a recent press release by Airflow, Ravn Alaska’s order for 50 aircraft will bring the total order book for Airflow’s aircraft up to $200 million. For Ravn, goals for the aircraft will be to expand which destinations they can fly to, improve route economics, and lower carbon emissions. Ravn plans to introduce Airflow aircraft to its fleet by 2025.

Said Rob McKinney, CEO of Ravn Alaska, “As a regional operator, we are committed to serving the many large and small communities of Alaska… With Airflow, we benefit from the new capabilities the aircraft offers that open up new and different destinations, the constantly improving efficiencies of electrification, and alignment between our fleet and the rising demands of our customers to travel with the smallest carbon footprint possible.”

Said Marc Ausman, CEO and cofounder of Airflow, At Airflow, we’re partnering with companies that seek to add new aircraft with new capabilities to their fleets that are flexible, cost-effective, and carbon-neutral. The Airflow team has designed, built, and flown new aircraft on rapid timescales together before, and now we’re applying those learnings to an aircraft that will improve operating economics for airlines and contribute positively to reducing aviation’s carbon impact.” 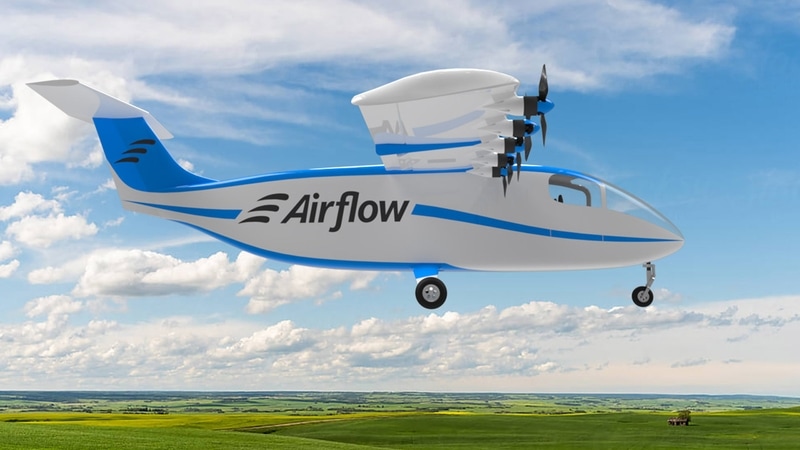 Side view of Airflow’s concept aircraft

Why it’s important: As aerial mobility develops, it is becoming clear that there are many different segments of the industry that can be served by the new distributed electric propulsion technology. While eVTOLs make sense for urban applications, eSTOLs like Airflow’s will also be an excellent solution for increasing route flexibility, improving economics, and reducing carbon emissions on regional transportation missions. In the future, watch for developments of short take-off and landing aircraft as they enter into service for regional transport, and pave the way for even more kinds of electric aircraft to hit the skies.