Aviation giant Airbus has continued to push forward industry advancement with the release of three new hydrogen-powered aircraft concepts. Although the concepts are fixed-wing rather than eVTOL, the release of these new aircraft can do much to push forward the world of aerial mobility propulsion, suggesting high potential for the future of hydrogen-powered flight. The new aircraft (depicted below) are scheduled to enter flight service by 2035. 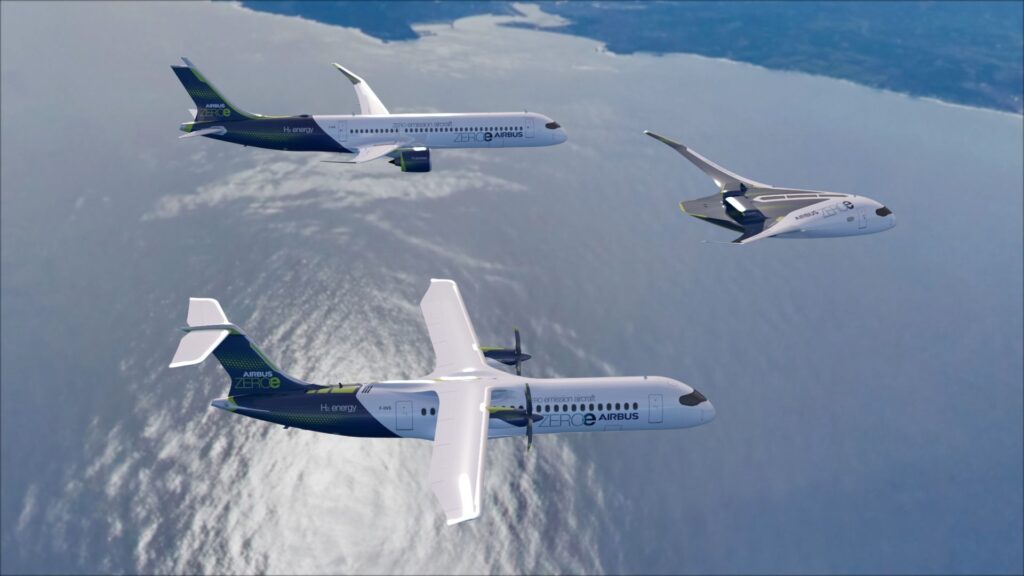 The ‘ZEROe’ zero-emissions aircraft series includes a turbofan concept, a turboprop concept, and a “blended wing body” concept, which will open up multiple options for hydrogen storage and distribution and cabin layout

Liquid hydrogen represents a fairly bold choice for Airbus for the future. Previously Airbus had been working on the E-FanX, a now archived battery hybrid-electric concept. While many companies such as eViation Alice, Ampaire, and VoltAero are still focusing on creating rechargeable hybrid aircraft, which will greatly improve fuel use efficiency, Airbus is entering new territory in choosing liquid-hydrogen propulsion. eVTOL companies using hydrogen as a power source so far only include the Alaka’i Skai, and the Urban Aeronautics CityHawk. In general, hydrogen power is often chosen for its energy efficiency by weight. For example, a pound of liquid hydrogen can output more energy than can a lithium-ion battery of the same weight, making it a good choice for efficiency in aircraft design. However, hydrogen is not always as readily available as electricity. 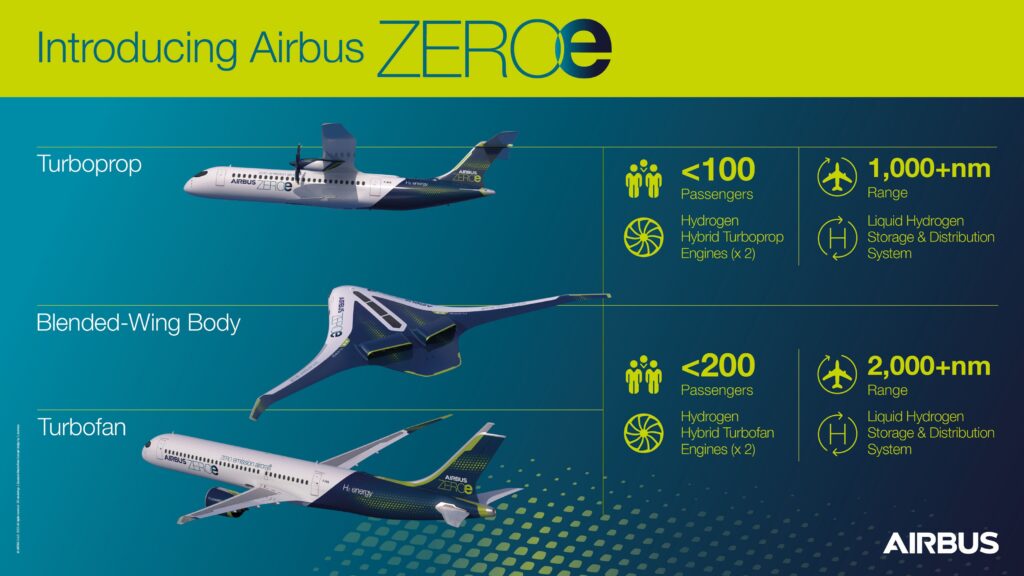 This release by Airbus represents the company’s larger efforts to innovate in aviation. Of late, Airbus has also concluded its Airbus Vahana eVTOL project, and begun additional work on its Airbus CityAirbus eVTOL concept, which has now successfully completed autonomous hover flight. Airbus also recently outlined its vision for the future world of aerial mobility as a whole in its Airbus Altiscope blueprint.

Why it’s important: Airbus’s choice of hydrogen gives significant insight of what kind of fuel zero-emission aircraft may use in the future. Although many current eVTOL concepts currently are battery-electric only, some have chosen to use hydrogen as well for their various purposes. To many aircraft developers, choosing between hydrogen and battery-electric will be an important strategic business and technology choice, focused on what kind of applications their aircraft require.