The US Air Force will soon be showcasing over 35 designs submitted for its High-Speed VTOL (HSVTOL) challenge. The program is nested under AFWERX, a government funded initiative to bolster the United States’ national security through the commercial technology sector and provide some level of funding for development of VTOL platforms.

The challenge was launched earlier this summer and aims to seek out agile designs that could accommodate military missions in the future transporting people and cargo into and out of landing sites quickly. AFWERX has now selected 35 entries from over 200 applicants which all feature some form of high-speed cruise, in-air refueling capability, and flexible payload configurations.

AFWERX has yet to officially announce the winners of the challenge, but some of the winning organizations have announced their selection via social media. These include the likes of Bell Helicopter (which seeks to replace its V-22 Osprey with HSVTOL crafts), Jetoptera/Northrup Grumman, and Jetpack Aviation to name a few. 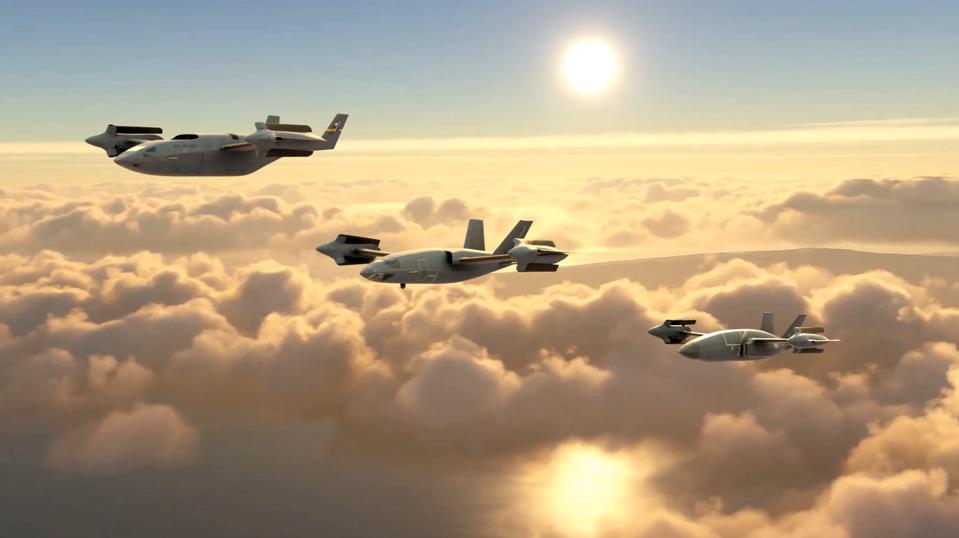 Many of these designs feature exotic propulsion configurations not usually seen on “conventional” eVTOL platforms including vectored thrust and fluidic propulsion.

Perhaps the most intriguing platform submitted is from Bell which has a long standing partnership with the US military and other defense agencies worldwide. Renowned for its Osprey line, Bell has designed an HSVTOL which features tilting jet engines and can cruise at over 400 knots. Further, Bell states the design can be scaled up to a 100,000 lb maximum take-off weight, which offers an impressive payload capability.

Why it matters: Government-led competitions have an accelerating effect on the development of advanced technologies for the public and private sectors. The Air Force’s most recent competition offers unique insight into how the military plans to next use VTOL technologies. It is reasonable to believe many of these designs will be purpose-built for manned and unmanned missions alike in addition to utilizing novel propulsion configurations. These developments serve to advance the aerial mobility space as manufacturers race to lock in on winning configurations.