The US Air Force Research Laboratory (AFRL) in partnership with DZYNE Technologies has successfully flown a 2 hour unmanned mission under its Robotic Pilot Unmanned Conversion Program, ROBOpilot. The program aims to provide reversible conversions to existing aircraft platforms. For this test at the Dugway Proving Ground in Utah, a 1968 Cessna 206 completed a simple 2 hour flight with no humans on board and proved the technology’s abilities. The robot uses sensors, including GPS signals and Inertial Measurement Units to process live data and command the aircraft’s control yoke, rudders, and propulsion systems. 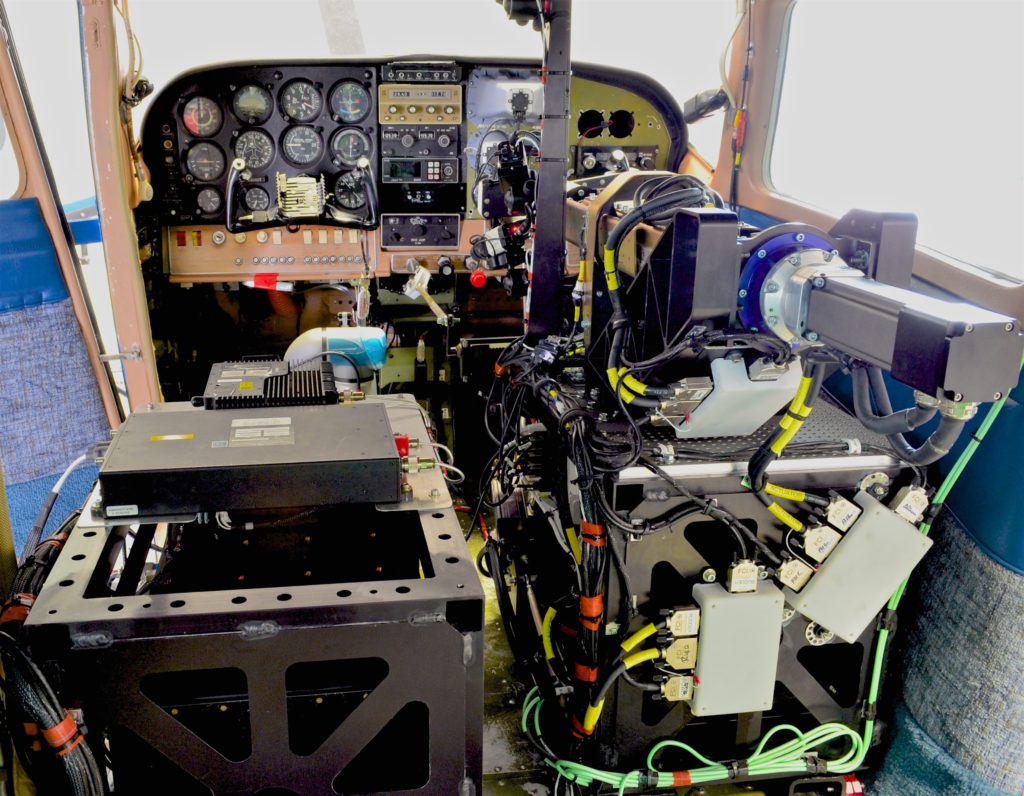 Rear view of the installed ROBOpilot system during preflight for first flight.

“Imagine being able to rapidly and affordably convert a general aviation aircraft, like a Cessna or Piper, into an unmanned aerial vehicle, having it fly a mission autonomously, and then returning it back to its original manned configuration,” says Alok Das, senior scientist with AFRL’s Center for Rapid Innovation. “All of this is achieved without making permanent modifications to the aircraft.”

ROBOpilot would allow for rapid configuration changes between manned and unmanned operation on-board eVTOL platforms of the future. This flexibility would enable operators to complete missions better suited for unmanned flight. Perhaps more importantly, the technology could push the barriers to fully automated eVTOL operation even lower by offering a relatively low-cost solution to test advanced autoflight software for safety and reliability.

ROBOpilot was built and tested under a Direct to Phase II Small Business Innovative Research (SBIR) contract. No plans to expand upon the program have been announced yet.

Why it matters: While many early stage OEMs are proposing manned configuration vehicles, labor costs will remain a predominant expense in UAM economics and some mission profiles may benefit from having no pilot (or human) on board. This technology offers great opportunities to test preliminary unmanned systems software in the urban air mobility space and could pave the path to fully automated eVTOL flight. See video below.