While the eVTOL industry is mainly focused on providing shared air taxi networks for public transportation, Integrated Distributed Electric Propulsion, otherwise known as ‘IDEP’, has many other possible applications beyond in-city, traffic-shortening flights. 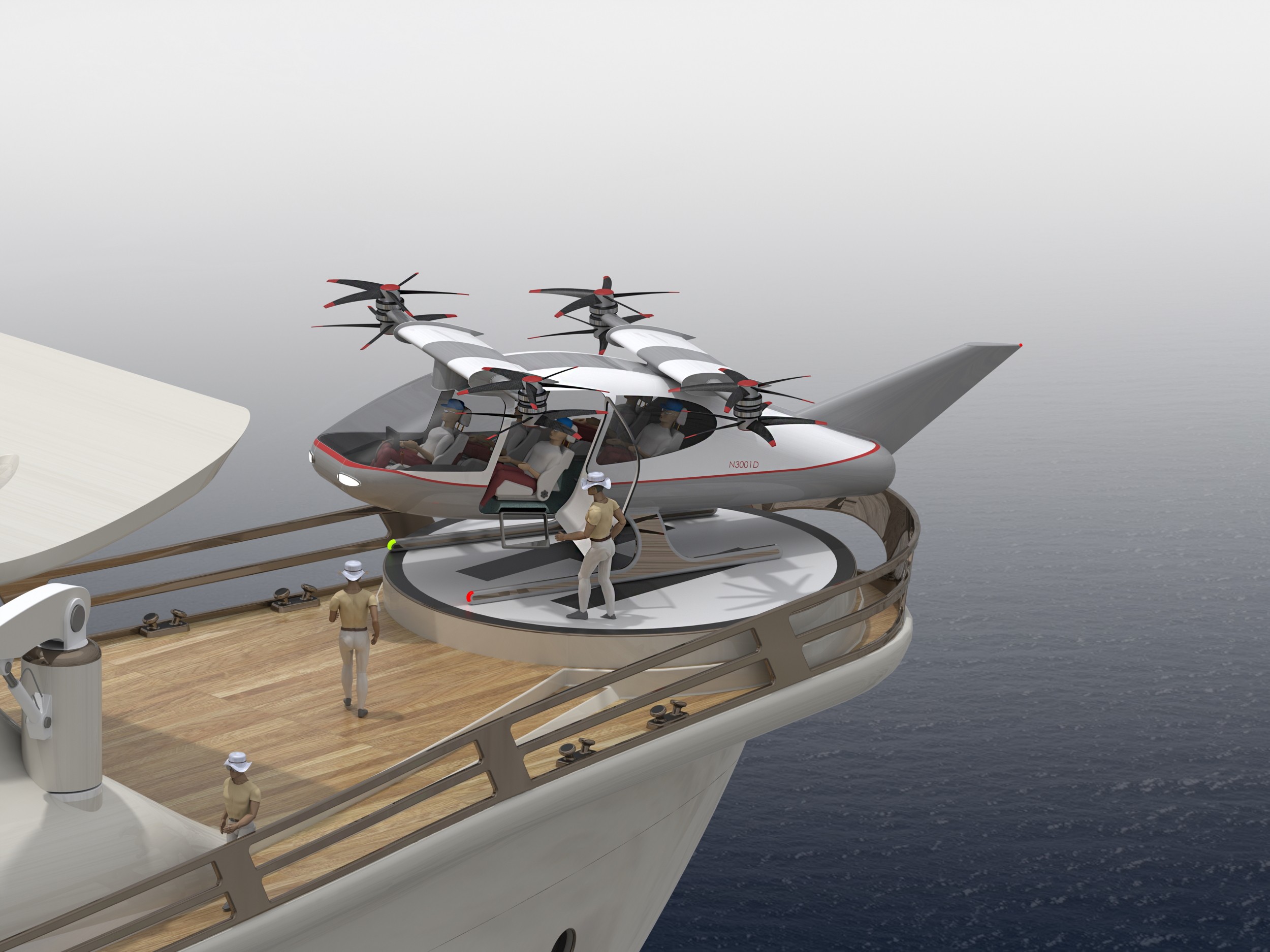 Of the many possibilities that distributed electric propulsion has to offer, the foremost that have been mentioned outside of air taxis are applications like search and rescue, cargo delivery, and surveillance. All these applications have been listed in particular because of the versatility of these aircraft; they can often use their low noise, size, and carbon footprints to access areas that other traditional rotorcraft cannot land or take off in. Another reason these aircraft might be preferred to rotorcraft is their lowered operating cost; as electric charging costs far less than traditional aviation fuel, and can sometimes be easier to access given existing infrastructure.

The reduced size, carbon footprint, noise emissions, and lowered operating costs of eVTOLs could make them the perfect aircraft to replace the small helicopter in ship-to-shore operations for both private yachts and luxury cruise ships. These aircraft could be particularly useful in high-end cruise ships since they could offer both aerial tourism operations as well as ship-to-shore transportation. 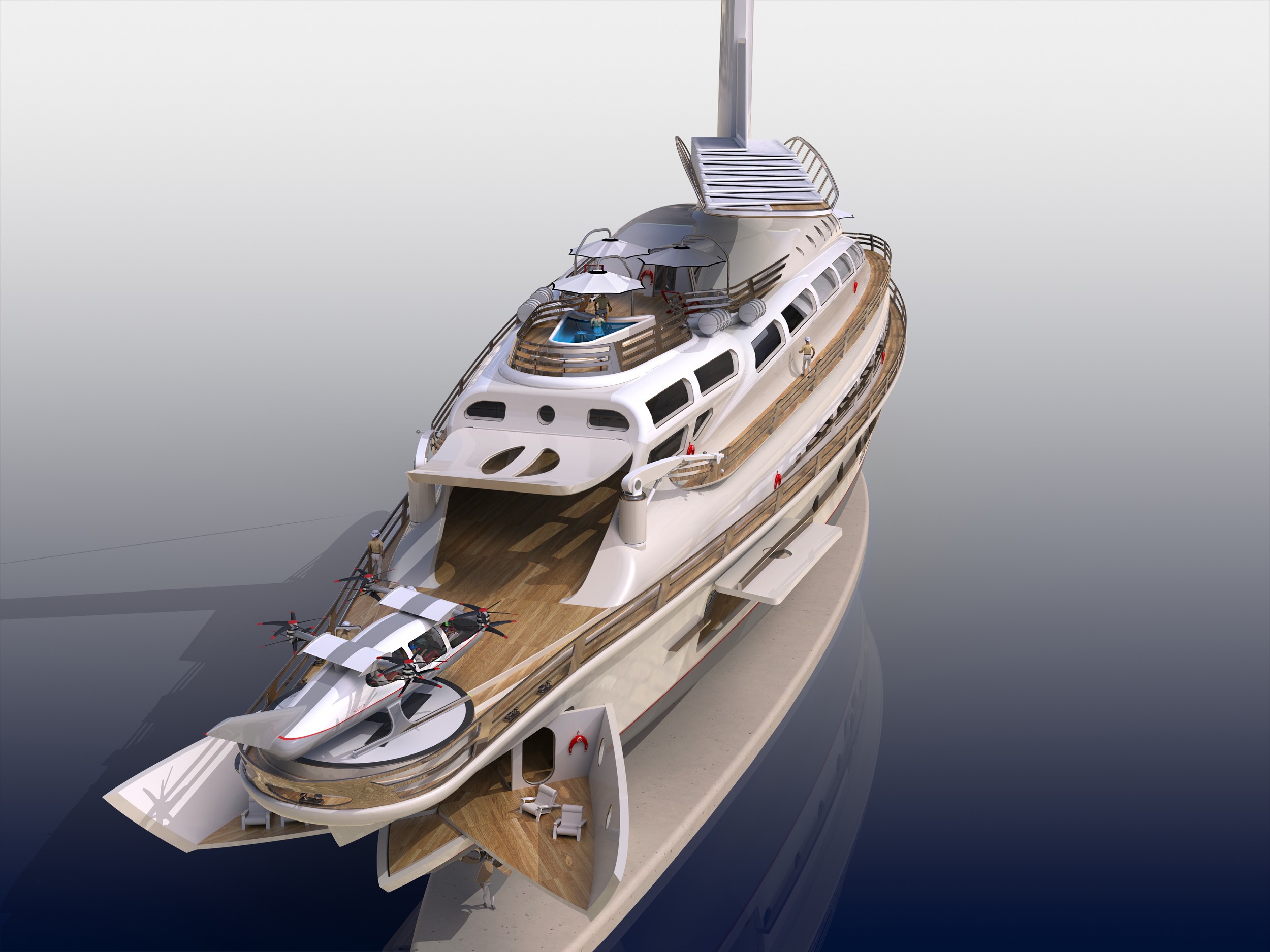 In this vein, California-based designer Steve Kozloff has imagined the Elegante, a massive luxury sailing ship that includes an eVTOL tender rather than a traditional boat or small helicopter. The eVTOL tender, which Kozloff has named the ‘Ship-to-Shore Air Limo’ (SSAL) features both a boat-like hull and retractable landing legs, which would allow it to act as both as a boat and an amphibious helicopter. This would give the eVTOL the ability to land on any relatively smooth water, without the need for landing pad, and then cruise directly to shore to pick up passengers or cargo, before flying back to its landing pad on the Elegante. Alternatively, the SSAL could be also used purely as an aircraft to provide direct transport from the ship to inland locations. These combined abilities would offer unique chances for destination exploration to passengers of the Elegante. 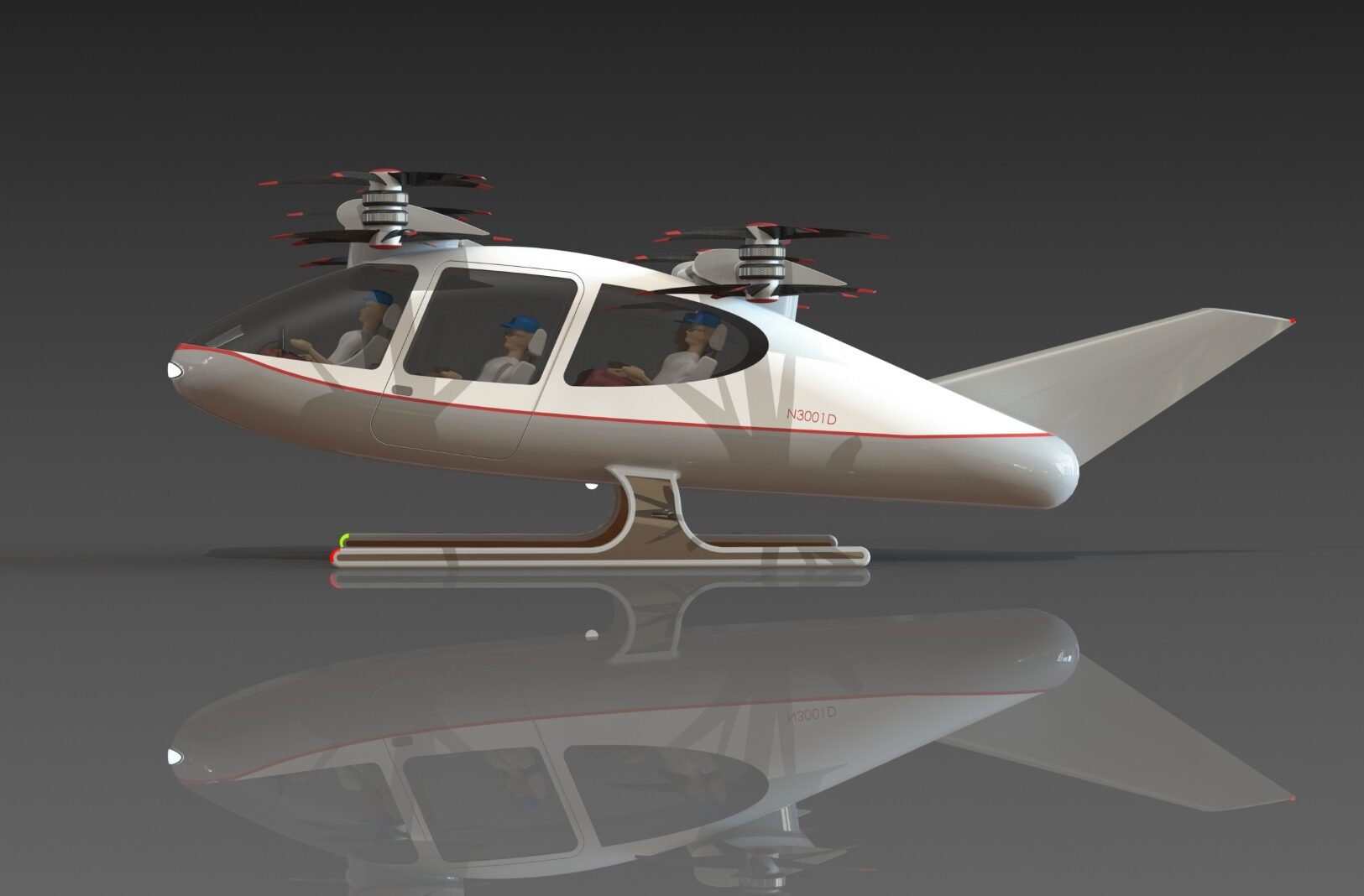 The Ship-to-Shore Air Limo as shown from the side, showcasing its hull-like bottom.

According to Kozloff, the eVTOL would initially have a 35-minute flight endurance (which is in line with existing battery technology), a total length of 30 feet (9 meters), a height of 9.43 feet, and a gross weight of 4500 pounds. There would room for five passengers plus one pilot.

Why it’s important: Although Kozloff’s SSAL is at the moment only a concept, it demonstrates the vast potential for eVTOL technology even beyond urban air taxis. The lack of large, loud, and complex combustion engines can potentially give many types of vehicles the opportunity to find new and extended applications beyond their traditional designs.