A Trade Study in Endurance and Performance: Airspeeder’s Battery Configuration

In many cases, the degree of quality for battery performance in aviation equates to endurance: how long a given energy source can power an aircraft. In the aerial mobility industry, a large amount of focus is being directed towards increasing endurance times for energy sources, often by maximizing the efficiency of energy use per unit of time.

Often, endurance and performance are highly related. Australian Flying Car Racing development company Alauda is designing a battery system that identifies performance as the primary design constraint, in lieu of endurance, to allow for their prototype F1 style flying car racing aircraft to perform at the highest levels during the company’s self-created racing series. The result has been solutions that will improve both performance and endurance: Alauda’s design will enable its Airspeeder flying race cars to identify and optimize their battery systems for both performance output (power) and recharge times, and features a modifiable battery system that can be altered per mission requirements.

While the inner workings of the Airspeeder’s battery composition remain proprietary, the battery packs are modular, employing a sliding rail system that locks cells together and to the aircraft’s frame when installed. (Such a design allows for virtually instant “recharge” times, as depleted batteries are replaced by fully charged cells in lieu of being constantly recharged.) The modular system also allows for customization based upon flight leg – when a race or aerial mobility flight doesn’t span hundreds of miles, a smaller sized battery array (i.e. installation of less cells) could allow for a substantial weight reduction, resulting in performance or useful load increases. This option emphasizes the benefits of a flexible design architecture. For example, this same technology could be applied to cargo eVTOLs to increase payload capacity, range, or speed capabilities depending on the mission.

Alauda has underscored that their goal is to advance flight technology in the same way Formula 1 racing technology advanced the automotive industry – by applying cutting edge innovation to racing and allowing for that technology to mature and make its way to commercial applications. 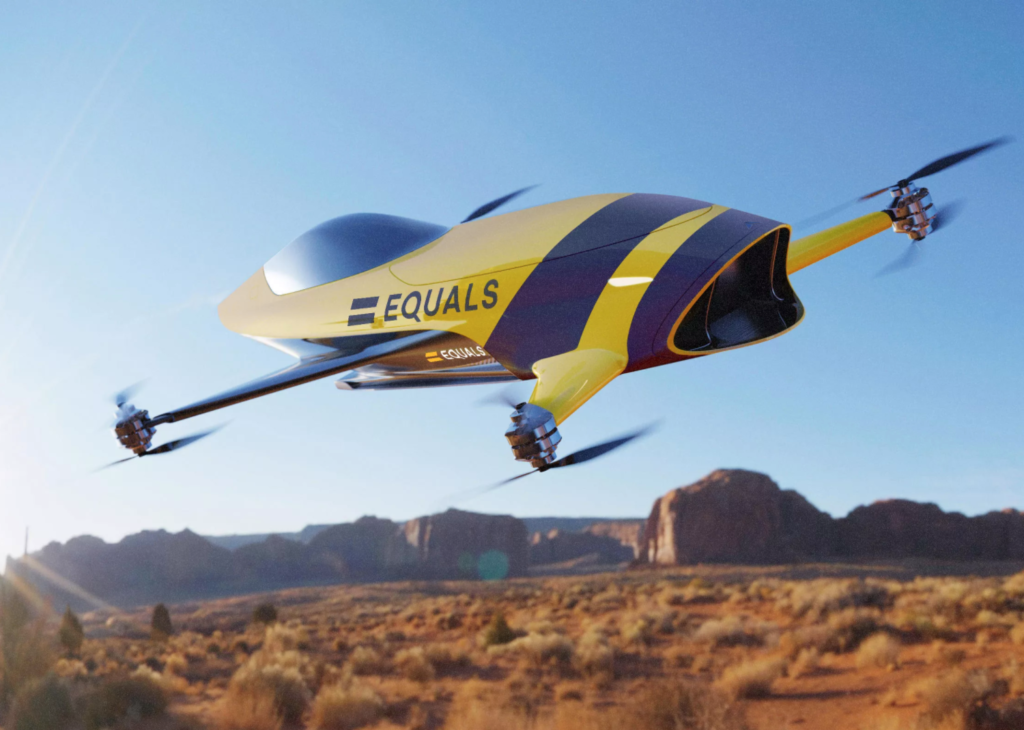 Mock-up an the Aluada Airspeeder in flight

Why it’s important: Optimization of the propulsion system of eVTOLs and aerial mobility aircraft will be one of the most likely contenders for sustained performance improvements following initial certification of eVTOL aircraft for commercial use. Designs like Alauda’s Airspeeder give insight into what propulsion characteristics will be most important when developing and advancing new air vehicles.