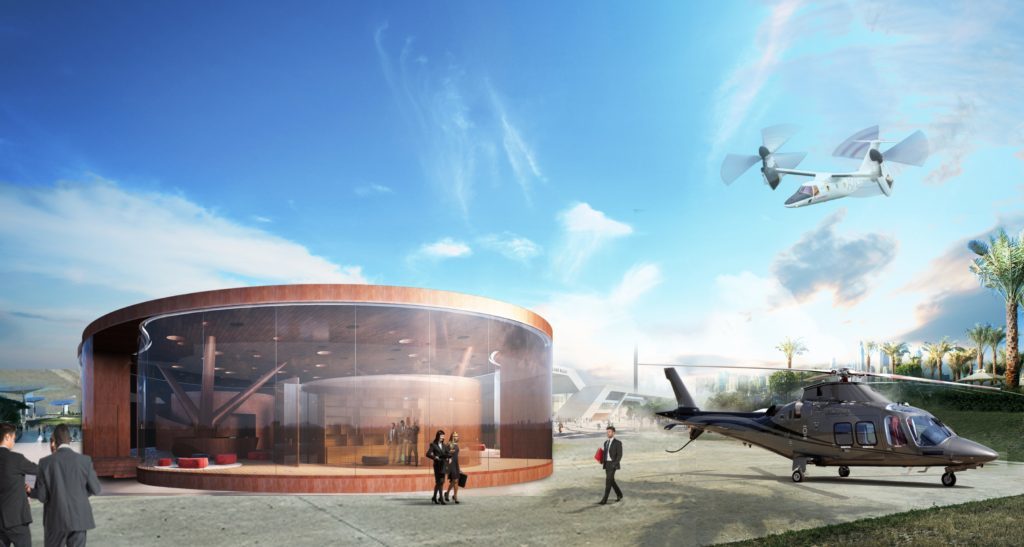 Leonardo’s new rotorcraft terminal will support the development of a network of point-to-point connections for both urban transfers and connections between cities.

At the Dubai Air Show earlier this week, Leonardo, in collaboration with Falcon Aviation Services, released its concept for a ‘rotorcraft dedicated’ terminal. According to Leonardo, the new terminal initiative is meant “meet the growing demands for sustainable and modern vertical lift mobility.” and enable “greater access to urban areas.”

Built specifically for VTOL aircraft, the terminal concept combines a helipad, lounge, and show room into a single heliport, built to be placed in densely populated urban areas. Leonardo envisions that the terminal will support both point-to-point travel within cities as well as connections between them. The terminal is made of recyclable materials, and can even be moved between urban locations according to flight demands.

Alongside this new vision for urban air transport infrastructure, Leonardo is developing the AW609, a pressurized, passenger version of the existing military Osprey V-22. Once completed, the AW609 will be the world’s fastest commercial rotorcraft. Leonardo is currently working with the FAA on certification, and expects to be able to begin commercial flights in 2020. 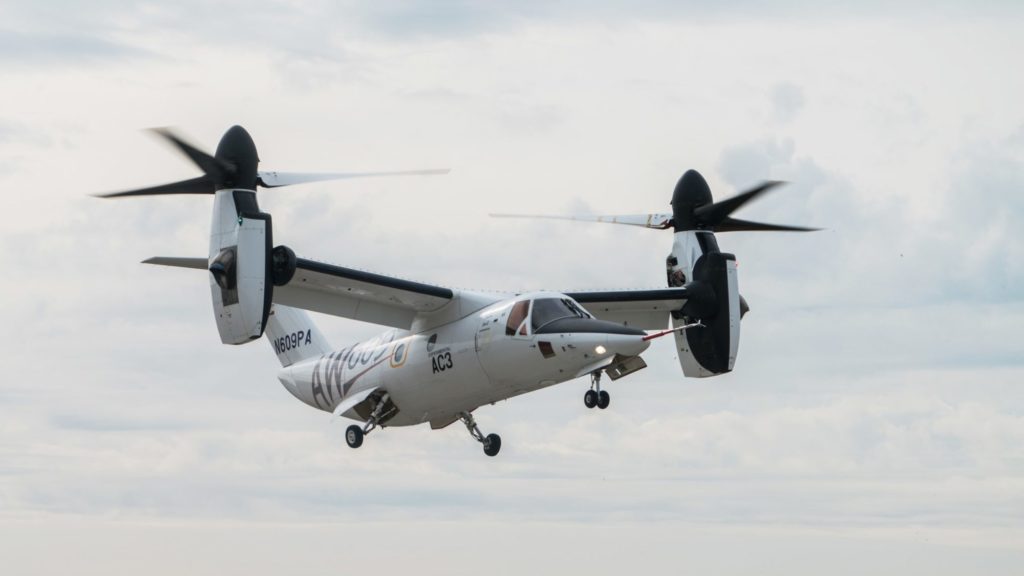 The Leonardo AW609 passenger tilt-rotor aircraft. The AW609 is pressurized, and fitted with a luxury interior.

Why it’s important: Although Leonardo’s concept terminal is not the first ‘Vertiport’ imagined, it may be one of the first in commercial use. Unlike existing concepts, which are specifically designed for new eVTOLs, the Leonardo/Falcon Aviation terminal will support all types of vertical lift aircraft. This means that it will soon commence service for helicopter flights, providing an excellent proving ground for future aircraft.