The EHang 216 Takes Flight in Vienna

On April 4th, the EHang 216 made its first successful public test flight in the Generali Arena in Vienna, Austria. The flight lasted only a few minutes, and the drone was restricted to an altitude of about 30 ft. inside the stadium, as the drone was not yet certified to fly in Austrian airspace. However, the Chinese firm EHang remained firmly confident in the EHang 216’s capabilities. 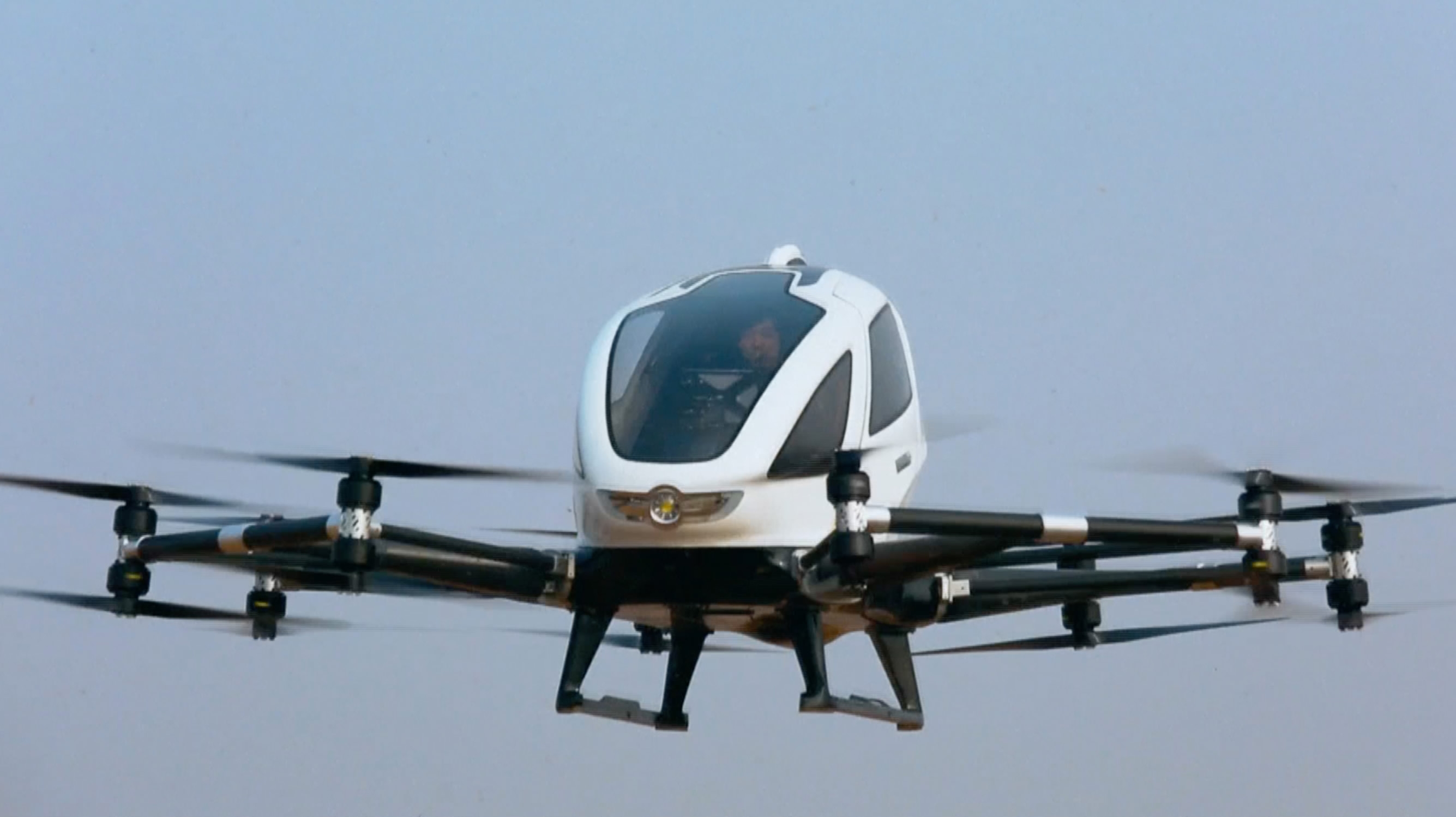 FACC CEO Robert Machtlinger told reporters that the project had already carried out 7,000 flying hours, 2,000 of which have been manned.

The EHang 216 is completely autonomous, and can fly at up to 80 mph for nearly half an hour. Equipped with two passenger seats, it can carry a total load of up to 570 lb. The 750 lb. drone features 8 sets of rotors, for a total of 16, which currently emit a noise level of 90 decibels, possibly uncomfortable for passengers and onlookers. The firm expresses future intentions to bring down the noise level to at least 75 decibels. A 17 kilowatt battery allows the EHang 216 to travel at consumption levels “comparable to an electric car in an urban environment.” 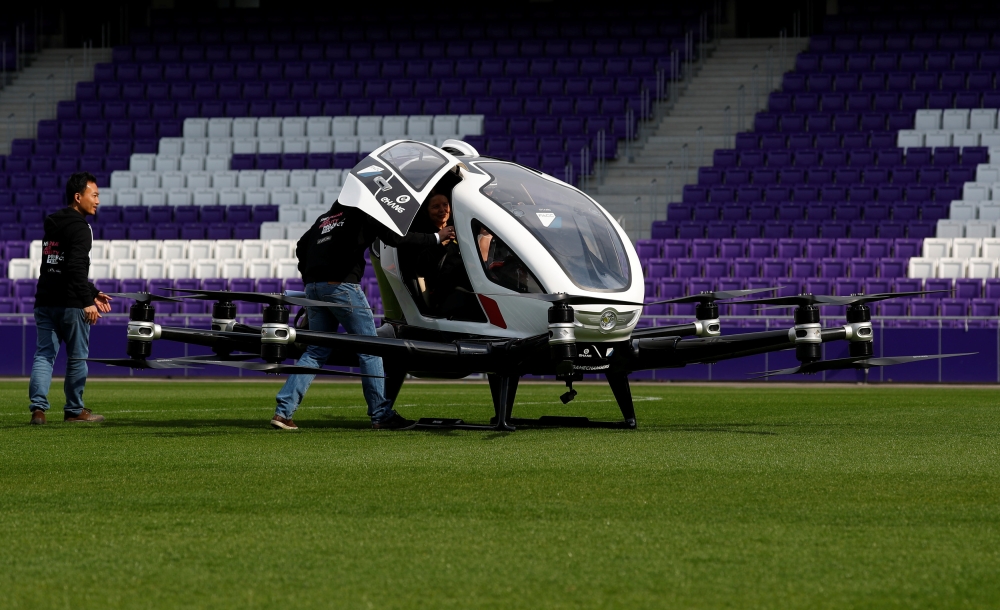 EHang, currently partnered with FACC, an Austrian aerospace company owned by Chinese aerospace group AVIC, expresses plans to begin mass-production of the drone soon, with a goal of 300 drones by mid-2021. So far, the company reported that they have already received thousands of offers, with the highest interest coming from China, as well as companies aiming to utilize short-haul services for passengers, industrial equipment and urgent medical deliveries. 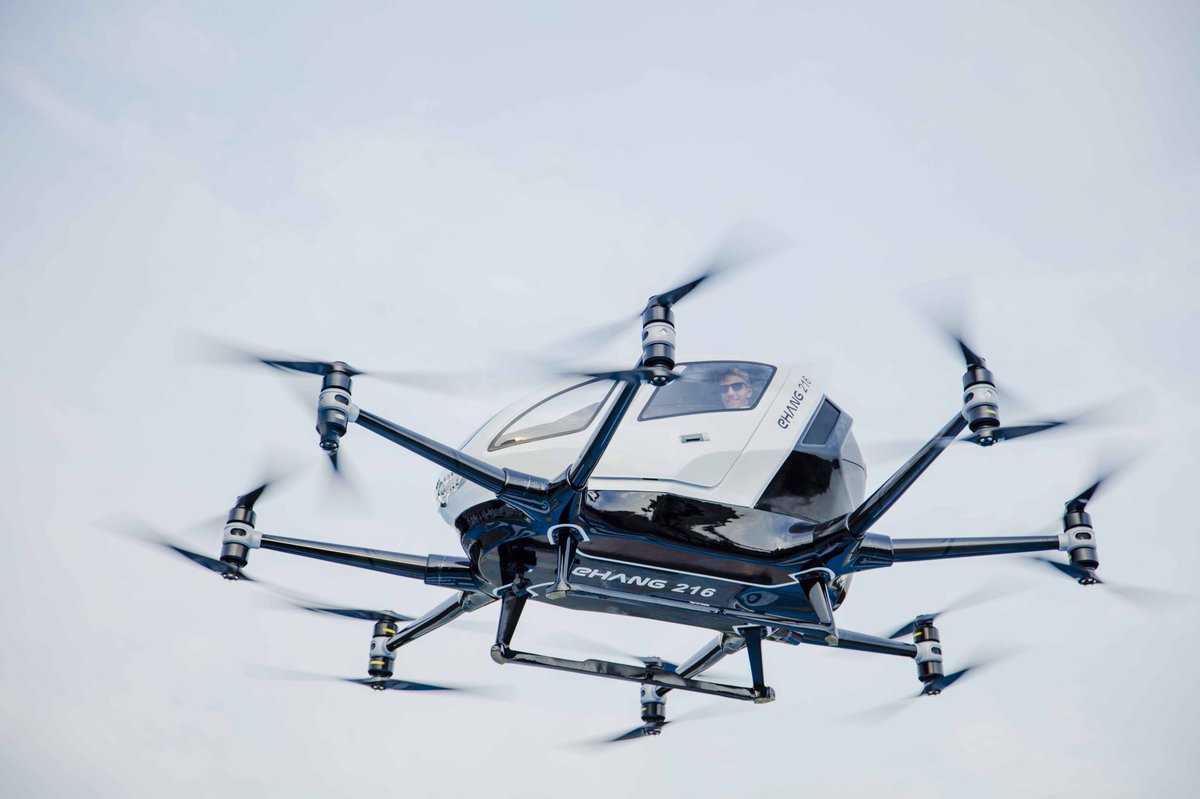 “Technically… urban mobility, flying without a pilot is possible, it’s not a dream, it’s existing. What is hindering us to go into larger volumes is regulation,” said FACC Chief Executive Officer Robert Machtlinger.

EHang says it eventually hopes to use to the drone to carry passengers at low altitude over distances of up to 35 kilometers but for now still needs to be cleared for use by aviation authorities. However, both EHang and Austria remain optimistic. Austrian Transport Minister Norbert Hofer, who was present at Thursday’s demonstration, said that “I hope that Austria will be the place where thousands of these drones, of these air taxis will be built and I hope that very soon we will see a lot of these air taxis in the air.” 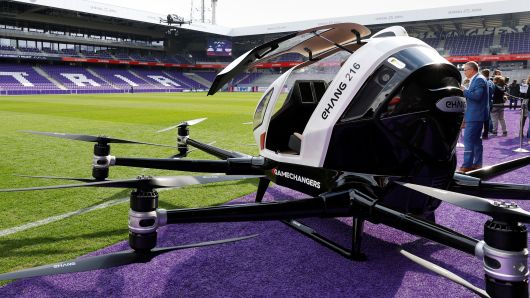 The EHang model is expected to cost around £170,000 but would not be available for private buyers.

Why it’s important: EHang’s competitors are also working toward offering autonomous flying cars early in the next decade, ranging from aerospace giant Airbus to Uber and AeroMobil. The race to feature the first legally regulated passenger drone has massive implications for who will stand at the forefront of the UAM industry, and what kind of options future consumers will have in regards to urban air transportation. If successfully enacted, the regulations for the EHang 216 could be set the framework for how UAM is regulated across the world in the future.