The Cyclocopter: Another Way to Approach UAM 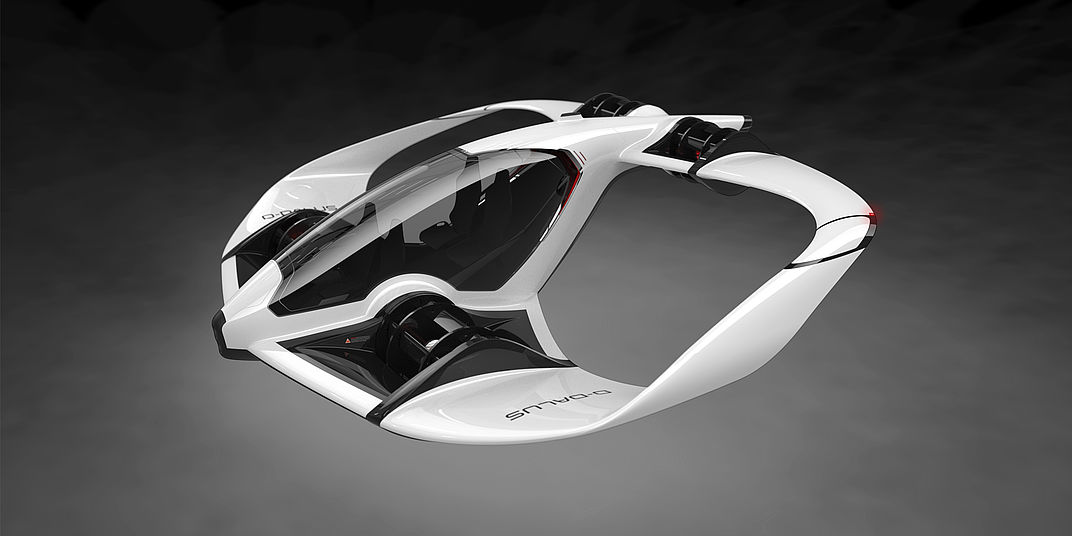 The D-Dalus, a conceptual cyclocopter created by IAT21, an Austrian startup company.

The FPI cyclocopter, a technical design thought up by the FPI, is a hybrid eVTOL vehicle driven by rotating, cylindrical wings, with each individual wing composed of many small paddles, or ‘winglets’. Utilizing this design, the cyclocopter can quickly change its direction of thrust by altering the angle of the paddles. Combining the elements of vertical takeoff and landing with conventional forward flight, the cyclocopter is an impressive design based off of the FPI’s conclusion that the their wing design will exhibit the best aerodynamic performance for an airborne vehicle. With better maneuverability than helicopters, a better ability to handle gusts, and significantly lower noise emissions, theoretically, cyclocopters are superior to rotorcraft. 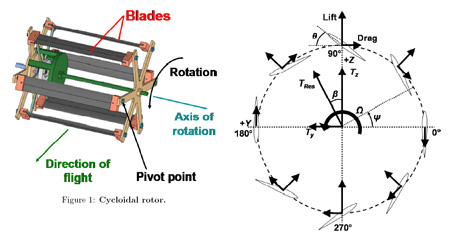 However, the main issue with ‘cycloidal propulsion’ is the scalability of the design. Larger rotor blades like a conventional helicopter blade generate lift through flow over the airfoil. Smaller rotor blades rely on generating lift through utilizing unsteady aerodynamics and leading-edge vortices, like an insect. The latter method is what cyclocopters use, with teams like Professor Moble Benedict’s at Texas A&M’s Advanced Vertical Flight Laboratory successfully building the smallest cyclocopter ever (29 grams). But trying to go larger in size reduces the efficiency of generating lift. 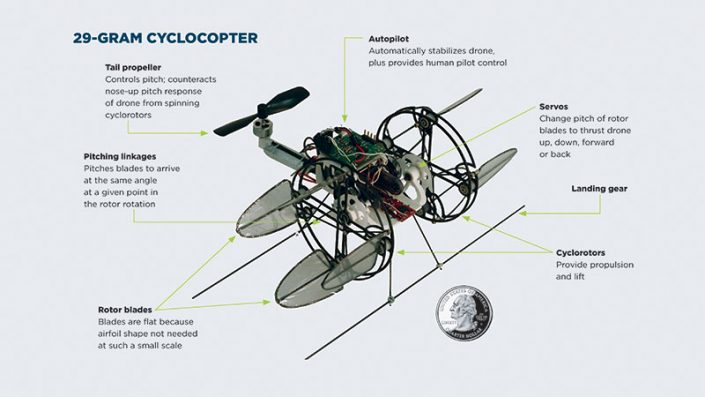 “There is a large rotating structure which has to be carefully designed to be strong enough to handle the large centrifugal loads, and light enough to be used on a flying vehicle,” says aerospace professor Moble Benedict of Texas A&M. 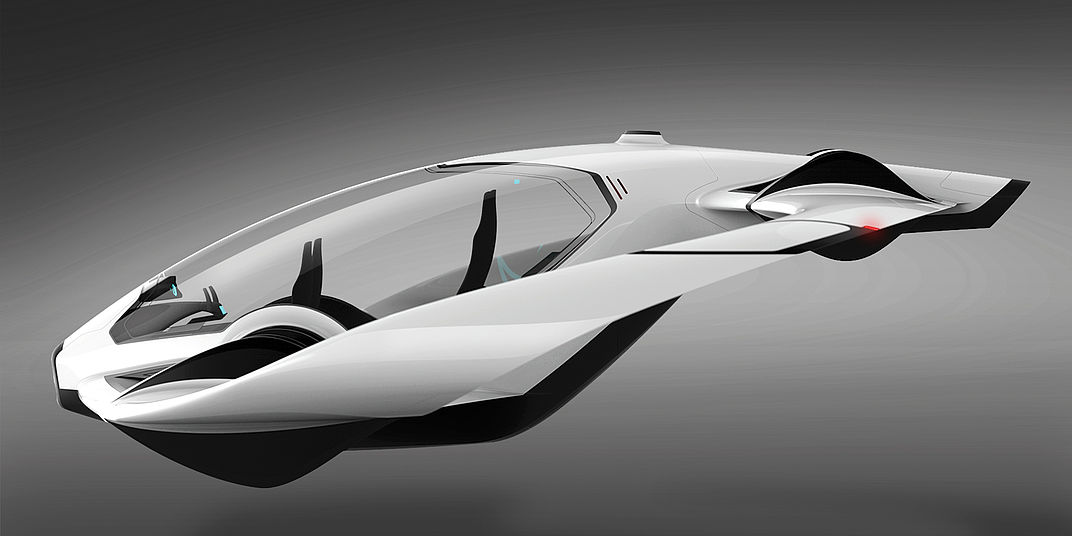 “I personally have been in three helicopter crashes of varying grades during my military career. The cyclo-gyro aircraft design that we had could glide on engine failure. None of the helicopters I crashed in seemed to want to do that.” says David Willis, former CEO of IAT21, most notable for the cyclocopter D-Dalus

In fact, the FPI reports to have finished separately building and testing the power plant, control system, and other components for their cyclocopter, and are now in the process of finishing their final design. Unmanned flight tests are scheduled for 2020 and manned test flights will follow afterwards.

Why it’s important: If successfully built, a car-sized cyclocopter could be more maneuverable, efficient, stable, and environmentally friendlier than most of the UAM vehicle designs and prototypes today. A small, agile flying machine easily able to maneuver in an urban environment with low emissions and noise levels and lower power requirements has obvious implications for the UAM industry, and urban transportation as a whole.