TECNALIA, a multi-faceted technology firm based in Spain, has developed a 16-rotor prototype air taxi capable of flying up to 15 kilometers. The company predicts this technology could be in commercial use within five years. 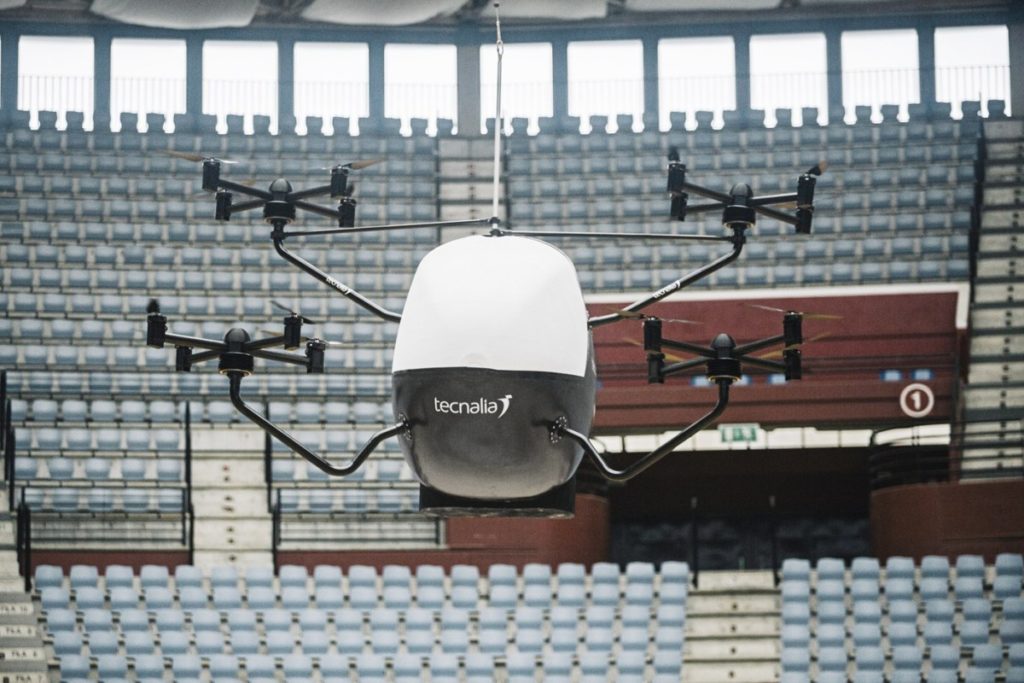 TECNALIA’S mission is to “transform technology into GDP.” It has currently made six of its new eVTOL air taxi prototype, which is designed to autonomously carry people and cargo short distances across major cities. According to TECNALIA, even a 15 kilometer range will be able to meet urban transport requirements in 85% of the world’s major cities.

The new eVTOL aircraft is small, but can carry up to 150 kilograms, and is easily scalable to larger sizes and capacities. It has a cruise speed of 90km/h, a top speed of 190km/h, and a cruise altitude between 100 and 300 meters. The cabin measures 1.8 meters by 2 meters with a door and window. 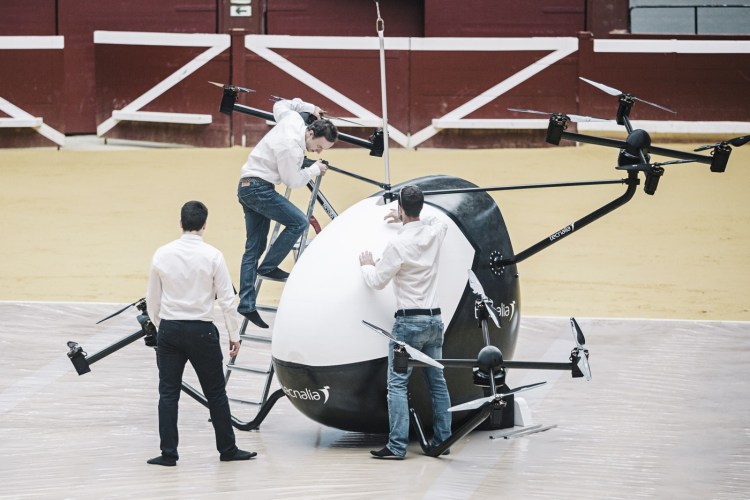 Interestingly, the eVTOL design features four sets of four rotors each, giving the aircraft the look of having a traditional quadcopter drone at the end of each of its rotor arms. According to TECNALIA, each of the ‘drone’ rotor sets is capable of operating independently, but in co-ordination, allowing the eVTOL to maintain its orientation now matter what speed it flies. This will give passengers the sense that they are riding in a bus or car rather than having to tilt as they move forward.

TECHALIA has been investing in cutting edge technology for many years in Spain including clean energy, transportation, cryptocurrency, and even health and lab services. The TECNALIA Research & Innovation is the first privately funded applied research & technology organization in Spain. Learn more about TECNALIA’s mission, offerings, and eVTOL on its website, and watch the full video of a test flight below:

Why its important: As more and more eVTOL designs are emerging around the world, many high-impact companies like TECNALIA are starting to invest in eVTOL technology. Although the TECNALIA eVTOL is not very large, its design represents a unique and thoughtful approach. With the growth of the air taxi industry, TECNALIA is taking a leading step forward in the Spanish market.